Cardano (ADA) price keeps its together quite good this Wednesday as other major cryptocurrency pairs are nearing key levels, with Bitcoin flirting around $20,000 and ETH nearing $1,000. Markets got blindsided by an emergency meeting from the ECB, hinting that Frankfurt is seeing issues in the rising spreads from Italy after they announced stopping with their bond buying program as of July. With traders on edge, ADA price is refraining from making new lows for now, but the Federal Reserve meeting later today could be just that one event to many in order to keep price action in check.

ADA holds it together for now, with traders on edge

Cardano price sees mayhem in the markets this Wednesday with surprise meetings from the European Central Bank just hours before the Fed, the US central bank, is set to become more hawkish as initially perceived. Traders, however, are keeping their act together in Cardano as it refrained from making new lows while big brother Bitcoin is on the cusp of breaking below $20,000. Eventually, the lower break should come for Cardano as most stars are aligned for ADA price action to drop lower.

ADA price will drop towards $0.37 at the monthly S1 support level, which would take out the low of May 12 at $0.384. The Relative Strength Index still has some room to the downside, opened up before hitting the oversold barrier. Expect BTC to break below $20,000, with either the Fed or ECB statement to be enough as a trigger to do so. 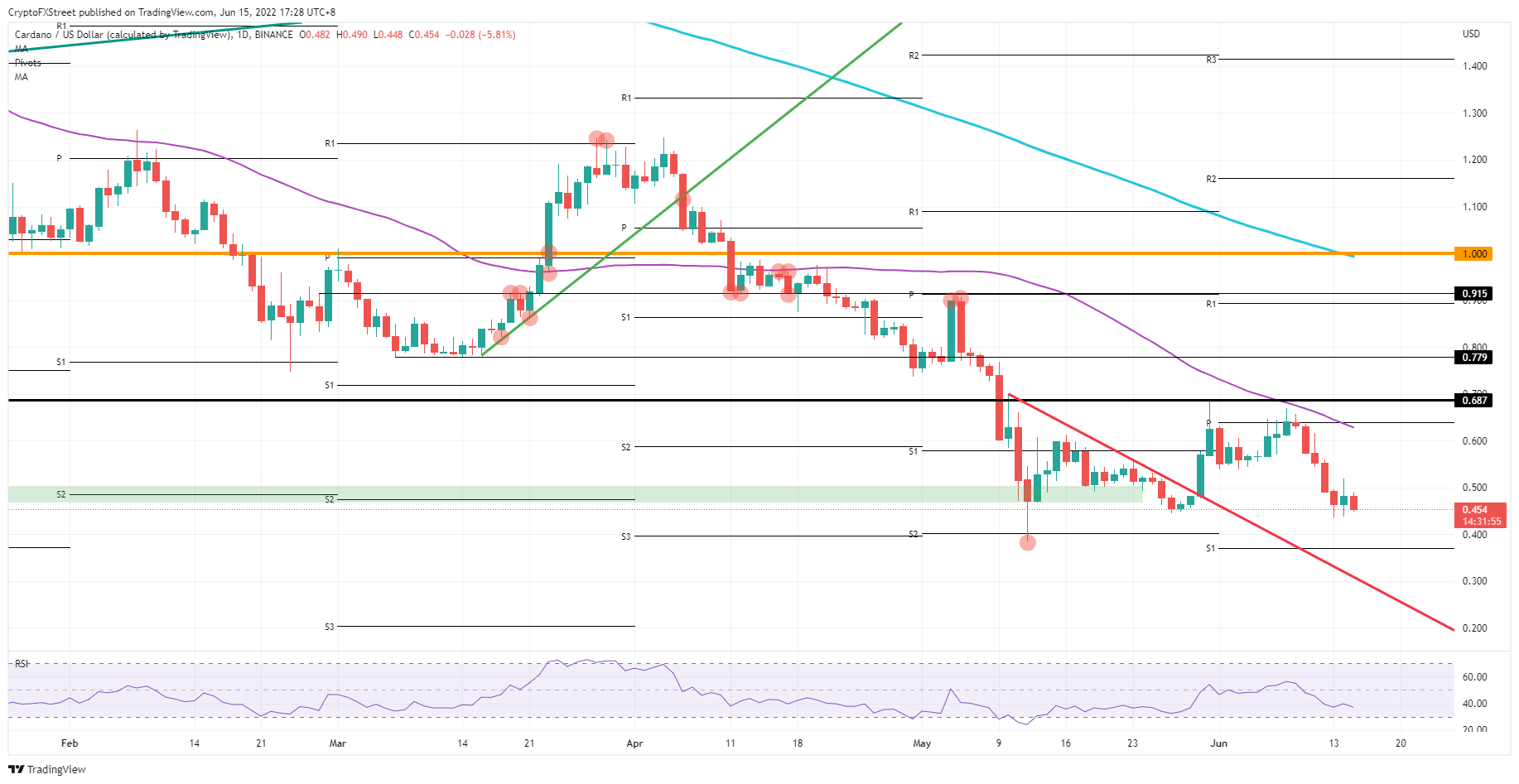 As plenty of headline risk is possible this Wednesday, a positive surprise could bring some relief and soothe the tone in the markets a bit. That would be ideal for cryptocurrencies to move in and rally. ADA price would quickly pop back above $0.50 and swing possibly back to $0.60 before testing the monthly pivot and the 55-day Simple Moving Average as caps on the upside.