Governor Carney's relatively positive assessment for the UK economy and mollifying comments on the EU trade negotiations helped the sterling retain its advantage after the bank left rates at 0.75%. Market expectations prior to the announcement were split nearly even on whether the Bank...

No Carney carnage – not this time and not later, as this is Governor Mark Carney's last rate decision. The Bank of England has not only left interest rates unchanged in what was a coin-flip decision – but also seemed calm.

In a widely expected decision, the Bank of England's Monetary Policy Committee held the policy rate unchanged at 0.75% in December. The asset purchase facility remained steady at €435 billion as well.

No more non-events – the Bank of England's "Super Thursday" has been having a notable effect on the pound – to the downside. The BOE has left interest rates unchanged and downgraded forecasts – both as expected. The pound has already lost ground in reaction to the bank's "Super Thursday" punch – and fresh falls may continue. GBP/USD has dropped below uptrend support.

The Bank of England left its base rate unchanged at 0.75% Thursday as widely expected, though two dissenters preferring lower rates were a bit of a surprise that sent the sterling sharply lower. In his news conference following the announcement Governor Carney repeatedly stressed that the bank and the Monetary Policy Committee (MPC) must base its assessments and projections on government policy.

Are Bank of England decisions non-events? Not exactly. The Bank of England has left its interest rate unchanged at 0.75% and the Quantitative Easing (QE) at £435 billion in a unanimous vote – everything as expected.

The progress in Brexit negotiations is slower than expected. The next round of negotiations, originally scheduled on September 18, is postponed by a week. Media reports suggested that UK's PM Theresa May was preparing to make an "important intervention" on the talks. While the UK urged the EU to be more flexible and to move to trade deals, the EU insisted that the “divorce bill” issue has to be resolved first. EU's chief negotiator Michael Barnier noted last week that he was “very disappointed” by the UK government as it “seems to be backtracking” on commitments to the bill.

While the hawkish members, mainly Michael Saunders and Ian McCafferty, would warn of strong inflation on the economy, the rest would consider the overall economic environment and uncertain outcome of Brexit as key factors to keep the monetary policy unchanged.

What is the BOE?

The Bank of England is responsible for keeping the UK’s economy on the right track. They operate monetary policy by moving Bank Rate up and down and, in certain circumstances, we also supplement this with measures such as quantitative easing.

Who is BOE's president?

Mark Carney is Governor of the BoE and Chairman of the Monetary Policy Committee, Financial Policy Committee and the Prudential Regulation Committee. His appointment as Governor was approved by Her Majesty the Queen on 26 November 2012. The Governor joined the Bank on 1 July 2013. 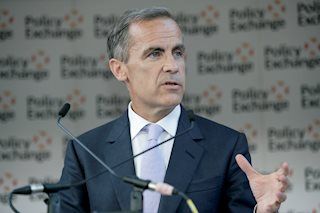 Carney on his profile and Wikipedia

The World Interest Rates Table reflects the current interest rates of the main countries around the world, set by their respective Central Banks. Rates typically reflect the health of individual economies, as in a perfect scenario, Central Banks tend to rise rates when the economy is growing and therefore instigate inflation.