On Wednesday, the Bank of Canada kept its monetary policy unchanged but it opened the doors to a rate cut, weakening the loonie (CAD) across the board. Analysts at CIBC consider the central bank could cut interest rates in April. Key Quotes: “The Bank of Canada is keeping its fingers crossed that the economy will pick up after a soft fall and winter, but it’s no longer quite as sure of itself these days. As a result, while it kept interest rates unchanged today, and its economic forecast has the skies clear by spring, it conceded that there’s a risk that the sluggish trend could persist, a hint that a rate cut could still be in the offing ahead. That won’t be the case if growth and inflation follow the base case outlined in the forecast, which remains generally sunny enough.”

The Bank of Canada concluded that a more accommodative monetary policy was not needed at this time to address downside risks to the Canadian economy. The Bank of Canada noted the resilience of the Canadian economy in the midst of adverse global developments. They noted in their rate statement the following: "In considering the appropriate path for monetary policy, the Bank will be monitoring the extent to which the global slowdown spreads beyond manufacturing..."

In a widely expected decision, the Bank of Canada on Wednesday announced that it left the policy rate steady at 1.75% at its October policy meeting. At 15:15 GMT, BoC Governor Poloz will be delivering his remarks on the policy outlook in a press conference. With the initial market reaction, the USD/CAD pair rose above the 1.31 handle and was last seen trading at 1.3107, adding 0.17% on the day. Below are some key takeaways from the policy statement, via Reuters.

At today’s Board meeting, the Bank of Canada (BoC) kept the key interest rate unchanged at 1.75% today. According to Krishen Rangasamy and Paul-André Pinsonnault, analysts at National Bank of Canada, point out that the statement was dovish as the central bank highlighted risks and downplayed the positive growth surprise of the second quarter.

While some analysts thought that the Bank of Canada could cut interest rates at today's meeting, punting the decision to October was always the more likely outcome. As my colleague Joe Perry noted in yesterday's BOC Preview report, "The next full update of the Bank's economy and outlook will not be until the October 30th meeting, so the bank may be likely to carry on with its "appropriate" language and continue to "monitor the data" until then."

After today’s meeting, the Bank of Canada (BoC) kept its interest rate unchanged at 1.75% as most expected. Josh Nye, Senior Economist at RBC Economics Research point out the central bank statement offered no direction regarding future policy moves and he warned that gobal developments hold the key to future decisions. “Since its July meeting, conversation has shifted from ‘if’ to ‘when’ the BoC will join its many global peers in lowering interest rates. But that evolution wasn’t obvious in today’s policy statement, which was more...”

What is the BOC?

The Bank of Canada is the nation's central bank. Its principal role is "to promote the economic and financial welfare of Canada," as defined in the Bank of Canada Act. The Bank’s four main areas of responsibility are:

Who is BOC's president? 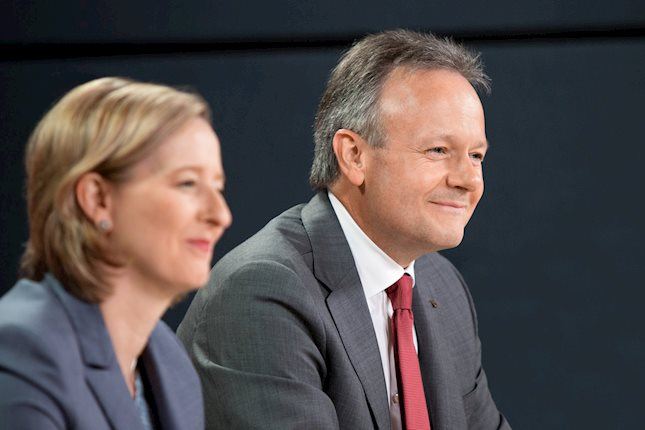 Poloz on his BOC's profile and Wikipedia

The World Interest Rates Table reflects the current interest rates of the main countries around the world, set by their respective Central Banks. Rates typically reflect the health of individual economies, as in a perfect scenario, Central Banks tend to rise rates when the economy is growing and therefore instigate inflation.