Also read: There is still hope for Cardano price after 88% nosedive from all-time high

1,003 projects are building on Cardano

The Cardano blockchain has consistently outperformed its competitors, Ethereum and other altcoins like Solana and Avalanche in the number of Github commits per month. This is a metric used to measure the development activity on a blockchain network.

Input Output HongKong (IOHK), the developers of the Cardano blockchain, recently highlighted the number of projects being developed on the Ethereum-killer network. With 1,003 projects on Cardano, the altcoin has emerged as a popular choice among developers and the community.

A vast majority, 40.4%, of these projects are NFTs, followed by social and community, metaverse and gaming protocols. The complete distribution is shown below: 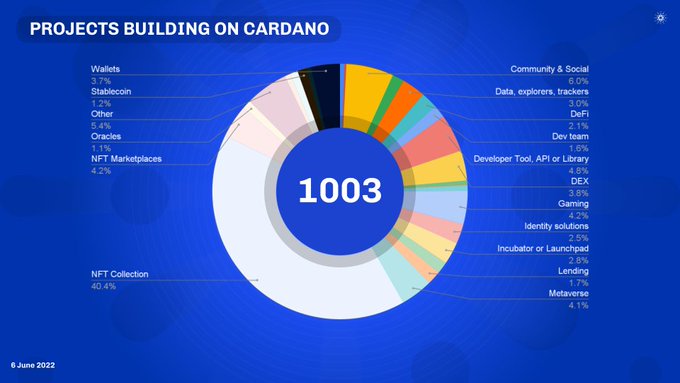 IOHK is in the final stretch of preparation for the upcoming hard fork combinator event, Vasil. The hard fork is expected to improve the Plutus smart contract platform. Plutus will allow developers to write applications and interact with the Cardano blockchain.

The hard fork is scheduled to occur on June 29, and IOHK is working on resolving critical issues discovered in the final testing phase. The hard fork is drawing closer, fueling bullish sentiment among Cardano holders.

Consensus is a large-scale crypto festival that showcases events and projects in the cryptocurrency ecosystem. Consensus 2022 is scheduled to occur in Austin, Texas, between June 9 and 12.

IOHK confirmed Cardano’s event and a free-to-attend Consensus meetup for the Ethereum-killer’s community. The altcoin’s presence in such key events in the crypto ecosystem builds trust among Cardano holders.

Analysts are bullish on Cardano breakout

@Phoenix_Ash3s, a leading crypto analyst and trader, recently evaluated the Cardano price chart. The analyst believes Cardano price has bullish potential, and the altcoin could hit the target of $0.73. This could be followed by a consolidation in Cardano price.

The analyst argues that Cardano has emerged as one of the stronger cryptocurrencies in the recent price slump. 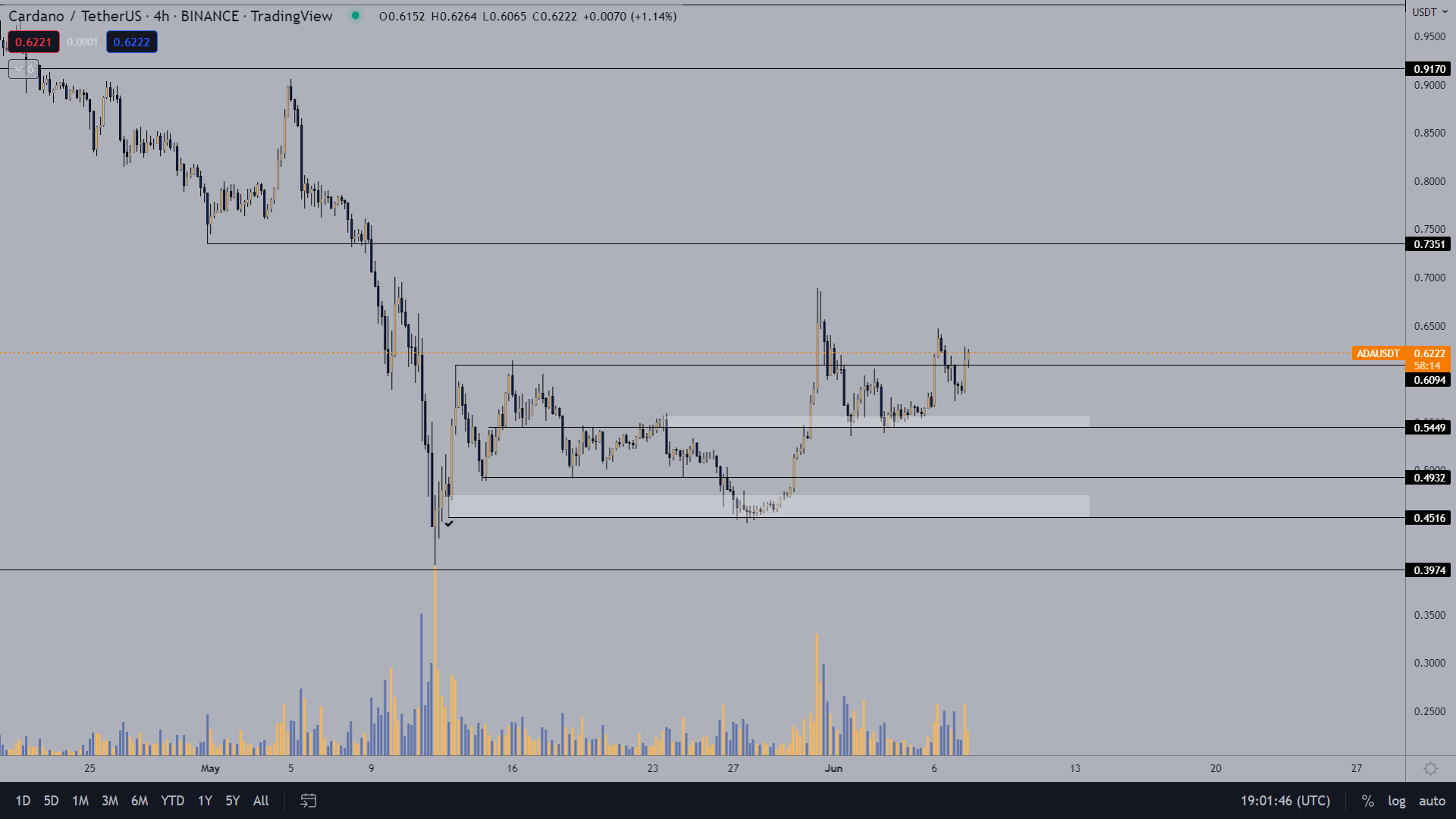 FXStreet analysts have identified an opportunity to make 27% gains on Cardano price. Analysts noted the formation of a cup and handle on the Cardano price chart and considered it a bullish pennant. Analysts have set a target of $0.80, predicting a 27% upswing in Cardano. For more details, watch this video: