Cardano (ADA) price has been under bearish pressure as price action started to slip to the downside around November 11. Since then, ADA price has formed a bearish triangle with the base at $1.67 and the descending trend line providing systemic resistance and persistent bearish price action. Expect the triangle to be completed this week with a break to the downside, holding another 25% potential devaluation in Cardano price towards $1.30.

Cardano price targets $1.30 as in this downtrend

Cardano price has been under siege by bears who are controlling ADA price action for the moment since November 11. In the downturn, bears succeeded in acquiring the monthly pivot, the 55-day Simple Moving Average (SMA) and essential historical support at $2.00, which flipped to resistance against any attempts bulls tried to break the downtrend. Since Monday, bears added the 200-day SMA at $1.89, together with another vital support element to their arsenal,  making it very tough for any bullish action to break the trend for now.

ADA price is caught in this bearish triangle with its base at $1.67 and the monthly S1 support at $1.71, and the descending trend line – confirmed already four times – completing the pattern. A break below the double base area opens up the door to clear skies with no fundamental support elements where bulls could try to mount a recovery. This suggests the possibility of another 25% devaluation. The S2 monthly support at $1.46 will probably only slow down the nosedive and trigger some small profit-taking among bears. 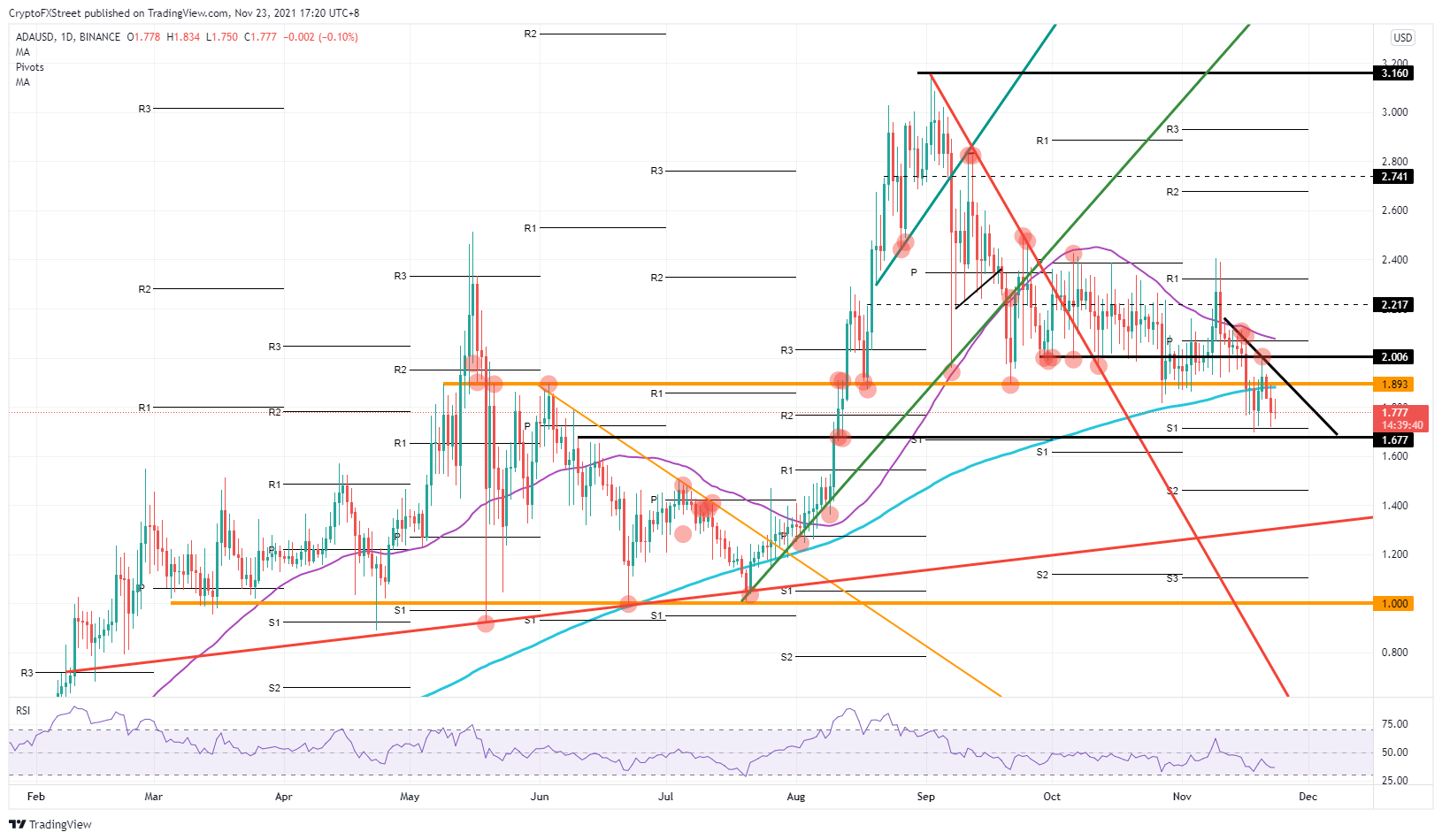 Expect bulls to show up at the red ascending trend line, however, which originated from early February and has been present at some key moments.. Expect a test to come in at around $1.30-$1.33, depending on the timing of the completion of the bearish triangle. Expect bulls to eagerly step into this discounted ADA price quotation and start buying. ADA price may be further supported by the fact that other cryptocurrencies will also probably be trading around similarly attractive levels around the same time, creating a tailwind – or a buy-wave – in the asset class overall.