Cardano, popularly known as an Ethereum-killer, has suffered a recent drop in volatility. Ethereum scaling solutions and layer-2 protocols like MATIC and Avalanche have outperformed Cardano over the past two weeks.

As the Hydra upgrade draws closer, proponents expect Cardano to recover from the price drop. However, Cardano’s on-chain activity has dropped, lower than layer-2 scaling solutions. The Ethereum-killer is underperforming when compared to cryptocurrencies in the top 30.

Despite a rise in the percentage of Cardano tokens being staked, there is a dropping interest from retail and institutional investors. The Year-to-date (YTD) inflow of institutional funds in Cardano is $108 million, according to data from CoinShares.

YTD inflows in Ethereum and Solana exceed that of Cardano.

The institutional inflow of funds by asset

According to CoinShares, Cardano led the institutional inflow a week ago. No known catalyst was identified. The inflow has significantly dropped when compared to the first half of 2021.

Proponents have noted a drop in volatility in ADA price as of November 19, 2021. Bitcoin and Cardano emerged as the least volatile assets in the top 5 cryptos by market capitalization. Historically, low volatility is associated with the bearish price trend of an asset. 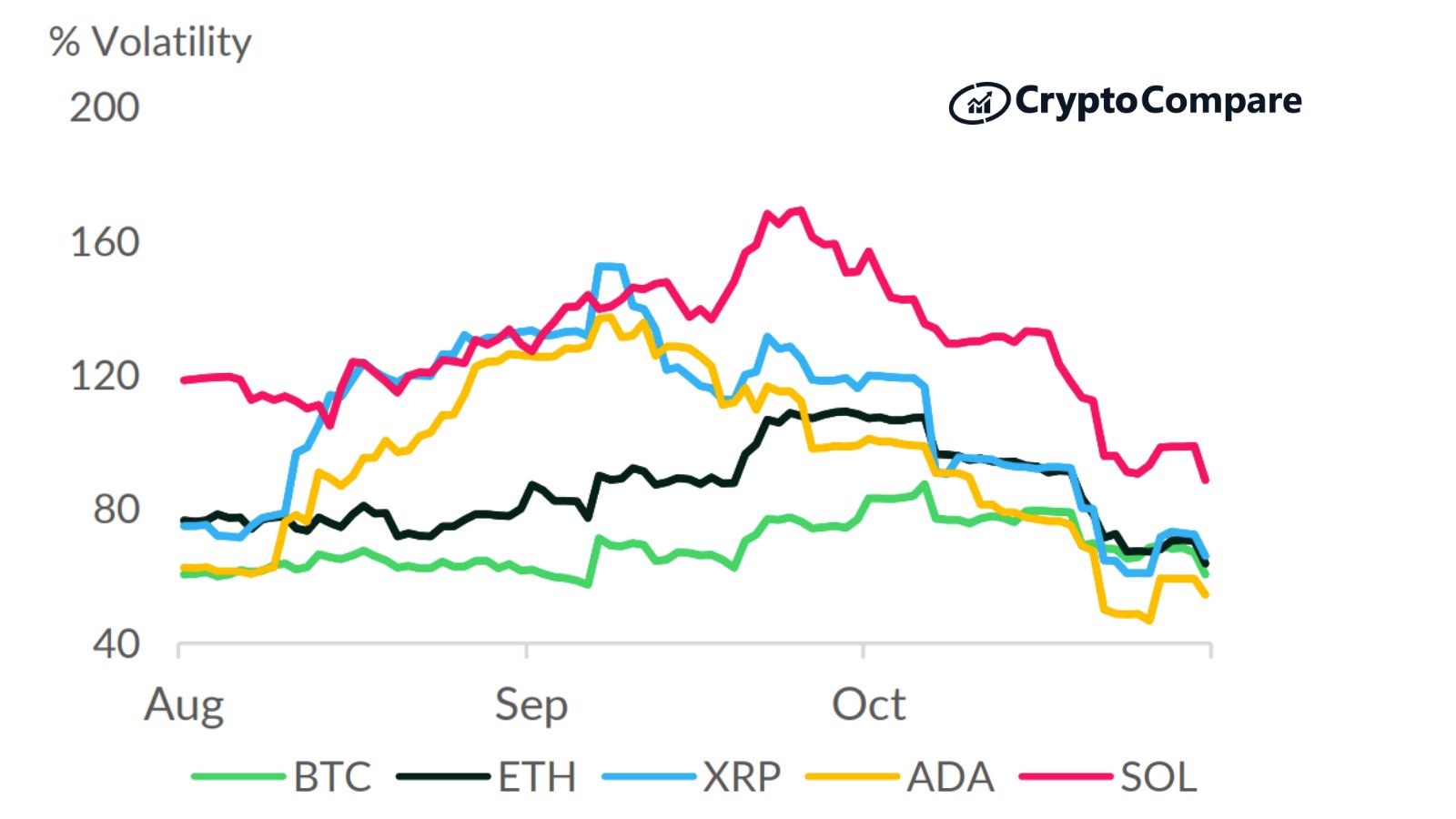 Volatility of Top 5 cryptocurrencies in October 2021

@GertvanLagen, a cryptocurrency analyst, has evaluated the Cardano price trend and concluded that ADA is currently in the 1-2 correction of the 4-5 wave cycle. If ADA price fails at support, it is likely to plunge further.

Currently there is a wrestle between key support determined by corrective ABC (purple) and key resistance determined by the 0-1 wave(blue).

If failing at support price might wick to lower fibs. pic.twitter.com/vnKBwA9tY4