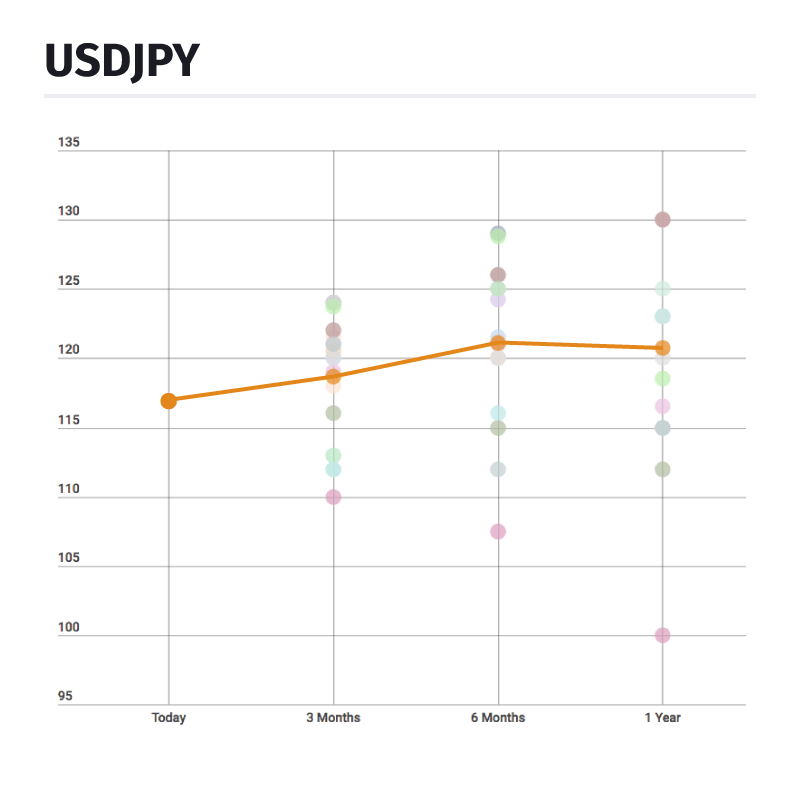 Przemyslaw Kwiecien: "The pair will chase the 10-year spread in the first half of 2017 but the uspide is not unlimited here. TWI valuations are on the opposite extremes so any sentimemnt deterioration may cause a sharp reversal"

David Cheetham: "Modest upside in this pair seen mainly from the USD side however remains susceptible to a sell-off if a prolonged risk-off period manifests itself"

Haresh Menghani: "Dovish BOJ and hawkish Fed, on growing prospects of inflationary pressure in the US, should continue driving the pair higher"

JFD Brokers: "It will potentially continue to rise until the 126.00, as Fed will be raising rates. However, if Fed does not meet the prospect of three rate hikes in 2017, the pair will probably fall back to 120.00 by the end of the year"

Lukman Otunuga: "A resurgent Dollar will be the engine behind the USDJPY's gains this year with the first checkpoint at 120.00. Repeated rate increases by the Federal Reserve should fuel the bullish rally towards 130.00 by year end"

Juan José del Valle: "Reducing US yields in 2017 and BOJ working on curve in order to hold bonds 10y yield near 0%"