The NZD/USD pair remained depressed through the early European session and was last seen trading near the lower end of its intraday trading range, around mid-0.7200s.

USD/JPY edged higher for the second consecutive session on Tuesday amid stronger USD. An uptick in the US bond yields acted as a tailwind for the USD and remained supportive. The risk-on mood underpinned the safe-haven JPY and might cap the upside for the pair. 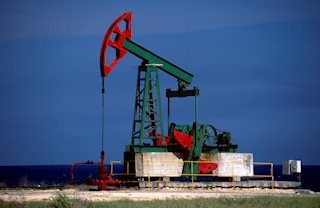 WTI picks up bids near $64.90, bouncing off the immediate range support, during the initial Asian session trading on Tuesday. In doing so, the oil benchmark struggles to justify mixed fundamentals amid a lack of major catalysts, not to forget cautious mood before the week’s key US data.

Influential Institutions & People for the NZDUSD

The Reserve Bank of New Zealand is New Zealand's central bank. Like most central banks, the Reserve Bank is primarily a policy organisation, and exists to do three main things: formulate and implement monetary policy to maintain price stability, promote the maintenance of a sound and efficient financial system and meet the currency needs of the public.

On the other we found The Federal Reserve System (Fed) wich is the central banking system of the United States. Fed has two main targets: to keep unemployment rate to their lowest possible levels and inflation around 2%. The Federal Reserve System's structure is composed of the presidentially appointed Board of Governors, partially presidentially appointed Federal Open Market Committee (FOMC). The FOMC organizes 8 meetings in a year and reviews economic and financial conditions. determines the appropriate stance of monetary policy and assesses the risks to its long-run goals of price stability and sustainable economic growth.

Governor of the Reserve Bank of New Zealand since March 2018. He is New Zealand born and bred, married to a novelist and they have 3 adult children. Adrian is a 1983 undergraduate of the University of Waikato (New Zealand) and a 1985 Masters graduate (with Distinction) from the University of Leicester (England). Following his Masters, Adrian remained in the United Kingdom for three years working as a Research Associate and tutor at the City University Business School, in London. Adrian returned to New Zealand in 1988 to take up the position of Research Economist at the New Zealand Institute of Economic Research before joining the Economics team at the National Bank of New Zealand the following year. In 1992 Adrian moved to France to work as an economist at the Organisation for Economic Cooperation and Development (OECD). After holding this role for three years, Adrian returned to New Zealand and worked for a short time as a Chief Analyst at The Treasury, before returning to the National Bank as Chief Economist. Adrian was appointed Chief Manager of the economics team at the Reserve Bank of New Zealand in 1997, providing core economic and policy advice to the Governor.

Jerome H. Powell took office as Chairman of the Board of Governors of the Federal Reserve System on February 5, 2018, for a four-year term. Mr. Powell also serves as Chairman of the Federal Open Market Committee, the System's principal monetary policymaking body. Mr. Powell has served as a member of the Board of Governors since taking office on May 25, 2012, to fill an unexpired term. He was reappointed to the Board and sworn in on June 16, 2014, for a term ending January 31, 2028. Prior to his appointment to the Board, Mr. Powell was a visiting scholar at the Bipartisan Policy Center in Washington, D.C., where he focused on federal and state fiscal issues. From 1997 through 2005, Mr. Powell was a partner at The Carlyle Group. Mr. Powell served as an Assistant Secretary and as Undersecretary of the Treasury under President George H.W. Bush, with responsibility for policy on financial institutions, the Treasury debt market, and related areas. Prior to joining the Administration, he worked as a lawyer and investment banker in New York City. Mr. Powell was born in February 1953 in Washington, D.C.

The pair indicates how many American dollars are needed to purchase a New Zealand dollar. Usually seen as a minor currency, its relevance is related to the strong commercial ties the country has with its neighbor, Australia. The NZDUSD pair is often called 'The Kiwi' as the bird is the national symbol of New Zealand.