Shiba Inu (SHIB) price is tying up a small gain as price action tries to move away from its floor levels for November. The chart identifies two sources of pressure: a descending red trend line for the bears and a green ascending trend line for the bulls. With these two forces at work, both parties are being pushed toward each other to consolidate price action, resulting in a bullish breakout on the back of a weaker US Dollar flirting with a crucial break higher.

Shiba Inu price is currently trading around the middle of the two mentioned trend lines that are moving toward each other. With buyers and sellers being pushed together, a breakout is granted either this week or next. Seeing the current market dynamics, with the US Dollar still breaking weaker against most pairs and equities primed to rally higher, the bulls are set to win the tie.

SHIB price thus sees bulls gearing up for a pop higher, which could come quite quickly—certainly seeing that the EUR/USD has been trading near a key level that could break at any moment to the upside, triggering a tailwind for cryptocurrencies. Expect to see, at that moment, SHIB pop higher in tandem, breaking above $0.00001000 and targeting the 55-day Simple Moving Average (SMA) near $0.00001068. That latter price level would act the part ofs an anchor point before juicing price action to jump higher, should the US Dollar weaken any further. 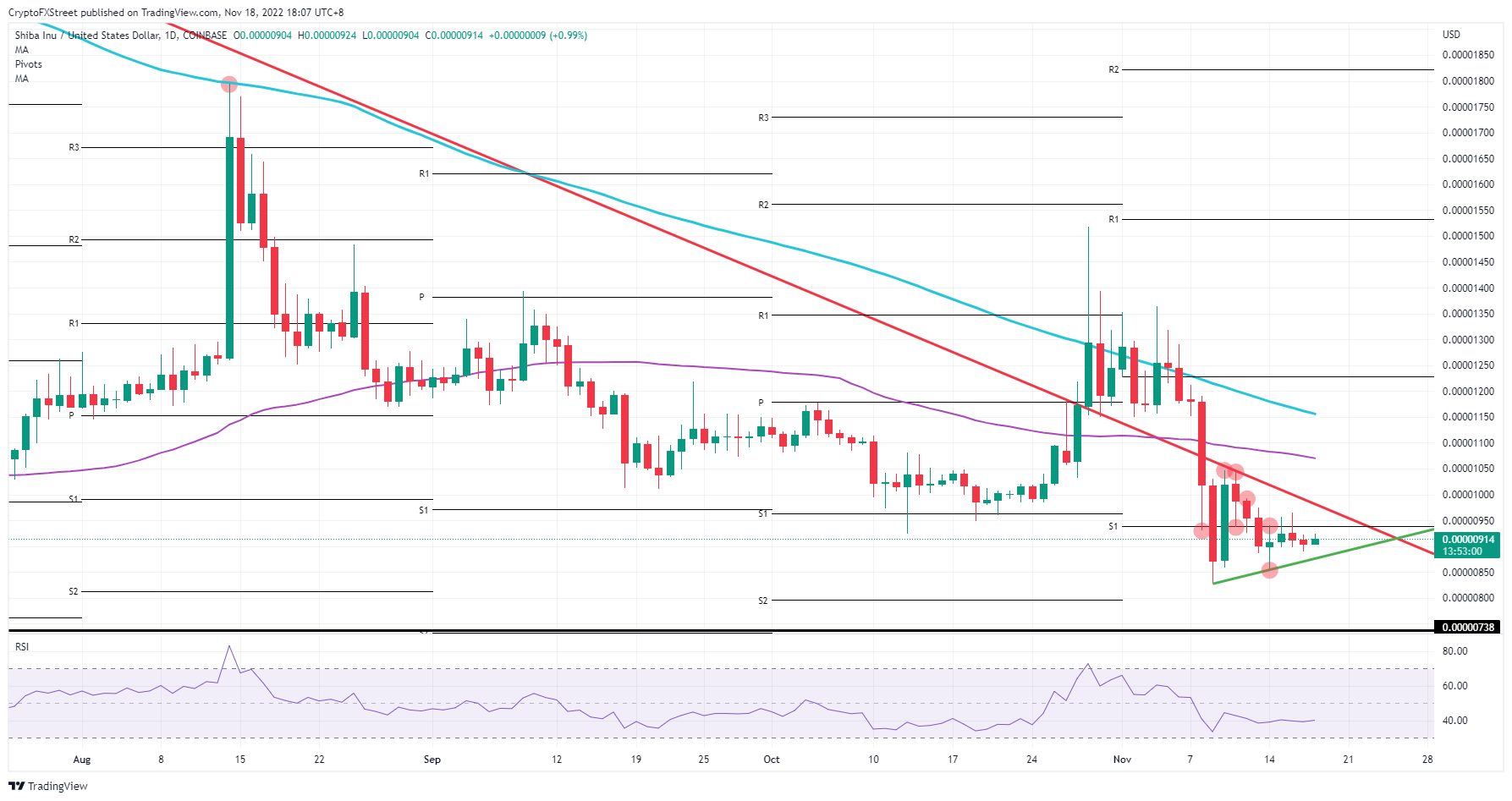 As the two forces are defined, a pure technical break of the supportive bullish trend line could hit sentiment in Shiba Inu. Once the green ascending trend line sees SHIB trading below it near $0.00000850, bulls could join the sell side and exit their positions. That would trigger a nosedive move towards $0.00000738 in search of a better place to buy in again.