Shiba Inu (SHIB) price is a bit stuck between buyers and sellers as bulls are trying to push back above $0.00004000, while bears are trying to trap bulls and get them to be stopped out of their long positions. As SHIB is still a young cryptocurrency in its existence, not all or many technical elements are present, but as the $0.00004000 was the historical high in the first trading week of its existence, it will be essential to see if bulls can break above it to make new all-time highs in 2022. With that high at $0.00009000, bulls will need some external tailwinds to get that far.

SHIB price got stuck in a bit of a downtrend after hitting those all-time highs in October, after which price action collapsed and found support around $0.00003000. Since then, price action has been range trading a bit with the historical $0.00004000 proven to be a difficult hurdle to jump above. As bulls tried to push bears against that level to squeeze them out, the lack of momentum and tailwinds made price action dip to the downside this week, starting to form a bull trap. Do not expect any considerable risk to the downside as SHIB is well supported with $0.00003000 and a bit further below at $0.00002640, historical support still waiting to be tested.

As the Relative Strength Index (RSI) is still hovering above the 50-marker, this shows that investors are present and are buying into SHIB, even when the price action is on the back foot. Expect thus sooner rather than later to see a bullish breakout above $0.00004000 as the investor side is starting to enlarge against fewer sellers. A weekly close above $0.00004000 would deliver a bright buy signal to hesitant buyers and bulls looking for an opportunity to get in, which could see a rapid uptick towards $0.00007000, which falls in line with the monthly R1 resistance level. 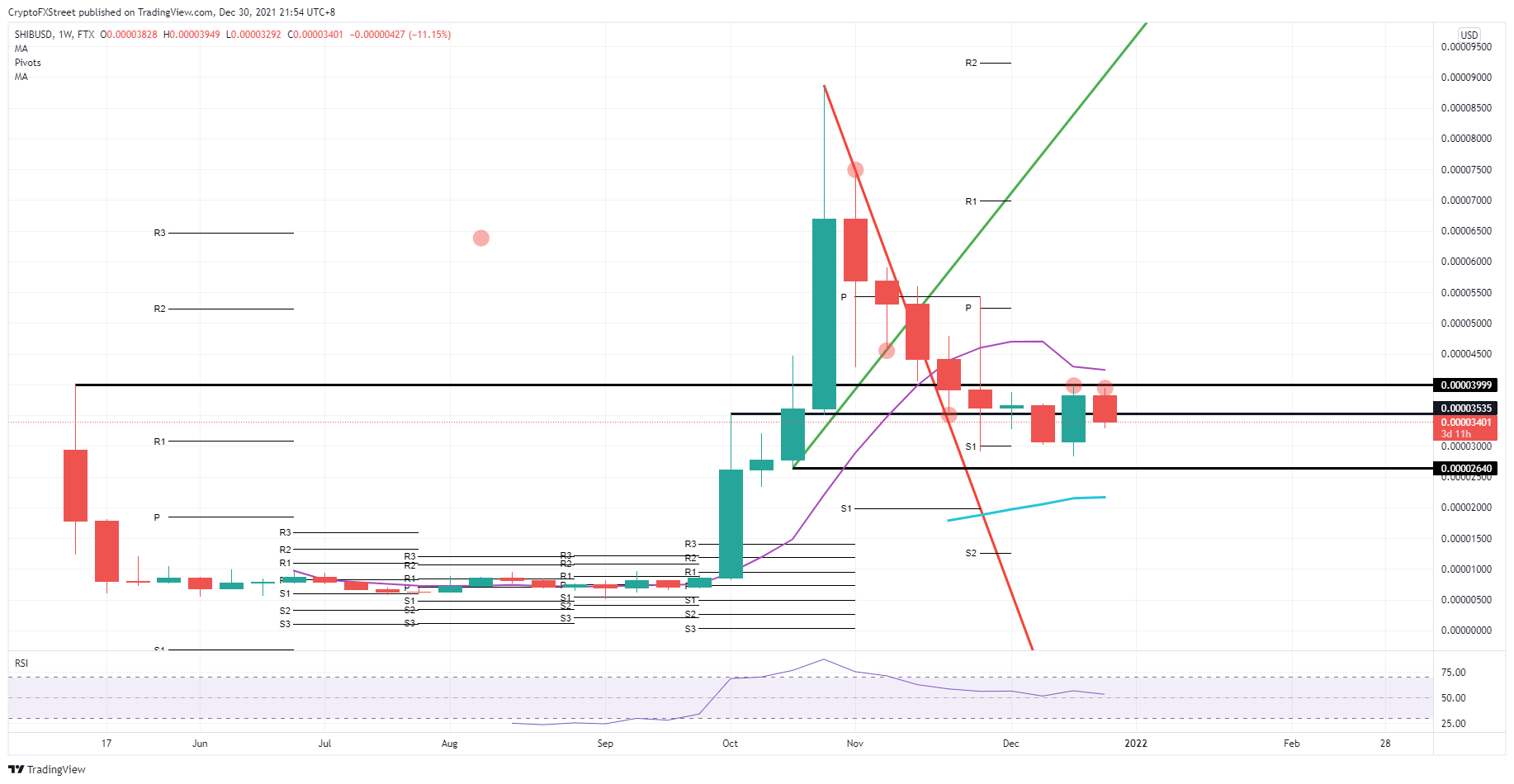 If global markets start 2022 on the back foot, expect to see investors be somewhat hesitant before joining Shiba Inu price action. Expect bears to succeed in their bull trap and dip towards $0.00002640. As this level still has to prove its support, keep in mind that it could not stop the downward price action. The 200-day SMA around $$0.00002000 could be the fail-safe level needed to prevent Shiba Inu from devaluing further.