SafeMoon (SAFEMOON) is telling  quite a bullish story on Monday as bears try to break a key  ascending trend line. but bulls are successfully matching their selling,  and defending a bullish triangle pattern. Thus far, bulls are defending well, and it looks like SafeMoon price is ready for a pop back up to the upper border of the triangle at  $0.00000233, which would result in  a second test after the one on October 15.

SafeMoon price could see $0.00000400 after bulls break out of the bullish triangle

SafeMoon price looks to test the 0.00000233 upper boundary of the bullish triangle, which has been forming since October 4, in the coming hours and days.During its formation, the ascending side of the triangle has been very well respected, with bulls adding more volume to each trade. As SafeMoon price prepares for the rally, expect $0.00000233 to give some resistance at first, with bears trying to defend their short positions.

An interesting element in the mix is that there is only one Fibonacci level that could give some issues, which is the 23.6% at $0.00000173. With that already broken on October 14 and 15, expect not much resistance there. The 50% Fibonacci level at $0.00000251 could also give some resistance as price emerges following the break out of the bullish triangle. 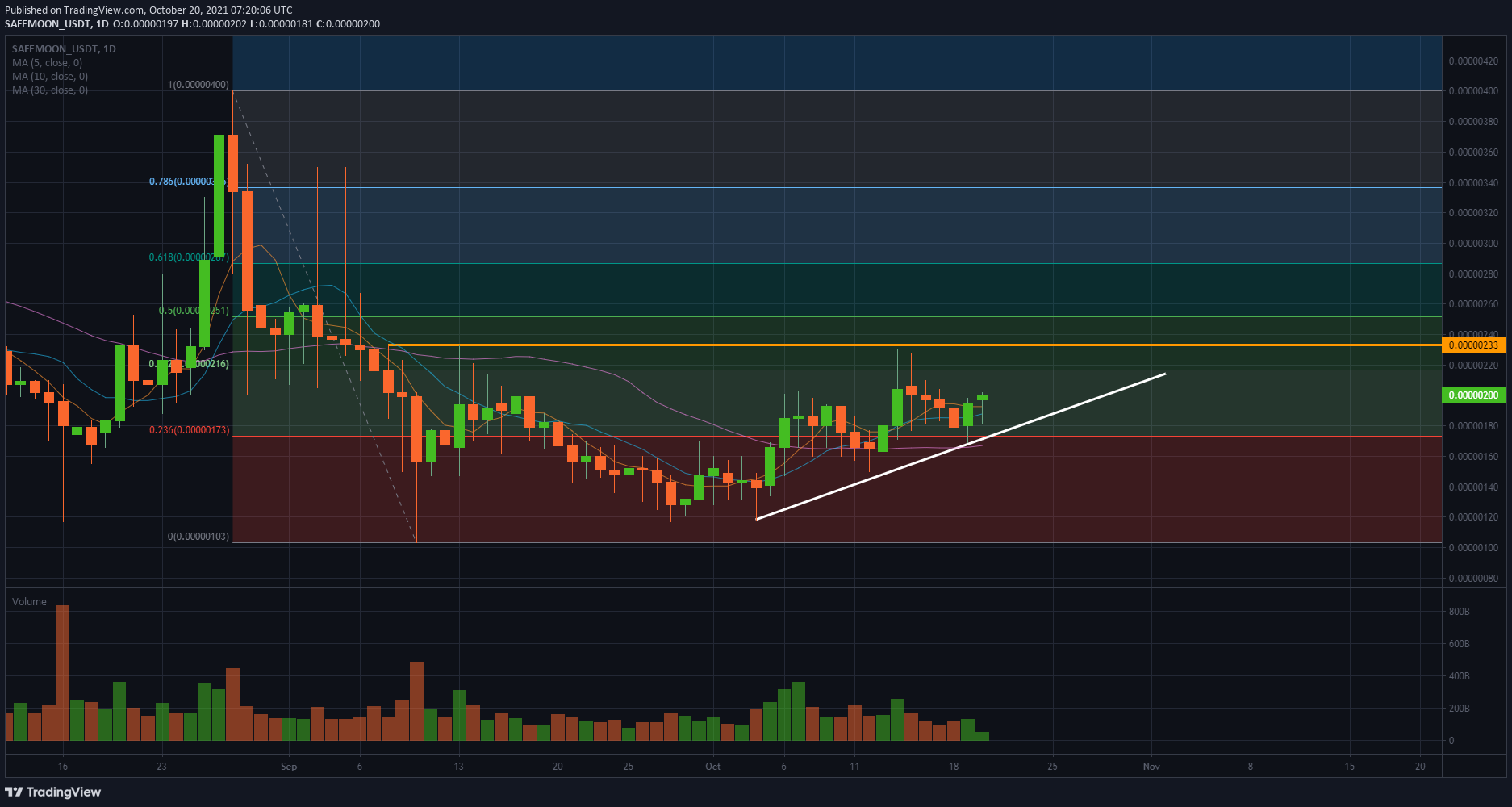 Were bears in SafeMoon able to defend the baseline of the triangle at $0.00000233, expect a break of the triangle’s bottom  and  a break down of price, quickly towards $0.00000103. SafeMoon bears will try to retrace the rally from the bulls entirely and possibly even try to break below it.