Polkadot (DOT) is on the verge of jumping higher as buyers attack, breaking a few resistances to the upside. Price is getting squeezed in and is ready for the break out toward the next profit level higher at $45.22.

Polkadot price price action is hovering around $37.03 and $37.41 – two important resistance levels that sellers have defended heavily the past few weeks. The first resistance, $37.03, was the low on May 18. The day after, DOT broke below that level and has not been back up since this week. It holds a certain value and will act as resistance for now. Add to that the monthly R1 resistance level at $37.41, and you get a double top resistance zone where buyers will step up to the plate in order to get it broken.

Proof of that fight going on is to be found in the price reaction and behaviour of Polkadot. Monday, DOT averaged a 20% move between the high and low price of the day. Tuesday, it only averaged 13% of a range between the high and low of the day. Today, Wednesday, DOT is only at 6%. Price is consolidating and ready for the break higher as buyers and sellers are getting pulled toward each other. 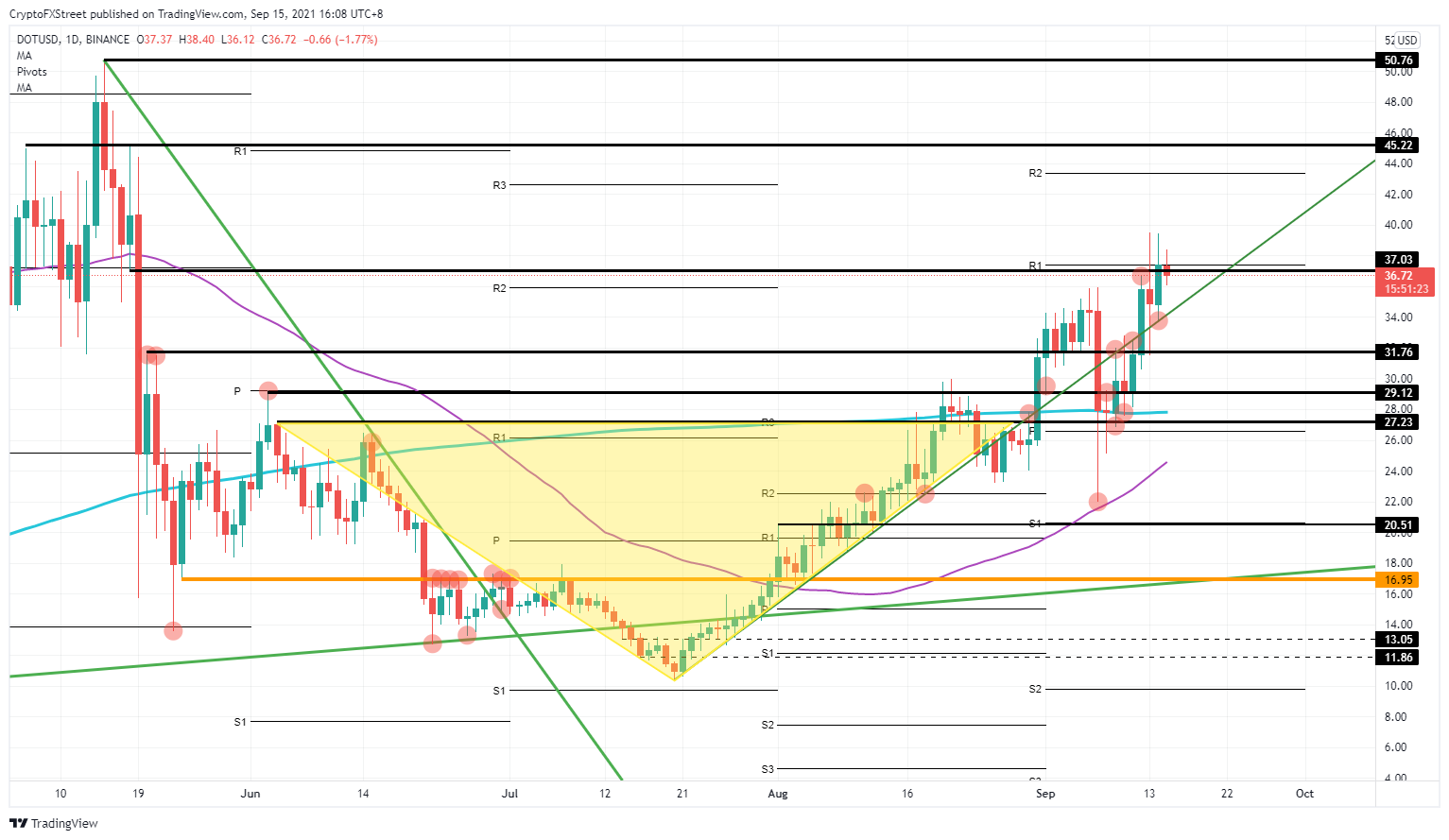 It will be critical to see if buyers can close above today. If that succeeds, expect a rally toward $45.22, a double top since May 6. Once from there, it is not far toward $50. The psychological element is essential, but it was the daily high from May 15 as well. Hence, those are two reasons for buyers to do a retest.

Should sellers take over price action, expect a retest first of the green ascending trend line followed by a push back to $31.76.

Solana price bounced off a significant Fibonacci level. Bulls ramped up price action with 18% of profits. Another leg higher will hold 20% of additional profits for bulls if they can clear $150 in Solana price action.

Elrond price is clawing back, paring some losses from the previous day. Bulls are getting rejected at $208. More downturns to come as a bull trap looks to be forming.

Alts rebound while BTC tends to its wounds

BTC closes above the August 1 swing high at $42,599, indicating the end of descent for now. ETH shows signs of life after a close above $3,011 support floor. XRP needs to climb above the $1.01 demand barrier to enter the safe zone.