The MATIC price is in a consolidation pattern with no inherent bias. Hence a breakout from this phase could push the token’s price in either direction.

The MATIC price slid into consolidation, creating lower highs and higher lows due to aggressive yet diminishing pressure from both buyers and sellers. By connecting the swing highs and lows using trend lines, a symmetrical triangle pattern forms.

This technical formation forecasts a 40% breakout, which is the distance between the swing high and low created on March 11 and 12.

An increased seller activity at the current price will quickly push Polygon toward the lower trend line. However, a breakout here will spell trouble for the MATIC price. A 13% drop to the immediate demand barrier at $0.27 coinciding with the 200 SMA on the 6-hour chart seems likely.

If this level is pierced by overwhelming selling pressure, Polygon could indeed slide 30% to tap the intended target at $0.19. 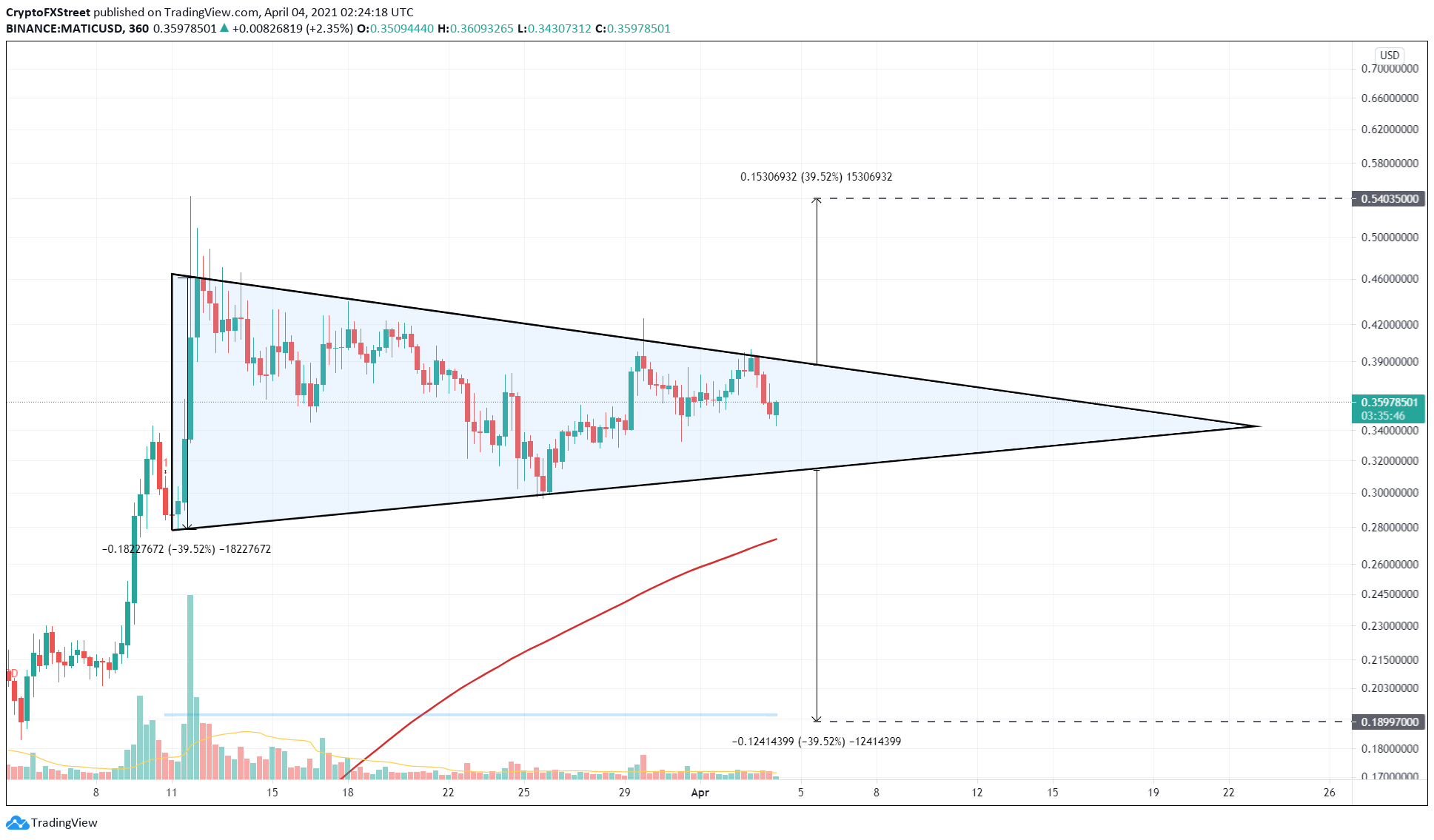 Adding credence to the bearish outlook is a slew of underwater investors, as seen in IntoTheBlock’s In/Out of the Money Around Price (IOMAP) model. IOMAP reveals that 13,200 addresses that hold nearly 800 million MATIC tokens are “Out of the Money” and might break even, dampening the bullish momentum.

Such a drastic reduction suggests that the whales aren’t optimistic about the MATIC price’s bullish potential.

While the downward breakout seems set in stone, it could be altered by a strong surge in buyers or new capital flowing into the MATIC markets. If this momentum manages to push the price past the $0.40 supply barrier and create a higher high around $0.45, it will invalidate the bearish outlook.