Cardano price set up a swing low on June 22, which was followed by an exponential run-up that led to a steep pullback. Since the retracement, ADA has been on a slow uptrend.

The recent price action reveals consolidation, hinting at a slowdown of the rally. Therefore, investors can expect a minor correction before the momentum restarts.

Cardano price is currently setting up the second lower high since July 4. This move indicates that the 16% upswing since July 2 is slowing down. Therefore, investors need to be open to the possibility of a pullback.

This move will allow buyers to accumulate ADA at a discount, which will build up the steam and fill any unfilled orders from the July 2 upswing.

The resulting buying pressure might propel Cardano price to $1.40; breaching it would push it to $1.486. If the buying pressure continues to sustain or build up here, the rally could extend up to the June 15 swing high at $1.61. 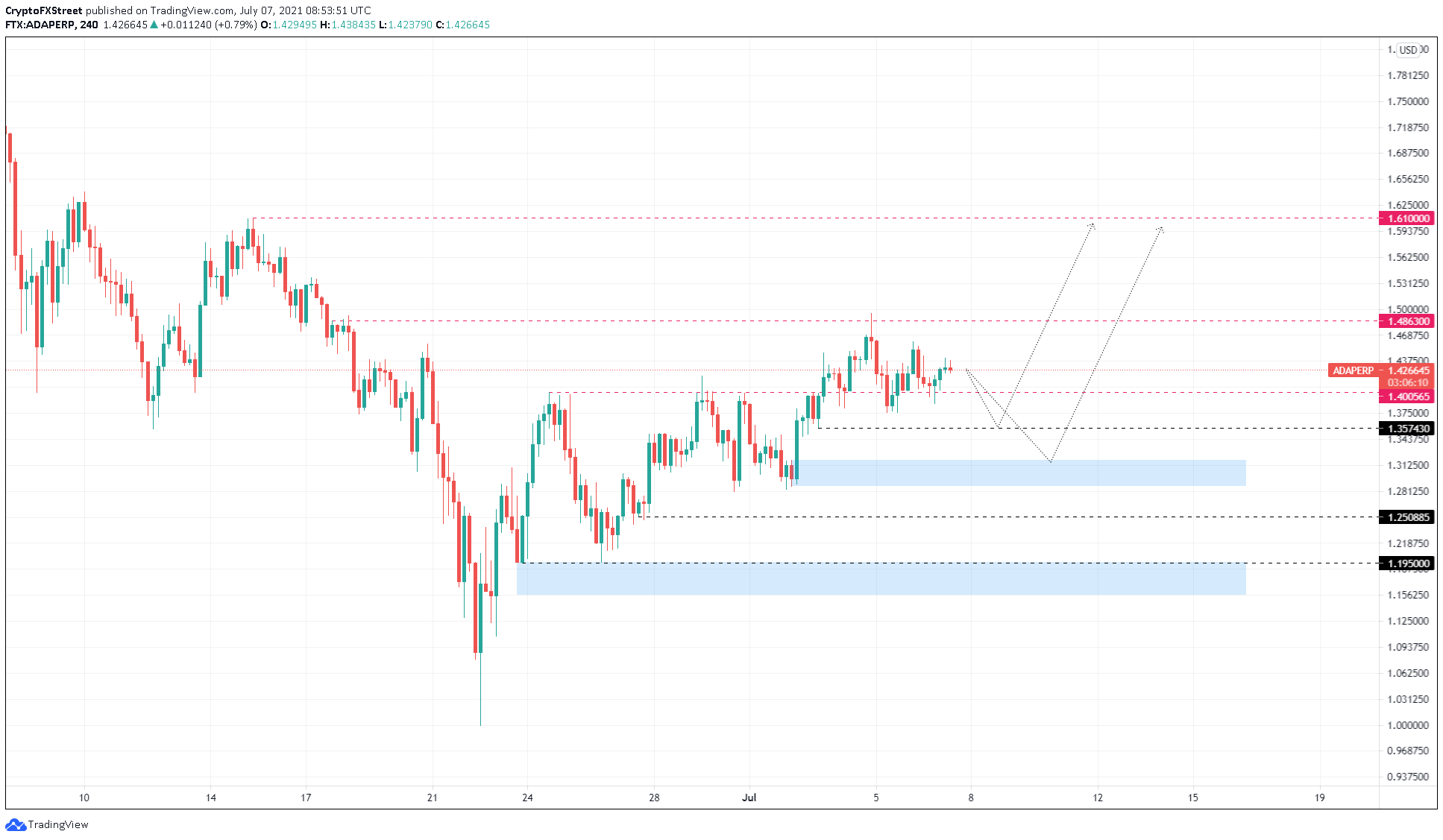 A potential spike in selling pressure that breaches the said support area will set up a lower low, which puts a dent in the bullish outlook outlined for Cardano price.

However, this optimistic scenario will face invalidation if it produces another swing low at $1.251. Under these circumstances, ADA might slide 5% to tag $1.195.