Cardano price is under pressure from a few technical indicators that are keeping it to the upside muted, but that means there is potential for ADA buyers.

Cardano price action is attractive for both buyers and sellers

Looking closely at the Cardano price action from the past few days and a particular play can be defined. Since ADA topped $1.50, it has not been above there since making more prolonged lows and shorter highs on the wicks of the candles.

Such behavior shows that sellers are very much in control of the Cardano price action, and sellers are gobbling up any buying action on the downside to take profit.

Keep in mind that ADA has formed the orange descending trend line since the beginning of July, and it remains well respected. Next to that, Cardano price also has the 55-dai and the 200-day Simple Moving Average (SMA), putting a further cap on it.

The squeeze in the triangle is brushing against the horizontal level from the end of June at $1.28. Buyers should refrain from entering here as this level has already been taken out a few times by heavy selling. Buyers should instead enter between $1.15-$1.18 and have a buy-the-dip mentality.

Even though the upside comes in lower each time, departing from these levels still gives plenty of upside for Cardano price. 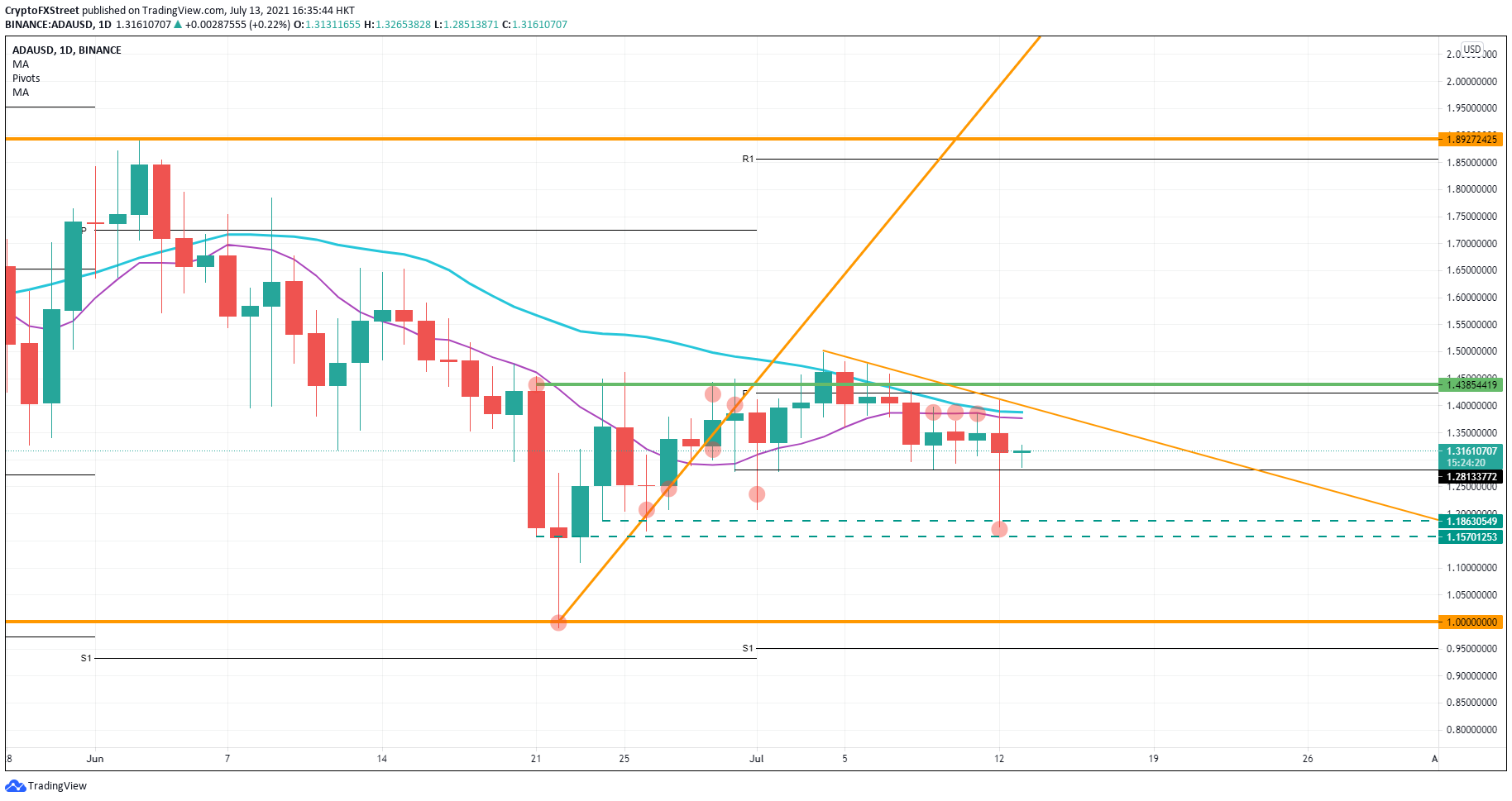 Sellers can look at the descending trend line that starts to fall together with the 55-day and 200-day SMAs. Profit-taking can be done at any break below the horizontal black line at $1.28.

It will be key each time for sellers and buyers to keep their stops hidden behind the described levels.