Bitcoin price has performed spectacularly over the past two weeks. From the week of March 18, 2022, to the current weekly high, BTC is up more than 24%. Additionally, Bitcoin hit a new 2022 high and is likely to close above the January open, turning Bitcoin positive for 2022.

Bitcoin price hits several bullish milestones; a pullback is expected but not a certainty

Bitcoin price action has been in massive bullish rise over the past few weeks that bulls and bears alike expect a pullback. However, that may not occur. Bitcoin has already made new 2022 highs, and if it has a daily close that puts BTC positive for 2022, that could trigger some major institutional positioning.

Institutions often look for yearly highs and lows to be established in January and July – if an instrument is trading above the January open, positions are often bought, added, and supported. If an instrument is below the January open, positions are often sold and reduced. However, when a ceiling is broken, institutions often switch the position management to turn that ceiling into a new floor.

In other words, if institutional participation displays historically normal behavior and positioning, then Bitcoin price may see the $47,500 to $48,000 price range as the new 2022 ‘low’ until July. The next price zone to test as resistance is the $50,000 value area in that scenario. 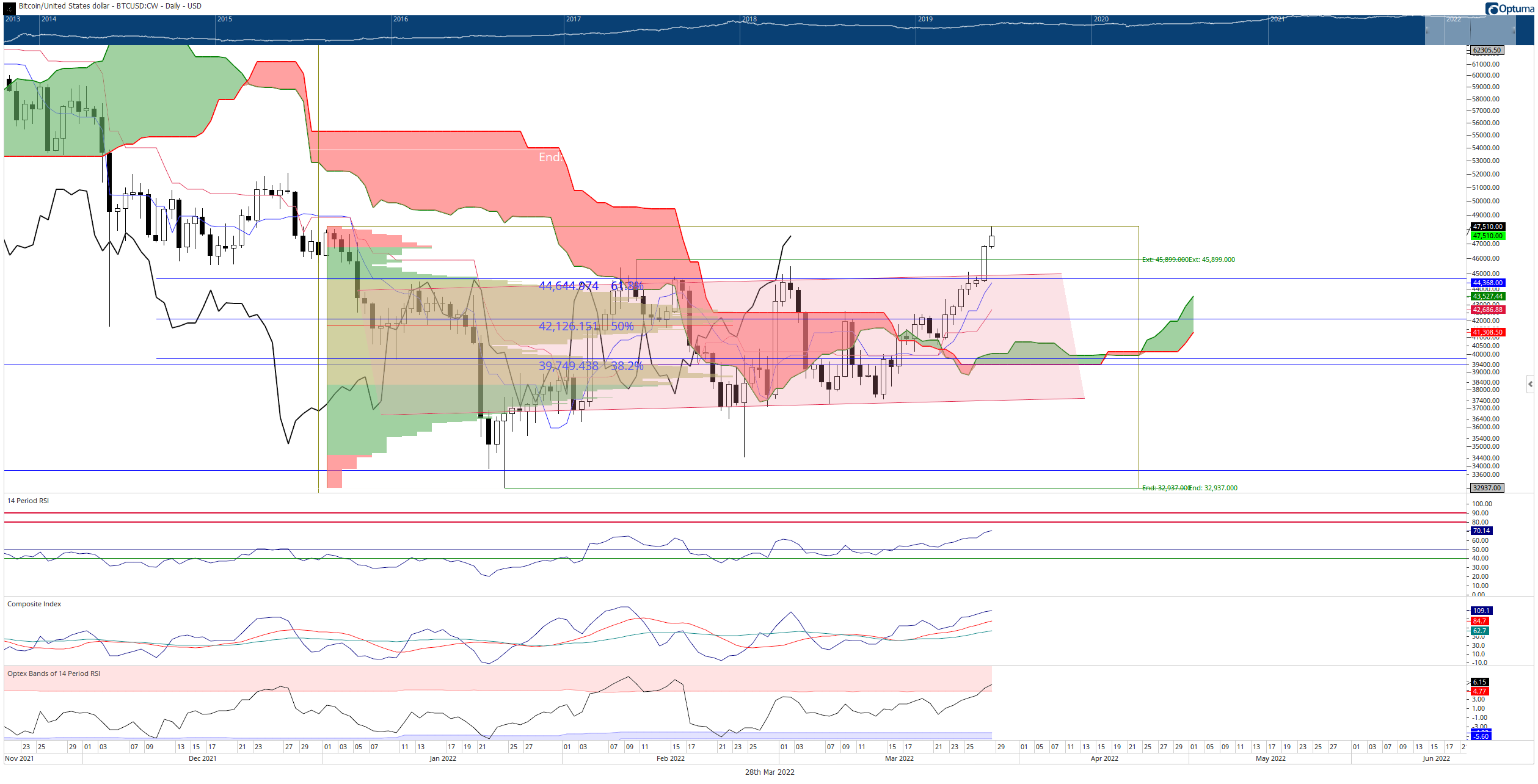 However, confirmation is needed to confirm a change in institutional positioning. There is a strong likelihood that Bitcoin price and the broader cryptocurrency market may experience some profit taking for the remainder of the week. Bitcoin price would likely return to the breakout of the bear flag at $44,725, where the daily Tenkan-Sen ad 61.8% Fibonacci retracement currently exists.