Bitcoin price has revealed a massive surge in buying pressure, leading to a significant breakout. This development has allowed plenty of altcoins to trigger an exponential uptrend. While Ethereum faces a hurdle, Ripple seems to be heading higher.

Bitcoin price unfolded in an ascending triangle, obtained by connecting the four equal highs at $44,418 and four higher lows formed since January 22. This technical formation forecast a 21% upswing, obtained by measuring the distance between the first swing high and swing low to the breakout point at $44,418.

Investors need to exercise caution, therefore, as a retracement might be around the corner. As for the extent of this pullback, market participants can expect BTC to retest the $44,418 level. A break below that could knock BTC down to $42,082, a newly formed support area. 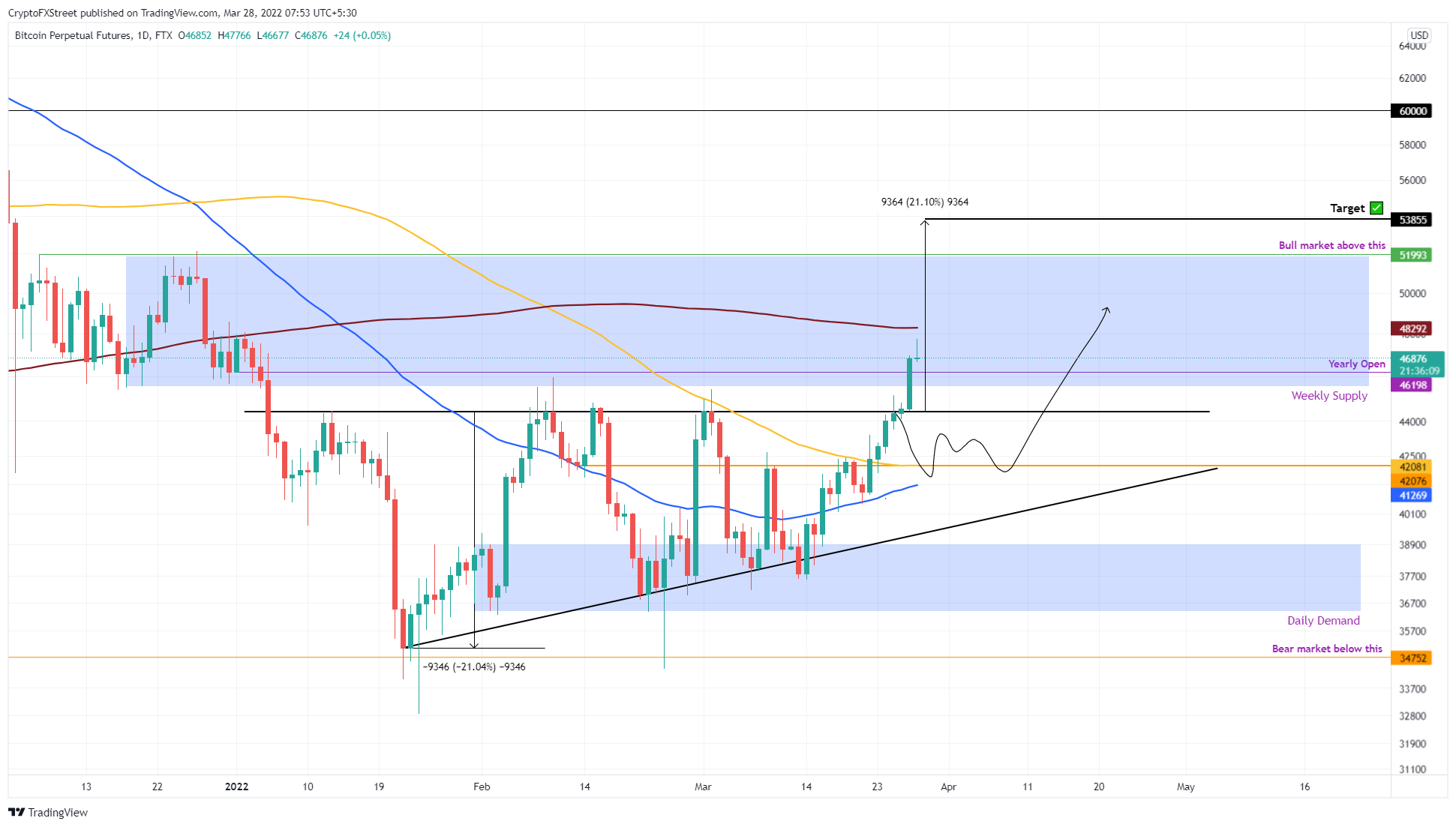 While things are looking up for Bitcoin price, a daily candlestick close below the $36,398 support level will invalidate the bullish thesis. This move will open the path to the $35,000 support level, aka the last line of defense.

A breakdown of this barrier could trigger a crash to $30,000 or lower.

Therefore, market participants should expect a minor retracement to the 100-day SMA at $3,051 or the demand zone below it. However, if ETH continues to plow through the hurdles to the upside, it could rally another 5% before encountering the 200-day SMA at $3,488.

Beyond this barrier, ETH needs to shatter the $3,585 hurdle, which is likely where the upside is capped for the altcoin. 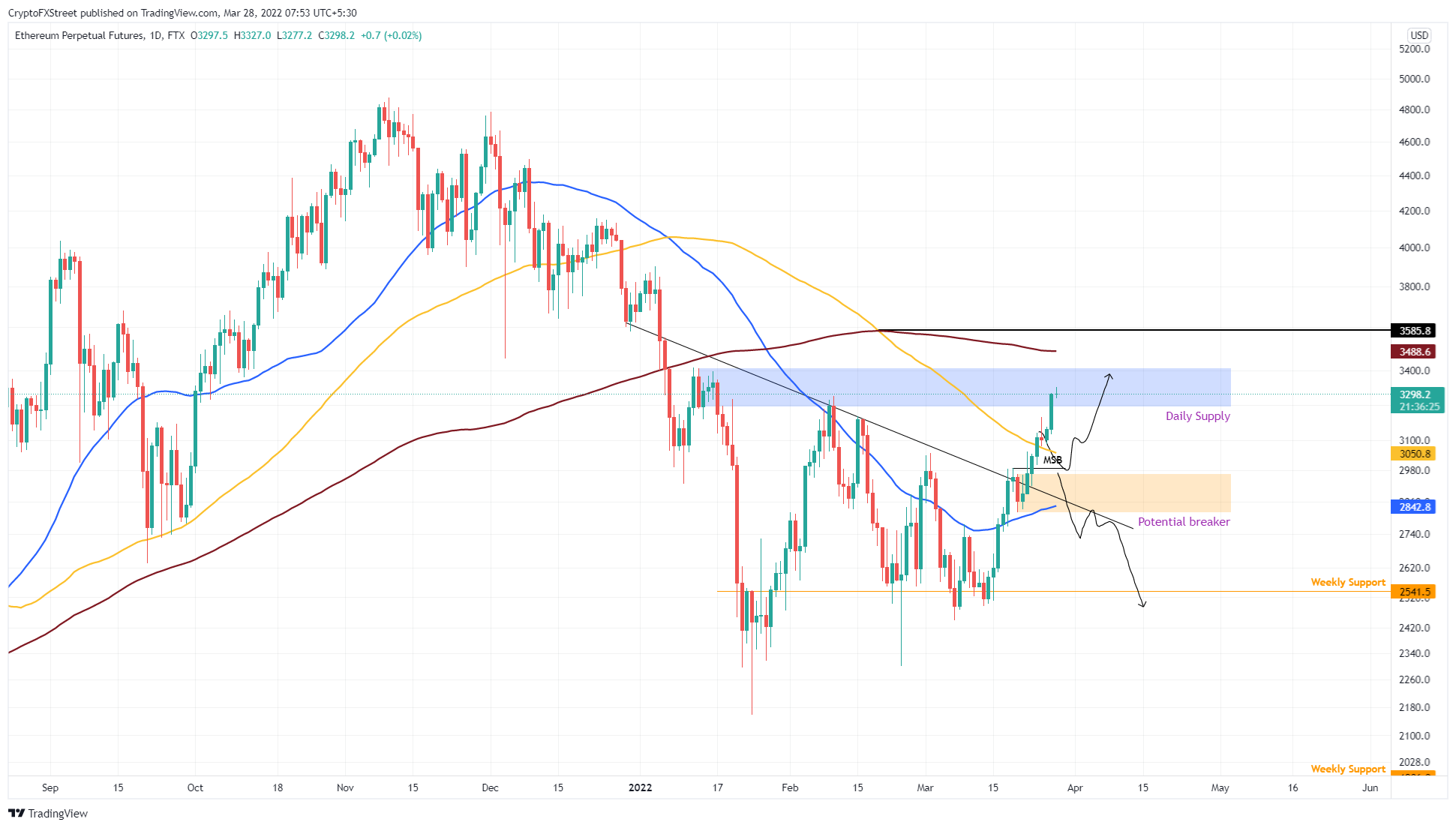 On the other hand, if Ethereum price produces a daily candlestick close below $2,820, it will invalidate the bullish thesis by flipping the $2,820 to $2,966 demand zone into a breaker. In such a case, investors can expect ETH to retest the $2,541 support level.

Ripple price has been flourishing since its breakout from a bullish pennant on March 11. The initial leg-up pushed XRP to retest $0.85 as a first target.

Since then, Ripple price retraced briefly, allowing bulls to build momentum for the next rally. So far, XRP price has pushed past the $0.85 resistance barrier and is eying a retest of the $0.91 ceiling.

Flipping the $0.91 level into a support floor will trigger the next leg-up, where XRP price attempts to retest the $1 psychological level. In total, this move would constitute a 15% upswing from the current position. 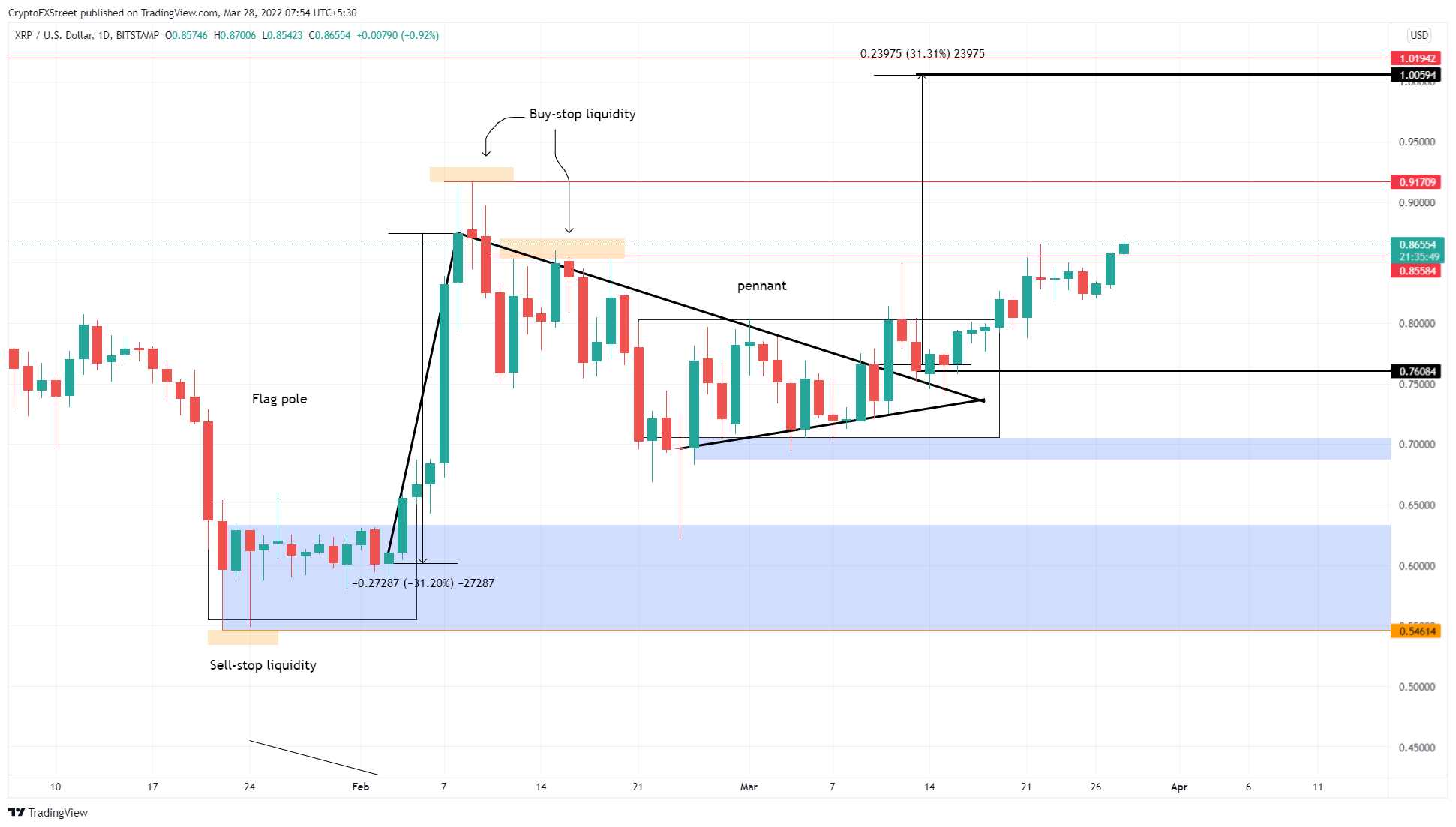 While an uptrend for Ripple price makes sense, investors need to watch the $0.85 support level. A breakdown of this barrier could trigger a crash to $0.76, which will be the deciding factor between consolidation or a bull rally.