Despite the recent pullback in Axie Infinity price, there is a rise in the number of holders of the gaming token. Analysts have revealed a bullish outlook on Axie Infinity, predicting recovery from the downtrend.

Axie Infinity could make a comeback as stolen funds are recovered

The Lazarus Group stole nearly $625 million in an attack on the Ronin Bridge. Several platforms have attempted to recover the stolen funds and reinstate them. The world’s largest crypto exchange Binance announced the successful recovery of $5.8 million spread across 86 accounts on its platform.

Chang Peng Zhao (CZ), the founder and CEO of Binance, revealed the news of fund recovery in a recent tweet.

The DPRK hacking group started to move their Axie Infinity stolen funds today. Part of it made to Binance, spread across over 86 accounts. $5.8M has been recovered. We done this many times for other projects in the past too. Stay #SAFU.

Proponents believe a recovery of funds stolen from Axie Infinity’s bridge could fuel a positive sentiment among investors. Axie Infinity price could begin its recovery from the slump and wipe out losses of the past few weeks.

The recent correction in Axie Infinity price did not deter holders from accumulating AXS. Crypto data platform Token Terminal observed a spike in the number of Axie Infinity holders despite the recent price drop. 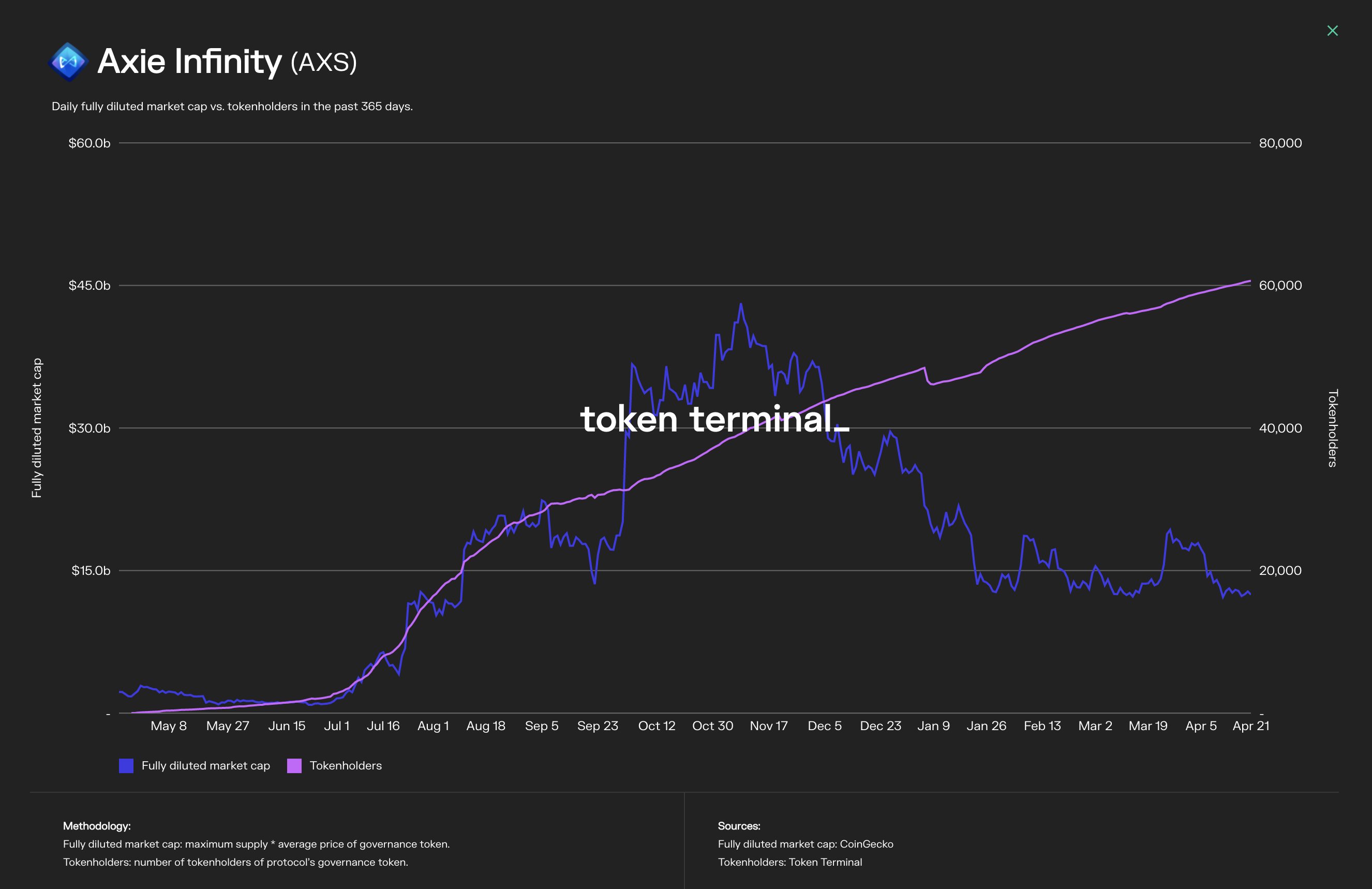 Daily fully diluted market cap vs. token holders over the past year

Currently on the swing low and so i am looking for an impulse up for us to look for a play. Swing lows provide the best RR opportunity, as long as we hold that level of course ❤️ pic.twitter.com/0zPi0Q5Fjw