On September 4, everything looked excellent, and good opportunities were offered in AXS price action. Sentiment, however, shifted rapidly on September 5, where buyers got a rejection around $92, and price action bounced off the monthly R1 resistance level. Since then, sellers took over violently and ran Axie Infinity further down. The first big break came when both the $85 level and the green ascending trend line got broken to the downside. Buyers attempted to regain control by buying back and pushing AXS above that same green ascending trend line once again. They failed though and got caught in a dead-cat bounce. What followed was the biggest losing day on record this year for Axie Infinity.

The past few days in Axie Infinity are not a standalone story. Global markets are also facing headwinds, with investors worrying and stocks having difficulties keeping the global rally going. 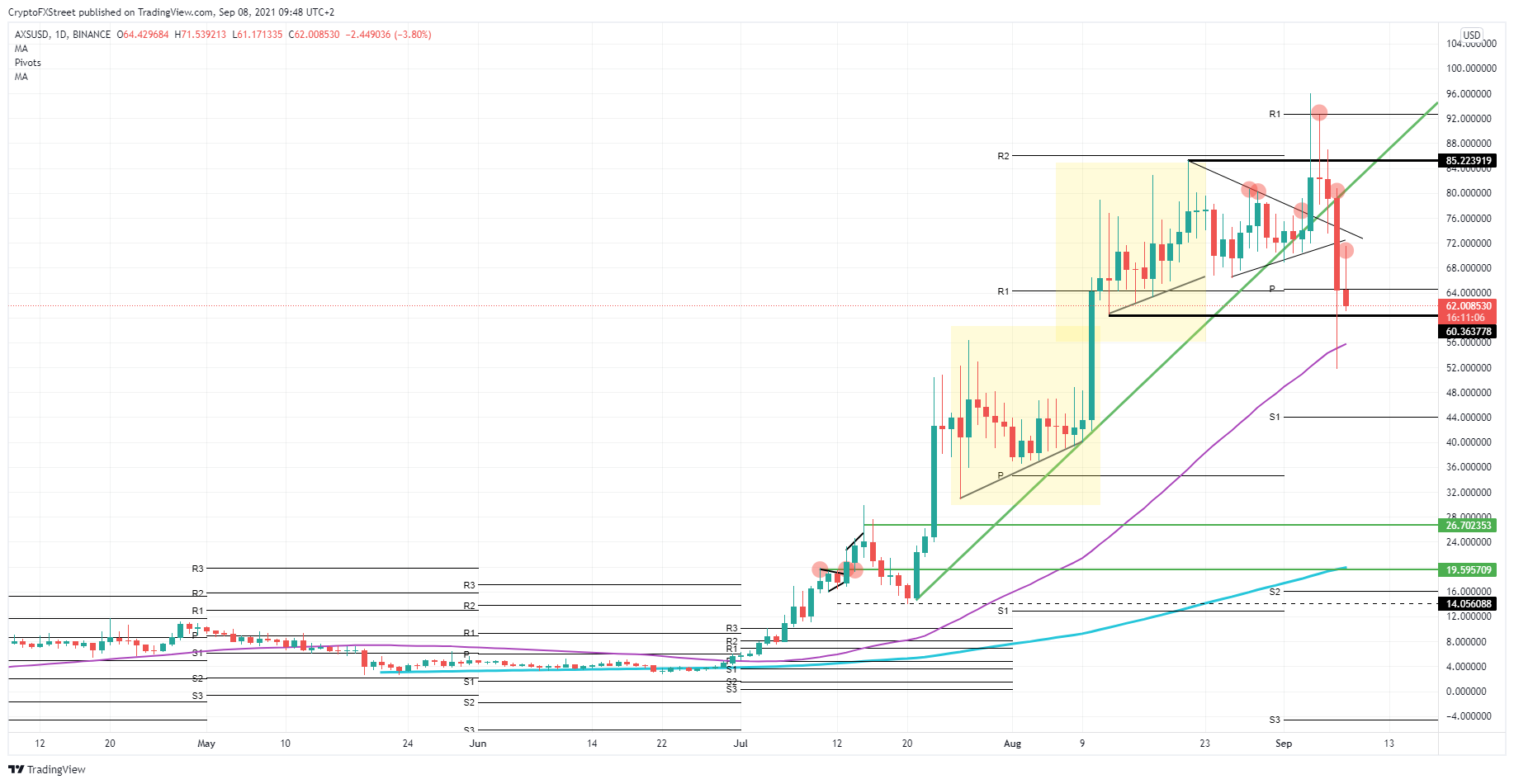 Expect a retest of $60 as the pivot above at $64.60 does not seem to be holding any importance.  $60 should already be an excellent level to support price action. Certainly, sellers will already try to book profit here.

Further down, a solid entry would be, of course, $44. That level is still quite far away, and the fall might be halted as buyers step gradually back into AXS price action. Around $56 looks attractive with the 55-day Simple Moving Average (SMA) coming in. That looks to be proven yesterday as any other downside levels were not reached, and buyers saw the break of that 55-day SMA as a queue to start buying and building up a position again.