Axie Infinity price has been on an exponential run since July and shows no sign of stopping or major corrections. Now, AXS is consolidating in a pattern with a bullish bias and hopes to set up new all-time highs.

This technical setup forecasts a roughly 20% upswing, determined by measuring the distance between the first swing high and low. Adding this distance to the breakout point at $80.10 reveals the target at $95.87.

Therefore, it is crucial for the bulls to produce a decisive close above the horizontal resistance level at $80.10 to have any chance of trending higher. Any move beyond the all-time high at $83.47 is a price discovery mode and has no resistance whatsoever, which indicates that the climb to $95.87 will be swift. 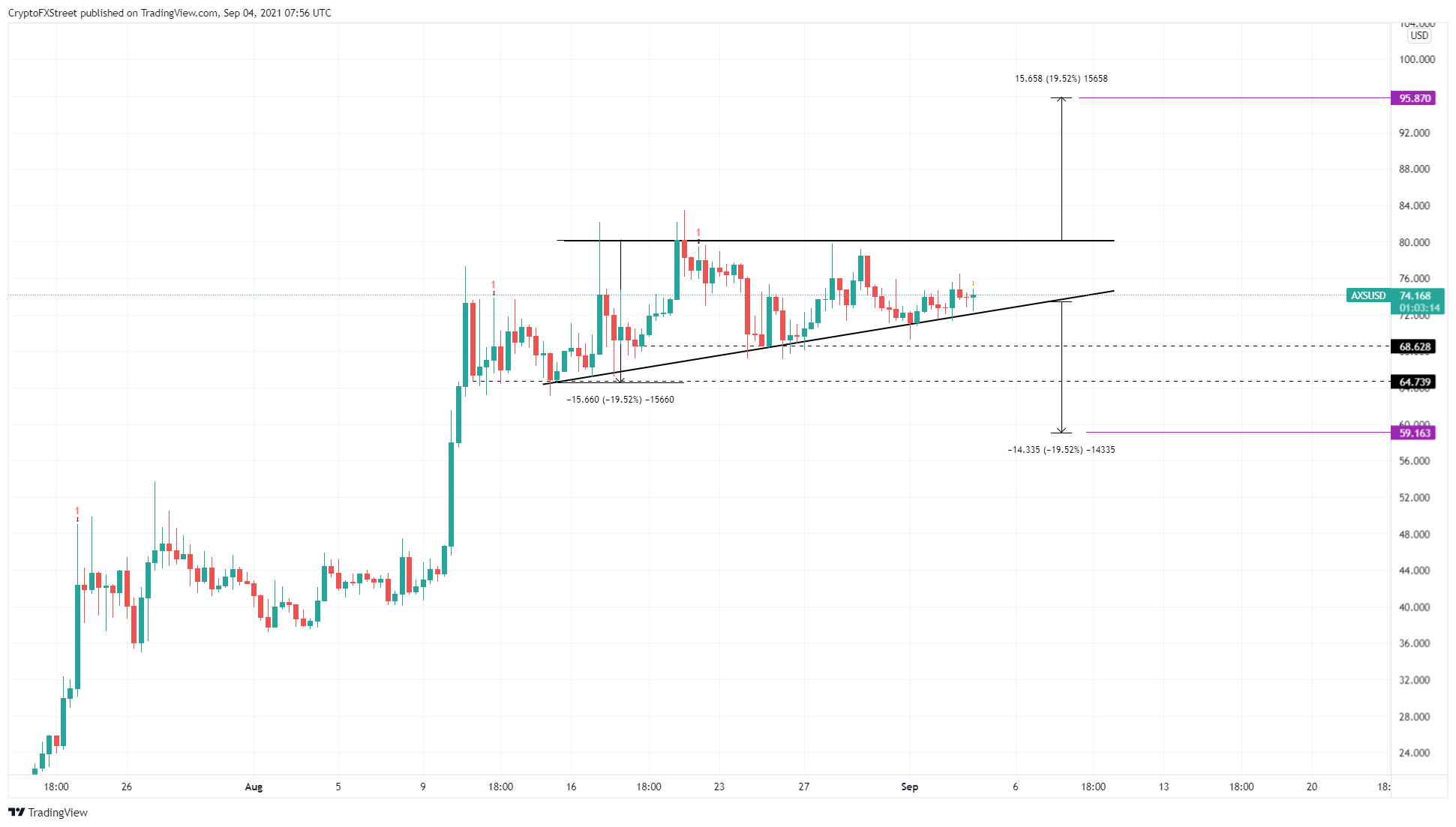 On the other hand, it is possible for the bulls to fail to shatter the horizontal resistance at $80.10, leading to a retest of the lower trend line.

If Axie Infinity price creates a lower low below $73.42, which coincides with the ascending triangle’s lower trend line, it will indicate a bearish breakout and likely trigger a crash to the subsequent demand barrier at $68.63.

While this move might appear bearish, a breakdown of the $64.74 support floor will invalidate the bullish thesis.