Axie Infinity price showed incredible bullish momentum during July and August. Although September started out on a good note, things might be coming to an end for AXS.

Axie Infinity price rallied 30% on September 4 as it pierced the 161.8% Fibonacci extension level at $85.23. However, the inability to produce a decisive daily candlestick close above this barrier indicated a lack of buying pressure and that investors were eager to book profits.

This move has opened up a weakness that has pushed AXS to shatter the support level at $77.50 and could even drag Axie Infinity price to the 127.2% Fibonacci extension level at $67.61, which would constitute a 13% sell-off. 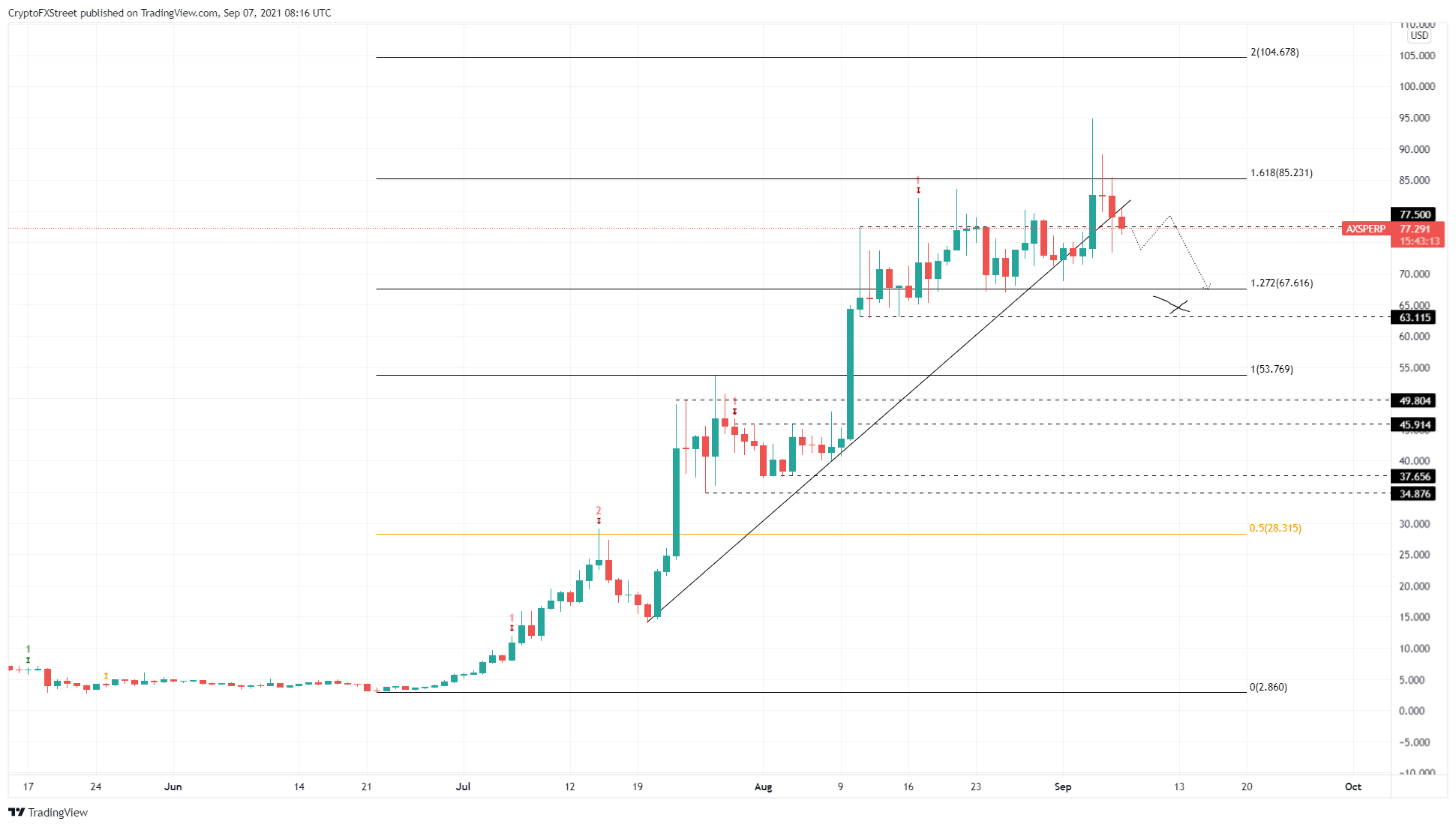 While things seem to be looking grim for Axie Infinity price, a decisive close above $77.50 will be the first sign of a recovery. However, it is not a confirmation of a trend reversal.

Investors need to wait for a convincing daily close above the 161.8% Fibonacci extension level at $85.23. Such a climb will invalidate the bearish thesis.

If the buying pressure continues to pour in, the climb could extend 23% until AXS retests the 200% Fibonacci extension level at $104.68.