AVAX price broke out of a pennant pattern on Thursday, and saw price action today opening at a very technical significant level. Avalanche price opened today at $61.62, which is not only on the red descending trend line but also on the February 11 high. This twofold entry point sees a lot of buying volume from bulls who missed the initial entry points during the ascent on the green ascending trend line.

olume on the buy-side will probably see even more inflows today as the break above the pennant has been confirmed, expect a bull run from here towards $81. This rally holds the promise of 31% of gains and probably new all-time highs. Once above $81, the price could still stretch towards $88, which falls in line with the R2 resistance level. Whether it will or not will depend on how much profit-taking occurs and how much volume joins the sell-side to cash in on  profits. 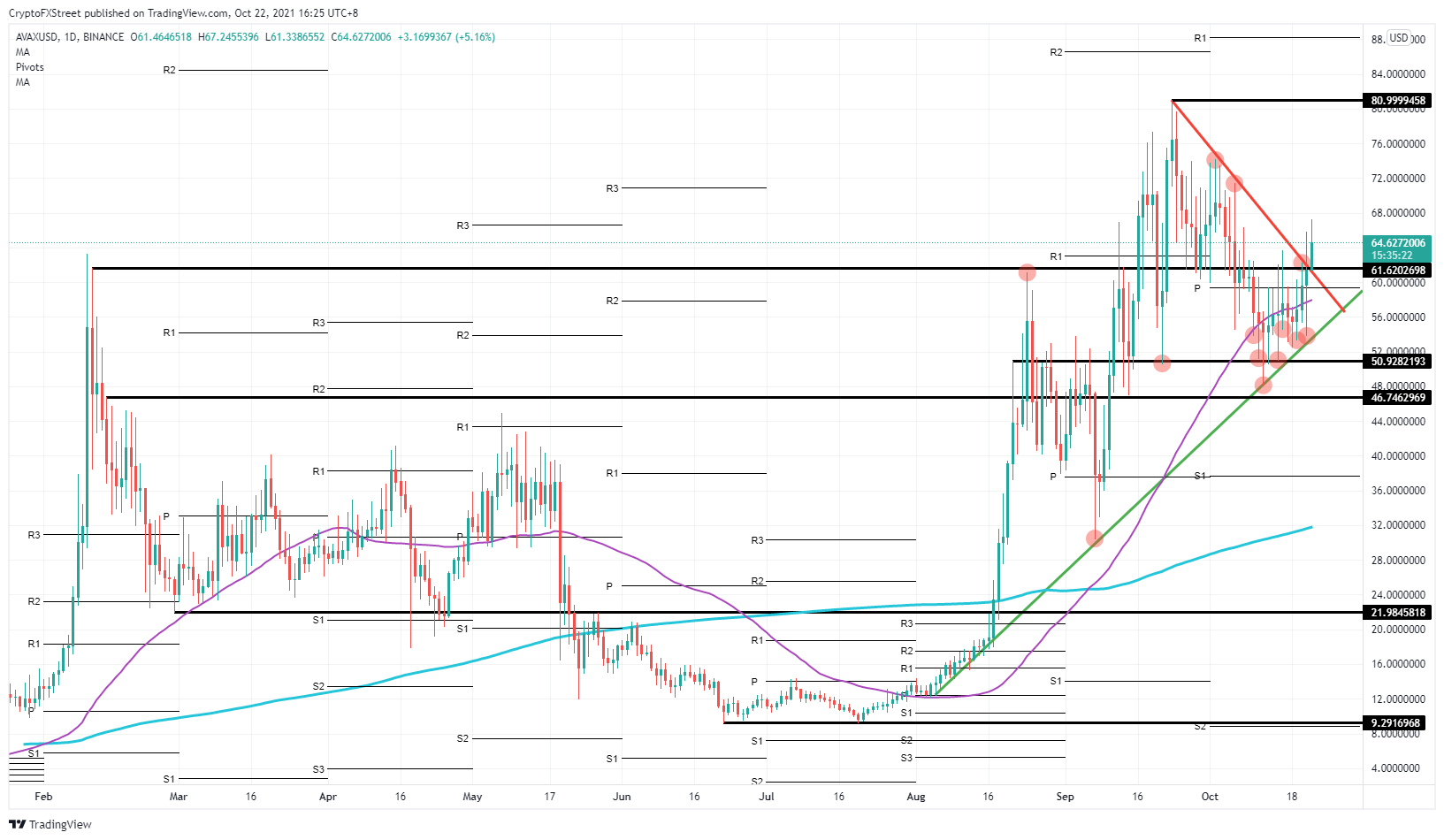 Favorable tailwinds support this rally in light of all the positive attention Bitcoin has been getting this week. Should that favorable tailwind start to fade, however, and global markets start to worry again about stagflation or some disappointing earnings results, expect this rally to be stopped in its tracks and quickly dip back to $61. On the other hand, should the move accelerate, even more, expect a break lower towards $50.93.