AVAX price has been on a downward trend for nearly a month but shows signs that a recovery rally will begin soon. A decisive close above a crucial resistance barrier will serve as confirmation of a new uptrend’s start.

Avalanche Foundation made its commitment palpable as it announced that $3 million AVAX from the Avalanche Rush program would be distributed across all Stake DAO Avalanche Strategies.

This allocation is somewhat similar to the liquidity mining incentives where projects distributed a certain number of their tokens as incentives for providing liquidity. In this case, however, Avalanche Rush has selected Stake DAO to be distributed AVAX on any Avalanche-based strategies present on their platforms.

Avalanche Rush is a flagship incentive program launched to scale DeFi and create a more accessible, decentralized, and cost-effective ecosystem through the allocation of AVAX to a select number of established and emerging DeFi protocols.

This step from Avalance Foundation aims to drive adoption, capital inflow and curious investors to Avalanche’s other connected platforms, with the hope of making DeFi more accessible. Since this is a boost to its fundamentals, investors can expect AVAX price to reflect this soon. Interestingly, the technicals hint at an incoming bullish outlook for AVAX price.

AVAX price set up a swing high on September 23 at $79.68, which served as a reversal point for the uptrend. Since then, Avalanche price has dropped 30% to where it currently stands, $56.42. This descent created three distinctive lower highs and two lower lows. Connecting these swing points using trend lines results in the formation of a descending parallel channel.

A decisive close above the upper trend line of this technical formation will indicate a breakout. However, investors need to wait for a close above $61.09 as a secondary confirmation. Assuming AVAX price succeeds, it will be due for an ascent to retest the hurdles at $75.33 and $79.68.

This run-up for AVAX price would constitute a 41% ascent from its current position to $79.68. 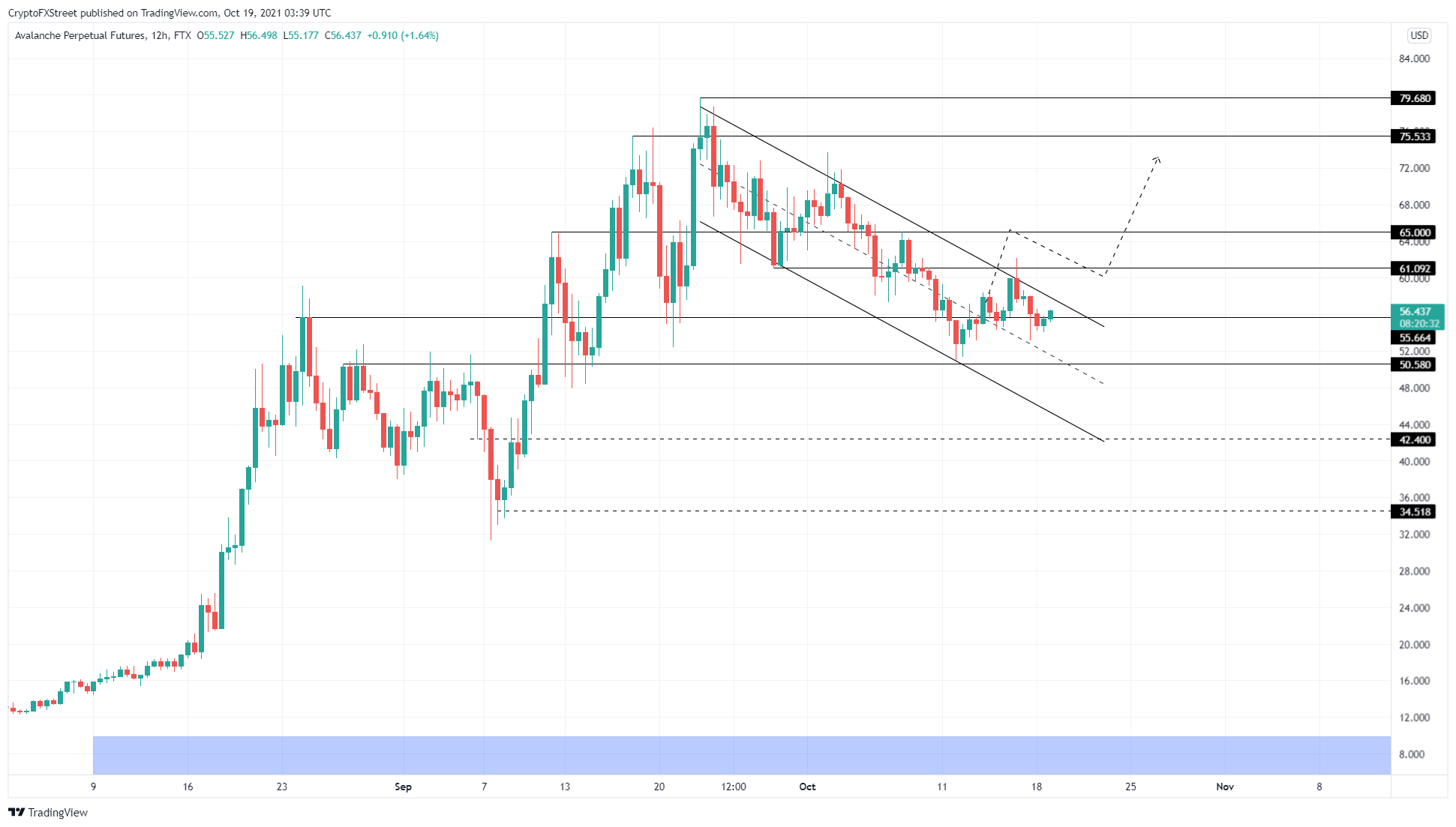 While things are leaning bullish for AVAX price, a breakdown of the $50.58 support floor will indicate that the sellers are overwhelming the buyers and create a lower low, invalidating the bullish thesis.

In such a case, market participants can expect Avalanche to slide to $42.40.