- US markets closed Monday for holiday

- Chancellor of the Exchequer Javid stated that there would no alignment with EU rules after Brexit; urged UK companies to forget about staying close to the EU after Brexit and to adjust to the 'new reality

- Libya National Oil Corporation warned that eastern forces had seized several large export terminals, a move that would cut off oil exports for most of eastern and southern oil fields. The suspension left only two oil fields operational in the country, which produce enough power to cover just 25% of the Libyan population's needs

- Dozens injured in Iraq anti-government protests over the weekend; more rallies planned by organizers over the coming week specifically calling for removal of US troops from Iraq

Market Focal Points/Key Themes: European indices mostly in the red following Asia indices mostly up and slightly lower US futures. Fevertree dives on profit warning, reporting final FY19 sales below preliminary guidance range and forecasting FY20 earnings to decline 5% y/y. Other fallers on trading updates include Renewi, Henry Boot, Anglo Pacific and Interroll. Akva down on profit warning. Outokumpu rallying following Q4 EBITDA guidance upgrade. UK homebuilders Persimmon, Barratt Development, Taylor Wimpey and Berkeley trading higher as Rightmove reported meaningful January house price increases in the UK m/m and y/y. Intu Properties dives on confirmation of equity raise targeted for end of February. REC Silicon tanks as China will extend tariffs on imports of solar-grade polysilicon from the US and South Korea for a further 5 years and the company confirmed no decision has been reached regarding restarting the company's Moses Lake facility. Lamprell jumps on large contract award. On the M&A front, Sirius Minerals up reaching agreement with Anglo American to be acquired for £5.50/shr. Qiagen up on renewed takeover speculation and BAE Systems up on two acquisitions.

- Materials: Sirius Minerals [SXX.UK] +2% (to be acquired by Anglo American)

- Poland Central Bank's Kropiwnicki: Negative real interest rates do not encourage rate cut and added that rate hikes were not the best policy in a slowing economy

- Hong Kong Govt stated that its labor market to be subject to more pressure in the near term. Consumption and tourism-related sectors remained in the doldrums with sector unemployment at 5.2% (3-year high)

- Iran said to be working on the last steps to reduce its commitment to nuclear accord. Stated that EU resorting to dispute mechanism lacked a legal value

- Iran Foreign Min Zarif: If Tehran nuclear issue was referred to UN, then country would pull out of the non-proliferation treaty (NPT)

- USD held onto its recent gains in a very quest EU session on Monday.

- GBP/USD kept a soft tone ahead of the BOE rate decision on Jan 30th. Currently the market was pricing in a 70% probability of a rate cut at the end of this month after a recent spat of weak UK data. The upcoming PMI data on Friday could make or break any near-term move by the BOE.

- EUR/USD held below the 1.11 level. ECB meets on Thursday and focus will turn to Lagarde ‘s plan start of her strategy review. Some speculation has surface whether and how the central bank could switch to a symmetric inflation target.

- (JP) Bank of Japan (BOJ) Interest Rate and Policy Decision: Expected to leave Interest Rate on Excess Reserves (IOER) unchanged at -0.10%; maintain its policy framework of "QQE with Yield Control" around 0.00% and maintain asset purchases at annual pace of ¥80T 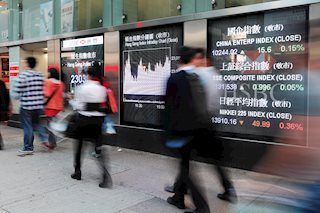