Ripple (XRP) price is seeing bulls sticking to their guns after adventurous bulls came in and bought the dip near the low of the current low of November last week. Although XRP recovered a bit at the beginning of this week, as more headlines came out on the aftermath of FTX, the polish missile impact was the key trigger that flipped price action to the downside and bruised the bullish recovery sentiment. Expect to see some lacklustre move into the weekend, with price action contained either way by a firm cap and floor.

XRP could go either way, depending if the market makes up its mind

Ripple price is holding its gains for the week in a very challenging week where quite a lot of bearish sparks were going against the attempt of bulls to recover at least a chunk of the incurred losses from last week. Unfortunately, bulls could not push price action above that 200-day Simple Moving Average at $0.3973 and saw it being respected as a cap. To the downside, bulls were keen to get in even a few cents before the bounce off the red descending trend line at $0.3212.

XRP, thus, is one of the more bullish outliers in the cryptocurrency space as several other cryptocurrencies and alt currencies are bleeding heavily. The bruised confidence makes it ideal for traders to cherry-pick the ones holding the best cards. XRP could be seen as the best crop pick, with massive cash allocated toward it, due for a break above the 200-day SMA and a target of $0.4974 to the upside by the end of next week. 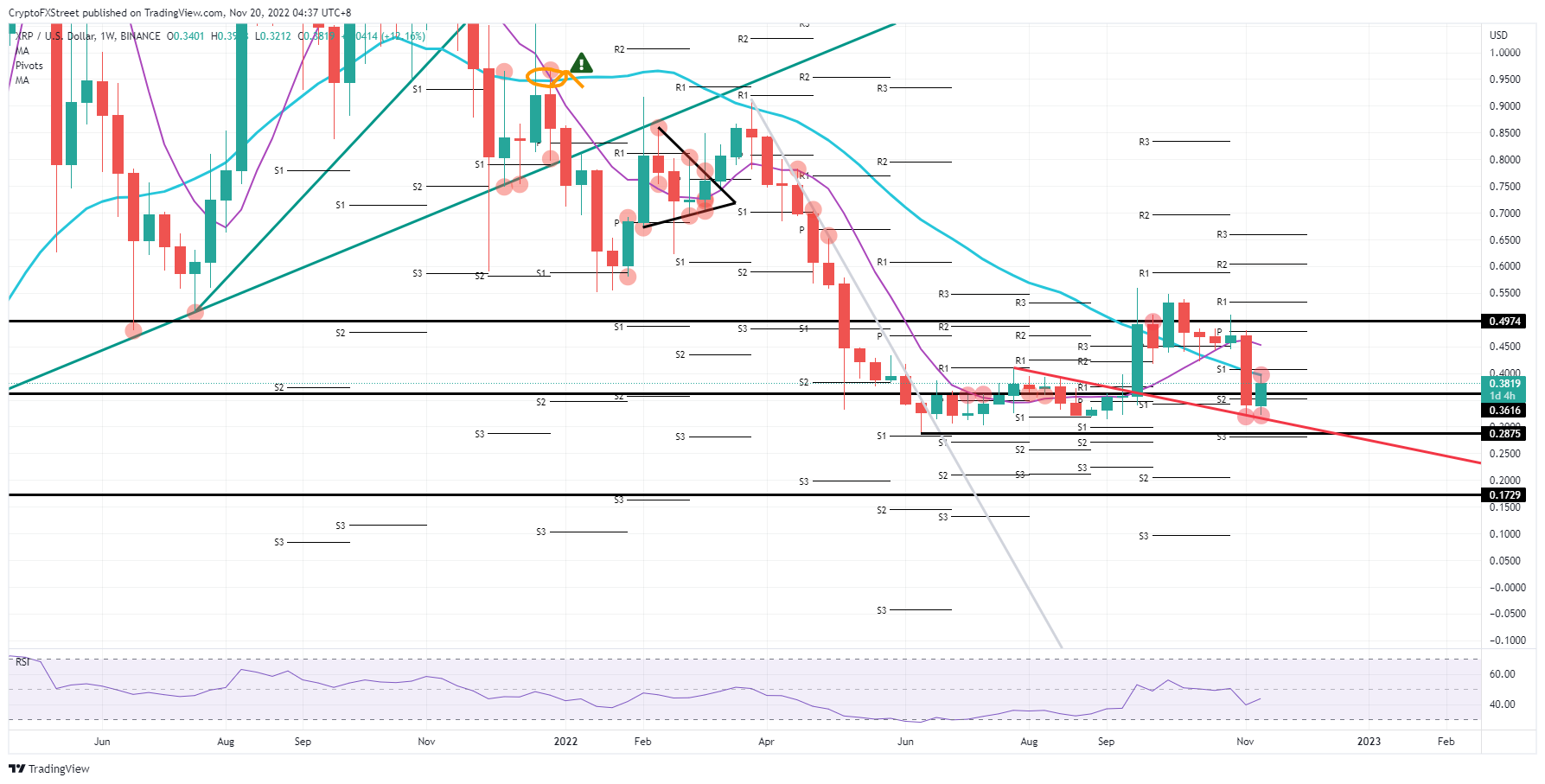 Risk to the downside is being held by the technical rejection on the top side against that 200-day SMA, as it could trigger another leg lower in the coming week. That would go hand in hand with markets being rattled again by some geopolitical triggers. As Russia remains bombing Ukrainian energy installations and gas supplies, it is not unthinkable that more rockets land in Poland as collateral damage from Ukraine's defenses. The question will be when NATO perceives this as 'enough is enough and calls on any chapters that would activate military retaliation.

That would be a big bearish trigger and push XRP to the downside. First up would be a push against the red descending trend line near $0.3000. Once XRP enters that area again, expect a test at $0.2875 before now lows for November will be printed. Certainly, that $0.2500 looks to be a good candidate to catch our trigger a bounce off.