XRP price action last week was disappointing as it slid below a significant support level, flipping it into a blockade. As seen between June and September, the altcoin faced immense selling pressure from the said hurdle that hindered bullish breakout attempts multiple times.

Interests in the SEC vs. Ripple lawsuit seem to be renewed as Coinbase, a poster child for crypto exchanges in the US, joins the battle in support of the defendant. As reported in a previous article, the presiding US District Judge, Analisa Torres, granted motions to the defendants’ 12 backers to file their Amicus Briefs.

One of these twelve supporters includes the well-known crypto exchange, Coinbase. Due to these developments in the lawsuit that tips the scale in Ripple’s favor, investors need to keep a close eye on XRP price.

XRP price slid below the $0.381 support level on November 8 and has created a smaller range, extending from $0.316 to $0.403. The altcoin hovers in the upper half of the region, suggesting underlying bullish enthusiasm.

Due to the proximity of the $0.381 and $0.403 hurdles, it will take a lot more than a few buyers’ hope. However, a sudden spike in Bitcoin price over the weekend could see XRP price follow suit and push higher. In such a case, investors can expect the remittance token to tag the immediate hurdle at $0.448.

Clearing this blockade will allow XRP price to stay on the path and revisit the $0.509 hurdle, above which rests buy-stops. A sweep of this liquidity will likely signal an end of the uptrend, bringing the total gain to 35%. 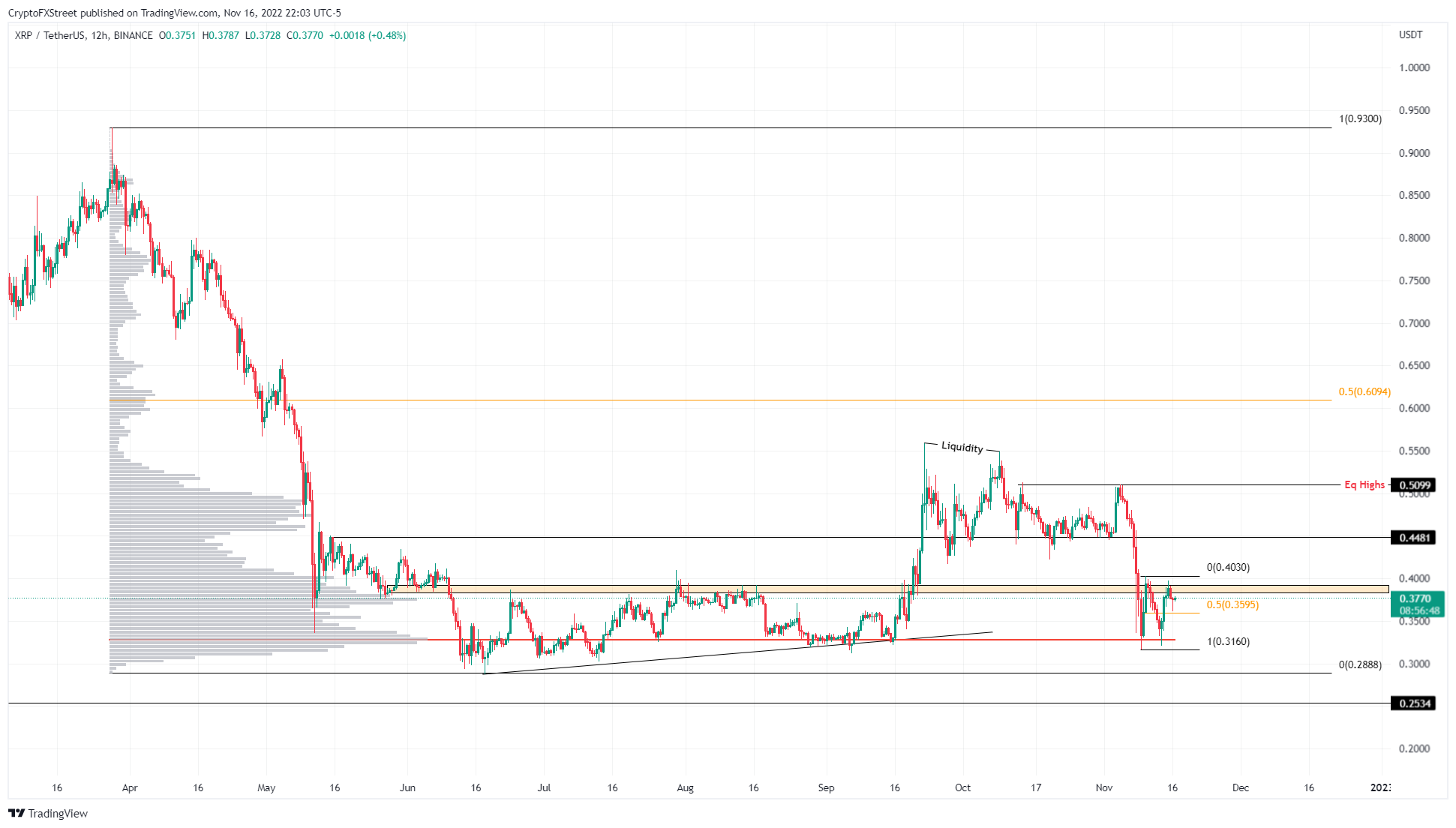 While things are looking up for XRP price, a breakdown of the range’s midpoint at $0.359 will shake the investor confidence. This move could send the altcoin toward the range low of $0.316.

If buyers step up and attempt a recovery, things will remain unchanged for investors. However, a twelve-hour candlestick close below $0.316 will invalidate the bullish thesis. Such a development could send XRP price crashing to retest the $0.288 support floor.