Ripple (XRP) price action is very muted after last night's events, while other asset classes moved more substantially. Although it looks like an accident and collateral damage from Ukraine's defense system against Russian missiles, it warns that this tail risk is still very much present and needs to be factored in. Expect to see the US session completely erase any pullbacks and expect the bullish sentiment to continue.

Ripple price action did not react to the headlines that came out last night pointing to a possible escalation of violence in the Ukraine region. Traders were on high alert and looking for headlines coming out of NATO after Poland called the alliance when two Polish citizens were killed in a presumed missile attack from Russia. As minutes passed, it became clear it was collateral damage from the Ukraine defense system that was active because of a bombing in the Ukrainian region near the Polish border. This event though reminds traders and markets that this is one tail risk not to be underestimated, as several traders will have received notice of being stopped from making trades.

XRP price action is set to continue its bullish uptick this week, with pressure mounting against the 200-day simple Moving Average (SMA) near $0.40. Once that breaks to the upside, expect to see $0.4228 be the next cap to the upside. Although markets are currently on edge, should the dollar weaken further, expect this to pull up the price action in XRP toward $0.48 by the end of this week. 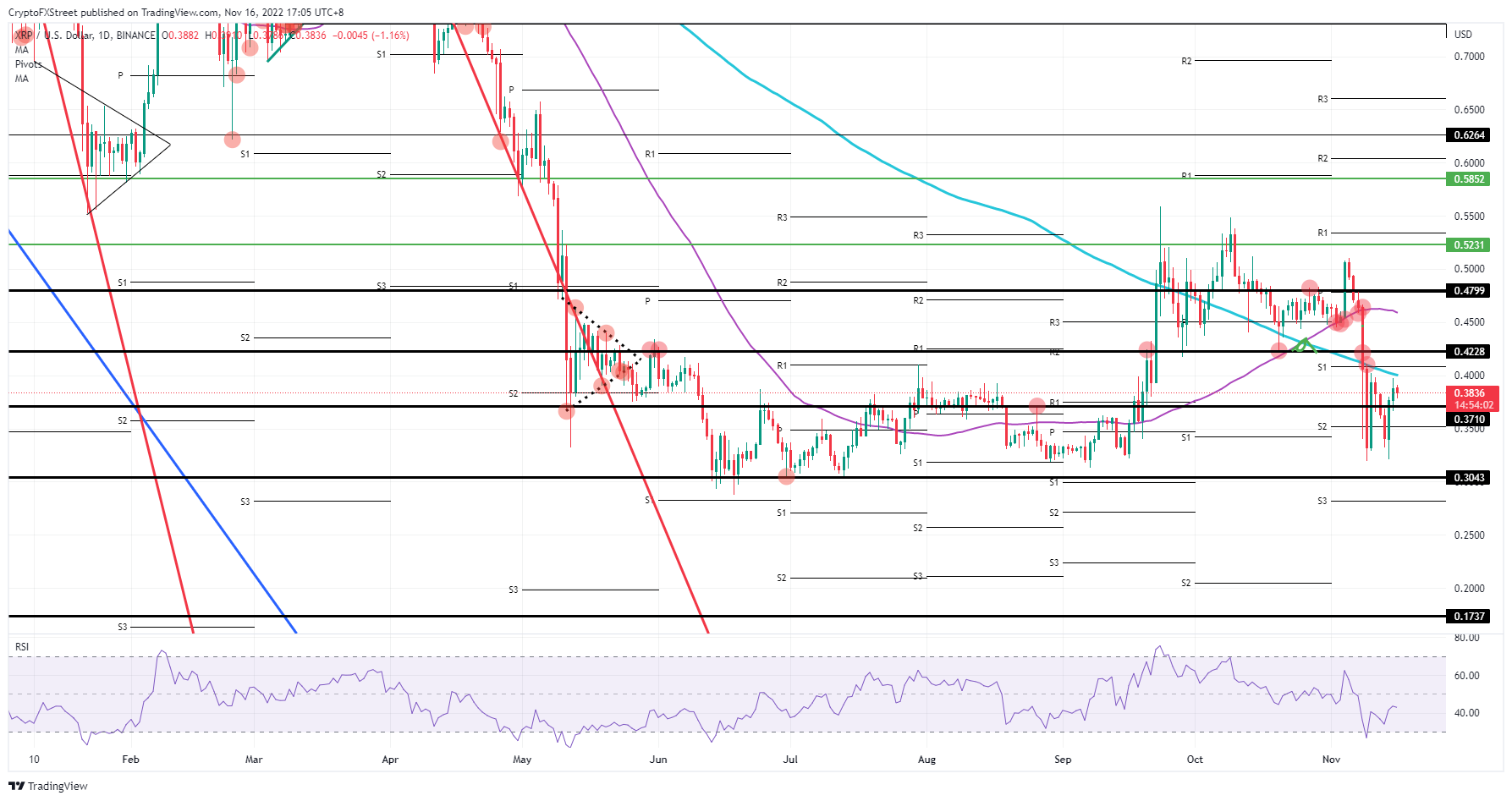 Risk to the downside depends on the NATO statement as the investigation continues. Should NATO members move from Article 4 toward Article 5, that would mean militarisation and possible military action from NATO toward Russia. That would be a very big market-moving event, a Black Swan event, which could initially push XRP price action toward $0.37. Next would be a nosedive move toward $0.30 in search of support.