Ethereum and Ripple will also likely correct to stable support levels before the markets establish a direction.

In some cases, BTC might head as low as $36,361 before the uptrend resumes. However, any breach below the 50% Fibonacci retracement level at $35,618 could lead to a negative impact on the bullish outlook.

In some cases, the resulting selling pressure might push BTC down to $34,666 or lower.

Since this move was ephemeral, Ethereum price fell in line as it continued to retrace lower. So far, the smart contract token has dropped 9% to retest the support level at $2,460.

As with BTC, Ethereum price might kick-start its uptrend from $2,460 or retest the range’s midpoint at $2,297. This move would reveal a total retracement of 15% and would most likely be the place where sidelined buyers might step in and trigger another leg-up.

Under certain circumstances, the move might even instigate holders to sell, pushing ETH as low as $2,018.

Although a bounce from the said support level is likely, a breakdown of it could lead to a retest of $0.665 and $0.647, the trading range’s midpoint, in some cases.

Investors can expect a reversal from either of the levels mentioned above to retest the $0.785 resistance level. 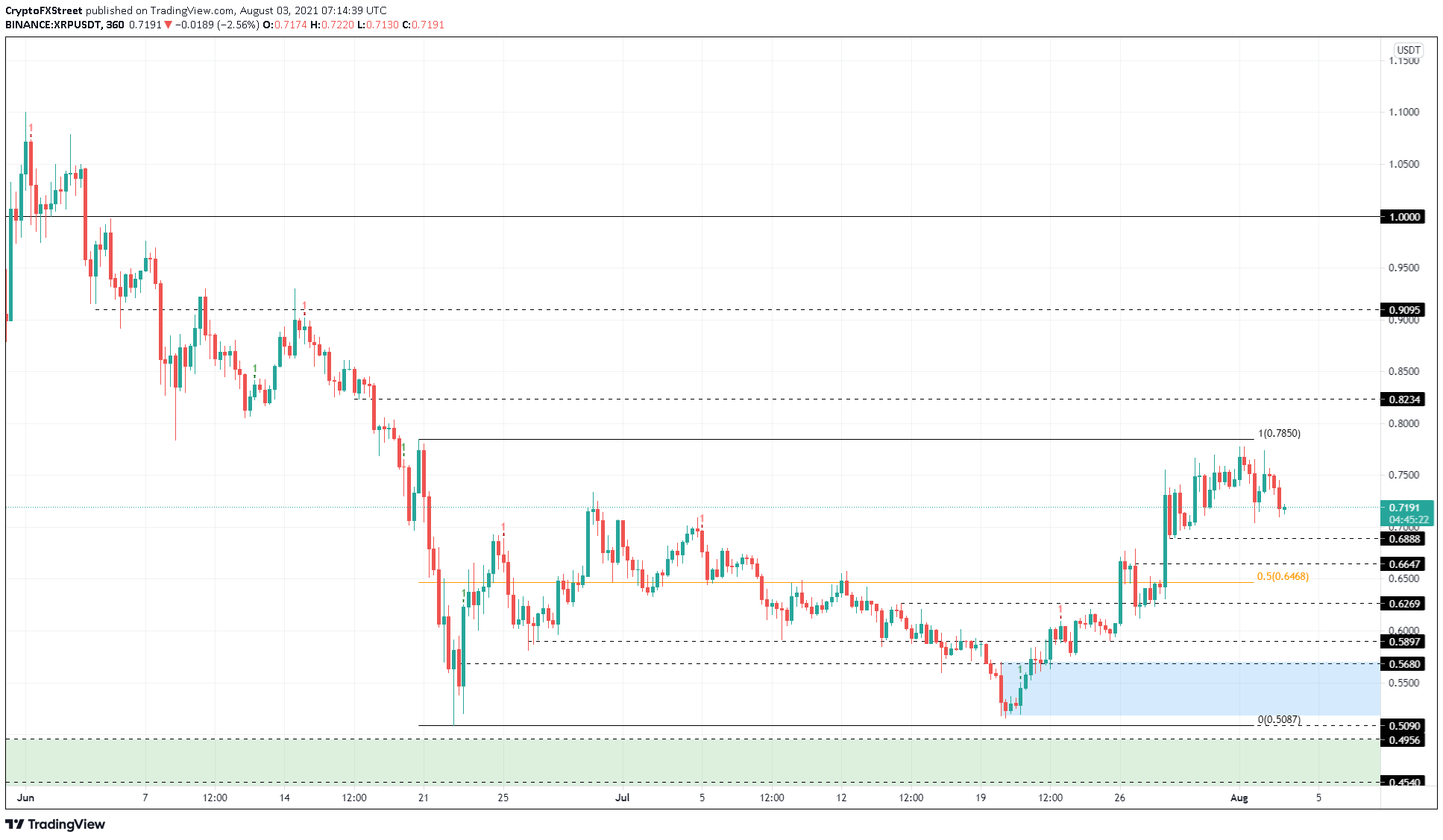 On the other hand, a breakdown of $0.647 will indicate weak buying pressure and might catalyze a move lower. If this were to happen, leading to a breach of the $0.627 support level, it would invalidate the bullish thesis and trigger a 6% move to $0.590.