Polkadot price has been hovering below a previously formed range for quite some time. The recent venture below a level has led to a bottom reversal formation that could result in a swift rally. Investors could get a window to purchase DOT at a discount.

Polkadot price builds up the momentum

Polkadot price formed a range, extending from $6.85 to $11.86 as it rallied roughly 72% between May 12 and 16. This explosive move set the stage for the price action to come for months.

Since May 12, DOT has deviated below the range low twice and has set up a double bottom at $5.95. While this technical formation is bullish and forecasts an 82% run-up to $11.86, the upward tracjectory is likely to be uneven.

The most obvious scenario would include DOT flipping above the range low at $6.85, which will be the first bullish confirmation. Beyond this level, Polkadot price could attempt a retest of the range’s midpoint at $9.35, which would constitute a 45% gain from $6.43.

While the aforementioned outlook is logical, it is unlikely since Bitcoin price has no directional bias and is undergoing a range tightening. Therefore, investors should be open for a potential sweep of the $5.95 level to collect the sell-stop liquidity before a revisit of $9.35. 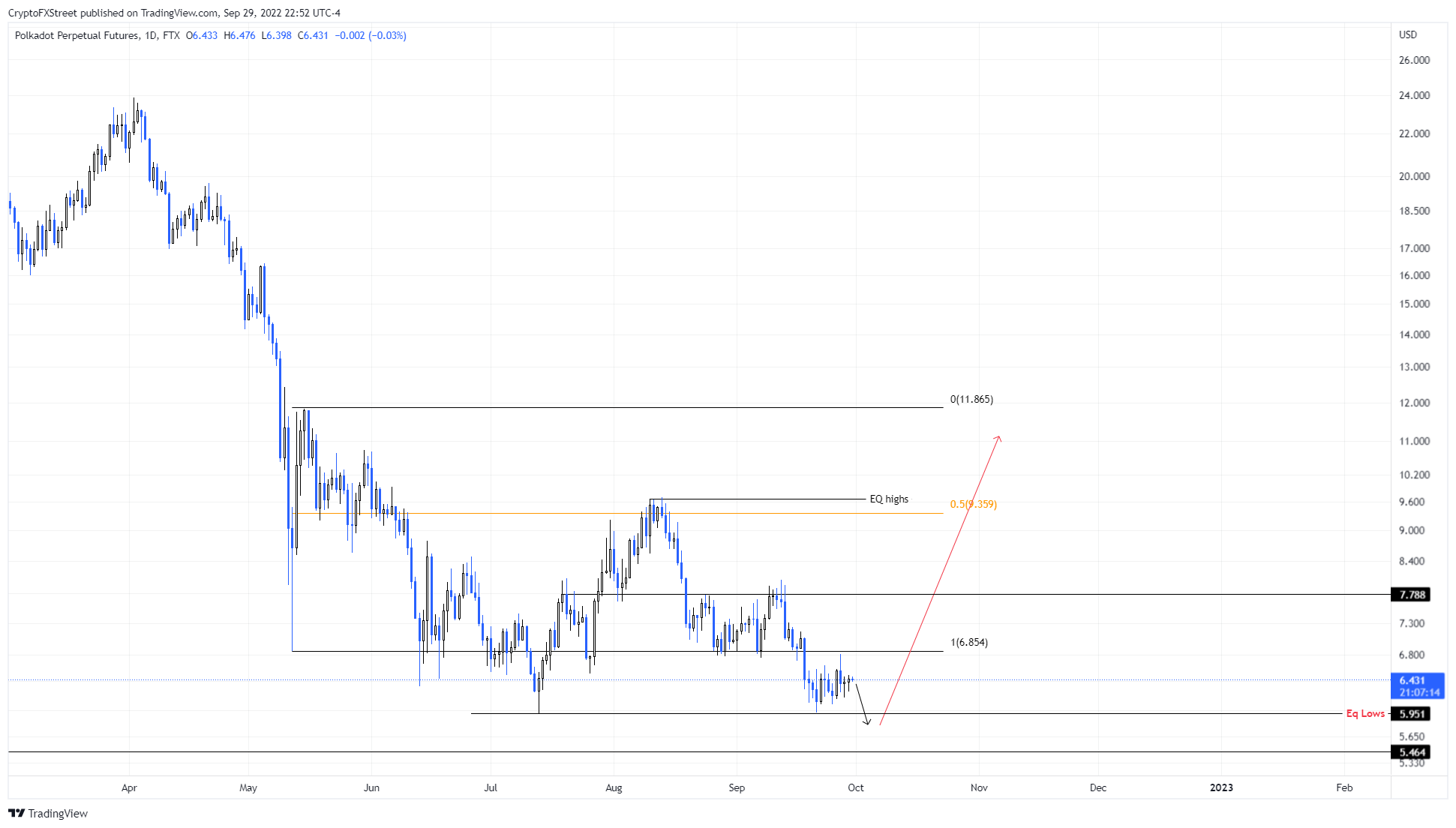 While things are looking up for Polkadot price, a U-turn in Bitcoin price could ruin the perfectly bullish setup on DOT. Therefore, investors need to keep a close eye on the $5.95 level. A daily candlestick close below this level would create a lower low and invalidate the double bottom narrative.

This development would also invalidate bullish scenario and potentially trigger a further crash in Polkadot price to $5.46.

The video attached below talks about Bitcoin price and its potential outlook, however, this is still relevant as it is likely to influence Polkadot price