Polkadot announced its roadmap outlining key updates and launches scheduled for the next few quarters. The announcement led to a strong rebound in DOT price and analysts retain a bullish outlook for Polkadot price.

Polkadot has announced its plan for asynchronous backing, a technique that allows parachains – layer 1 blockchains within the Polkadot ecosystem – to build blocks concurrently with the main Polkadot relay chain. The project is focused on connecting and improving communication between the different blockchains within the Polkadot ecosystem. Through the proposed connection, parallel chains can be linked and they can exchange value via relay chains.

Further, this will reduce parachain block time by half. Currently block time is 12 seconds, but there is a likelihood that it will be reduced to 6 seconds. Polkadot proposes to achieve this by increasing the amount of block space available to each block by five to ten times.

There is a massive series of upgrades related to scalability, cross-chain communication, expense calculation, governance and staking in the roadmap update, which are expected to be rolled out by the middle of 2023.

The project's governance is likely to witness a complete overhaul and DOT developers are keen on updates in the blockchain ecosystem. Projects in the category of partial decentralization are closing and those with complete or no decentralization have become popular on Polkadot.

The novel governance system is scheduled to be deployed on Kusama, Polkadot’s public pre-production environment, in Q4 2022. The proposal will be presented to the community and needs to be voted on and approved in the referenda queue by token holders.

Polkadot's price witnessed a spike, nearly 10% in the response to the announcement of massive developmental upgrades and the expected increase in transaction speed.

Analysts have set a target of $9.21 for Polkadot price as the altcoin breaks into an uptrend. 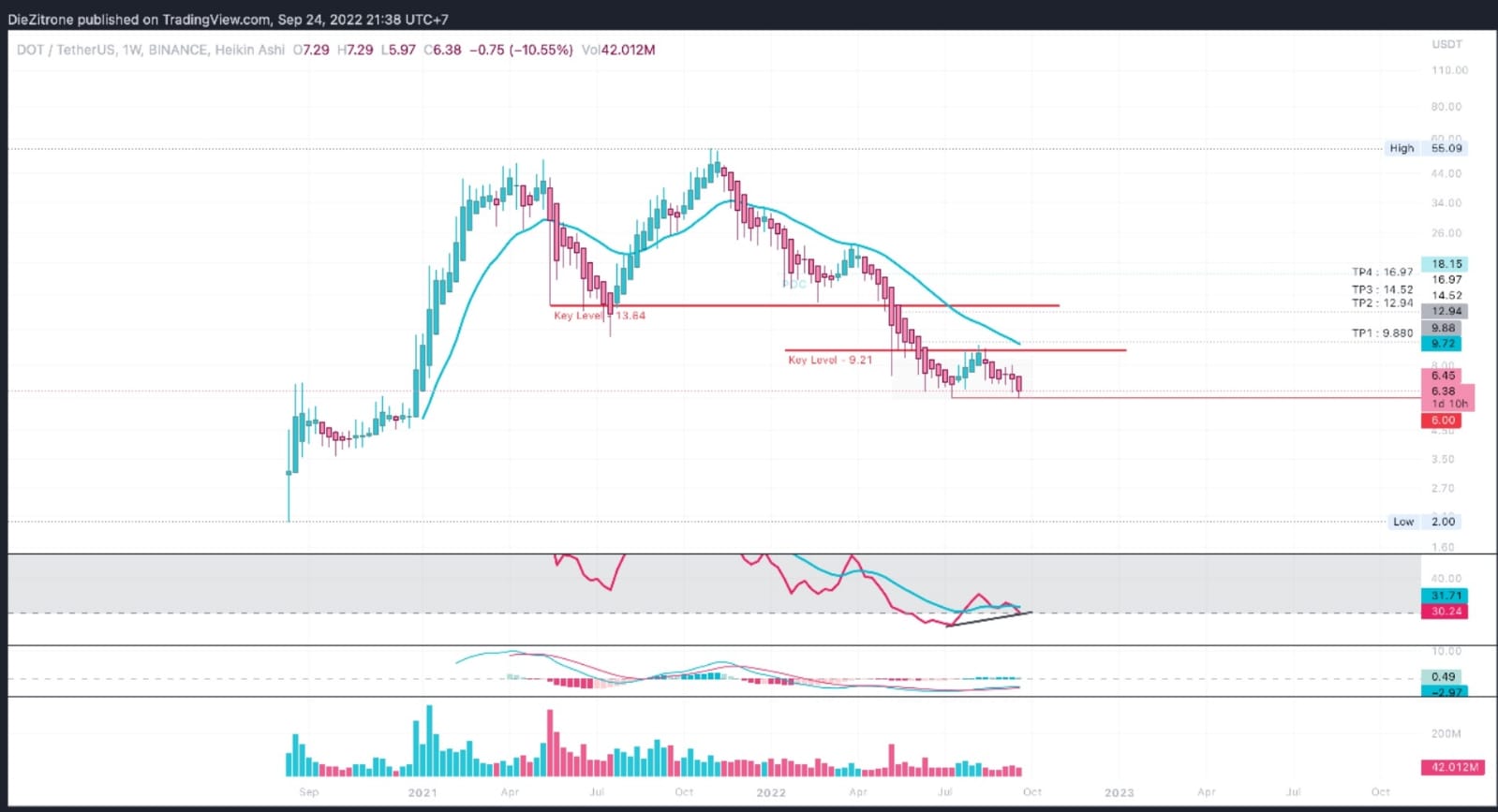