Solana (SOL) price attempted to break above the orange descending top line last Friday, helped by the positive spillover effect from Bitcoin, and that is keeping further upside muted in SOL price action.

But the breakout did not materialize and resulted in a bull trap, and now bulls look to scramble to defend the ascending trend line forming a pennant that looks to break either way. With the uptrend and the Relative Strength Index (RSI) nowhere near overbought, expect the breakout still to favor the bulls and further upside in SOL price action.

Solana price sees bulls defending the ascending side of the pennant

Solana price favored the upside and rode along with the Bitcoin rally to break the orange descending top line at $175. But the break turned into a small bull trap and price in SOL faded back below the top line. A short-term ascending trend line has formed a pennant and already withstood three tests to the downside. Expect bulls to still defend this trend line.

By doing so, SOL price will attract more buyers into the price action. With the RSI at 54, buyers have no reason not to add more Solana coins to their portfolio. Expect entries at $157-$158, which will build momentum for a breakthrough in the top line again, with a first target at $180 for short-term profit-taking. 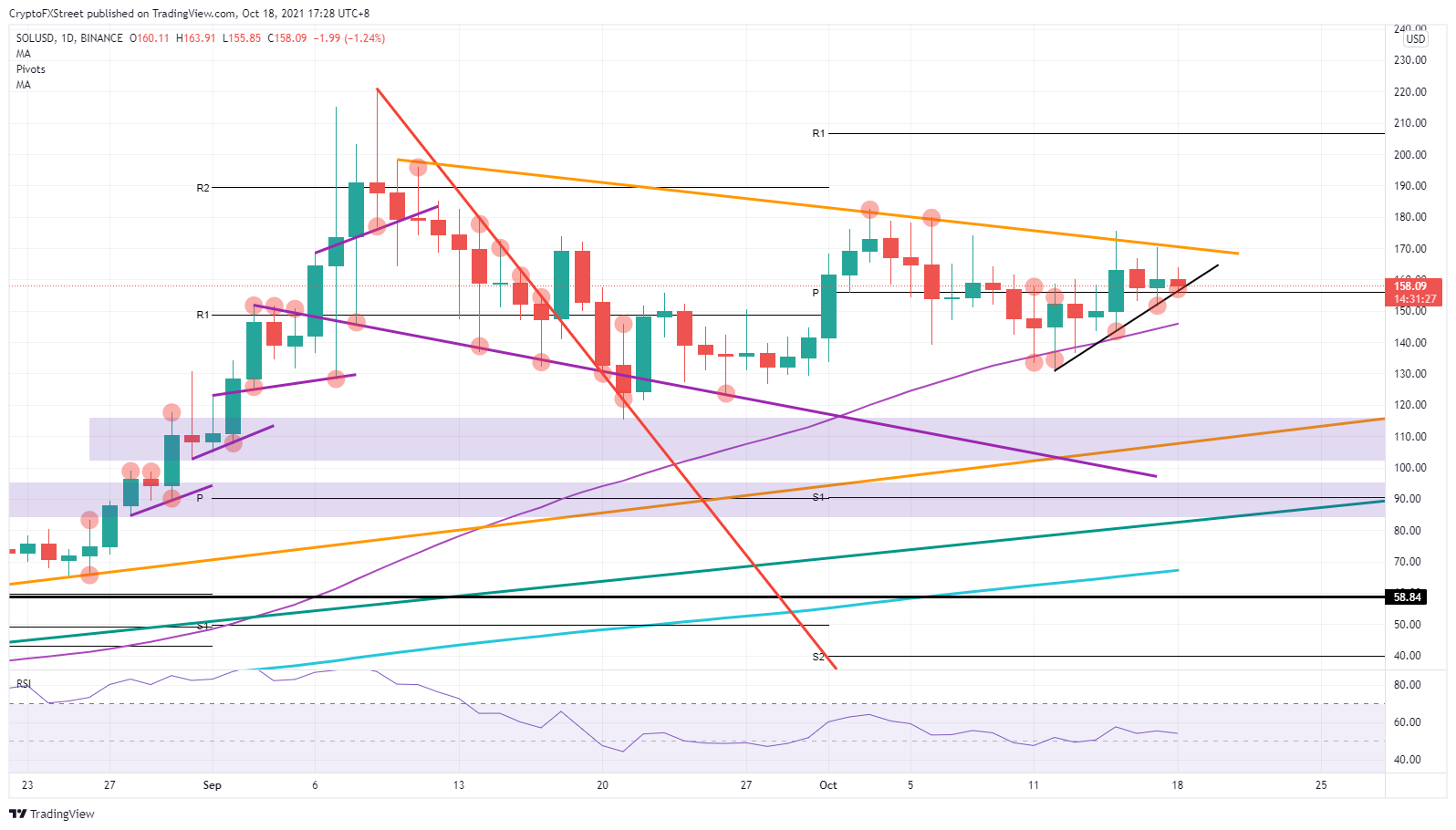 SOL price hitting $180 will prove to be a tipping point. If Bitcoin price could be on the route towards new all-time highs, expect some positive spillover effects again on Solana price action, as seen last Friday. Bulls will try to add another 20% in Solana towards $200.

Should the ascending trend line not hold, expect a break lower with the 200-day Simple Moving Average (SMA) to come in at $145. Another leg lower would target $130, with a retest of the low of October. Market sentiment could turn to the downside if Bitcoin started to fade in the wake of new all-time highs.