Shiba Inu price has been moving sideways for more than a week, indicating that the buying and selling pressure are equally matched. Although SHIB saw a sudden uptick in buying pressure, it was short-lived and within the consolidative range. However, investors need to see a breakout from this range to trigger a massive move higher.

Shiba Inu price set up a swing high at $0.0000395 after the December 4 flash crash. Shortly thereafter, the meme coin set up a swing low at $0.0000328. This development was followed by a series of roughly equal highs and lows that formed in this trading range.

As Shiba Inu price pulls back to the 79% retracement at $0.0000340 again, investors can expect SHIB to see another rally. If this run-up produces a 4-hour candlestick close above $0.0000387, it will signal a bullish outlook. 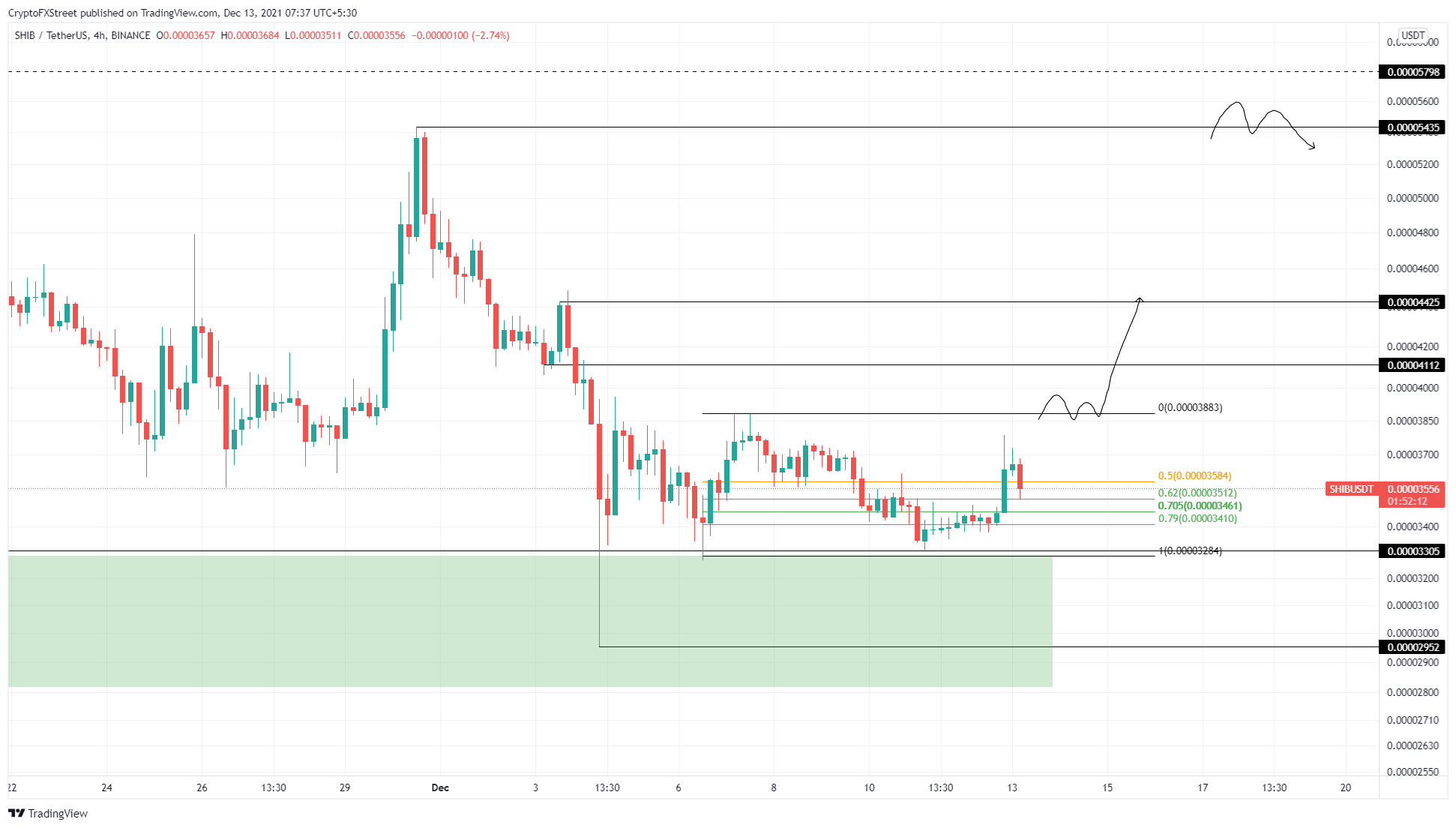