Ripple buyers have taken over XRP price action, leaving sellers with not much opportunity to make money. A few levels have been taken out that held importance in the past, but the rally looks very healthy.

Buyers have taken over XRP, more upside yet to come

Ripple price had a big run higher on Saturday with a 22% surge in price action. Buyers squeezed out short-sellers that got caught in a bear trap. XRP got blocked around $1.10 from moving higher and formed a double top past Friday. Sellers attempted to enter in a short position to push the price back toward $1, but they failed in their attempt. Then$1.10 got taken out to the upside, with a smooth run higher toward $1.30.

Today price action seems to be hovering around that same level, but the rally is still very much in play. Looking further to the upside, XRP has the yellow trend line forming a bit of a cap between $1.30 and $1.40 for the next coming days. As long as market sentiment remains in place, expect the rally to continue. The next level of interest is $1.50, which is just below the weekly R1 resistance level. Thus making it a double cap where probably sellers will look to halt the rally in a new attempt. 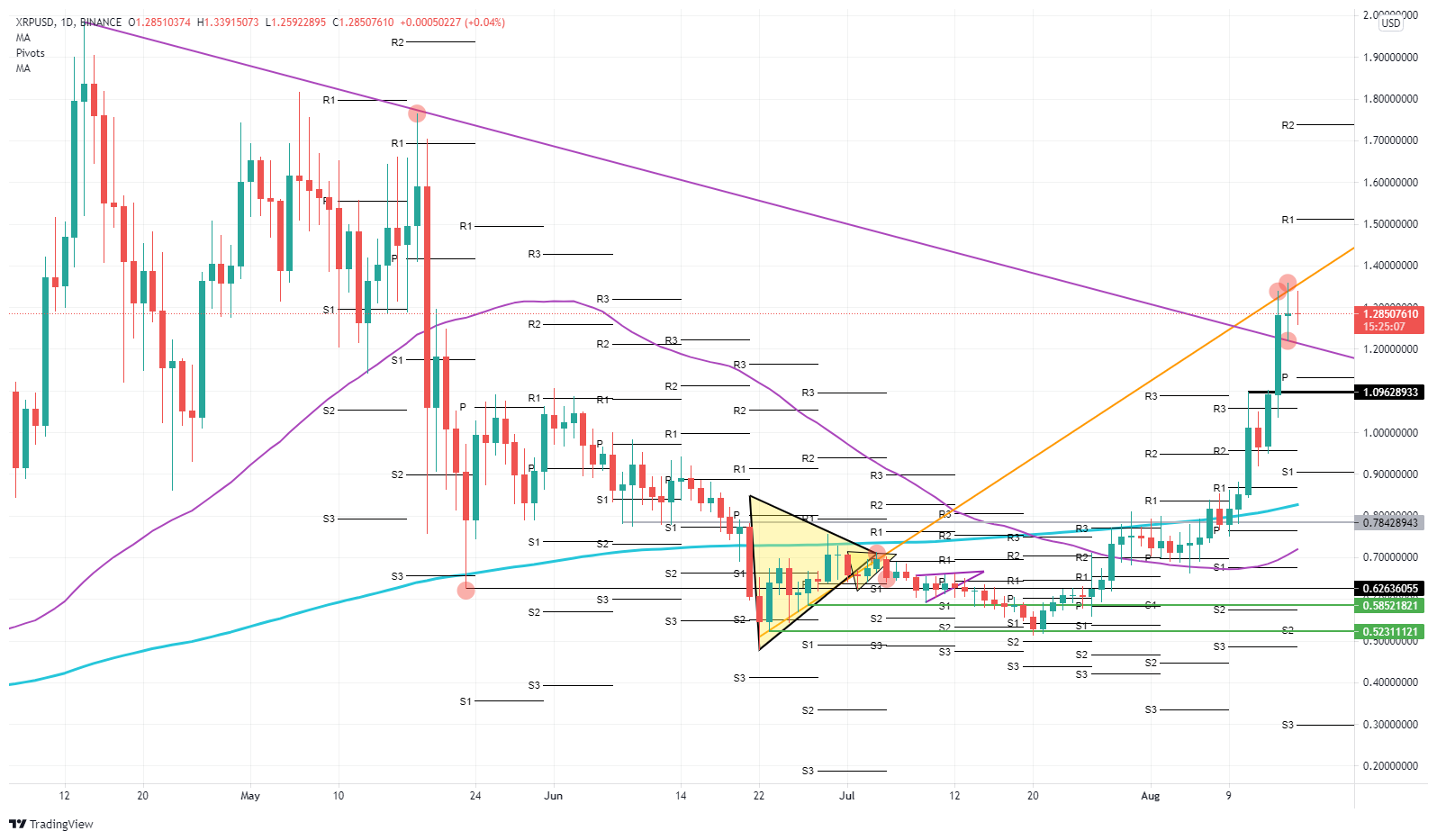 Buyers will not be eager to sell anytime soon. Should sellers succeed in their attempt to stop the rally or market sentiment shifts 180 degrees to the downside, look for that purple descending trend line around $1.20 to provide some support in the coming days. A bit further lower, XRP has the weekly pivot at $1.13 and $1.10, where XRP has that double top from last week that now should act as support. Between the pivot and the double top from last week, this area should be perfect for a fade-in trade before going another leg higher.