XRP price has reached the target of the governing chart pattern and has surged by over 128% since July 20 low. The uptrend appears to be retreating, as a technical indicator has printed a top signal, indicating a sell-off is in the offing.

XRP price seems to have little room to move on the upside after Ripple accomplished the ascending parallel channel target, tagging the topside trend line of the upper parallel channel at $1.14.

The Momentum Reversal Indicator (MRI) has flashed a second consecutive MRI top signal, suggesting that XRP price could be heading for a trend reversal.

The Relative Strength Index (RSI) also hints that Ripple may be overbought, adding credence to the bearish thesis. 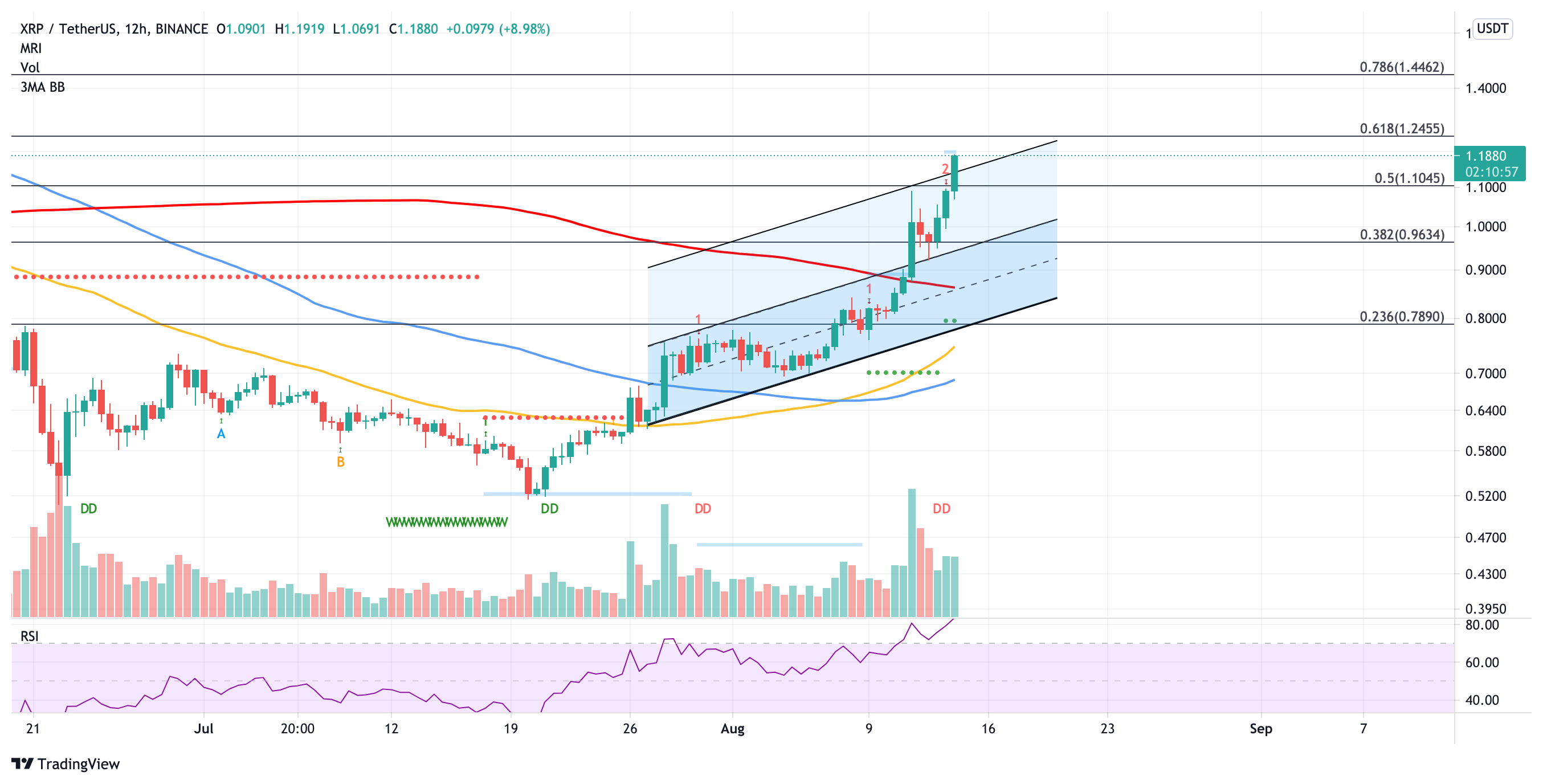 Further selling pressure may push XRP price lower, toward the middle boundary of the prevailing chart pattern, corresponding to the 200 twelve-hour Simple Moving Average (SMA) at $0.86.

Ripple may find meaningful support should the buyers struggle to lift prices higher against the overpowering distribution of the sellers at the lower boundary of the parallel channel, meeting the MRI support line and the 23.6% Fibonacci extension level at $0.78.

Slicing below the parallel channel is not expected at the moment unless a catastrophic event occurs, effecting the reversal of fortune for Ripple.

However, if XRP price is met with a spike in buying pressure, this would void the bearish outlook and put the target of $1.24 at the 61.8% Fibonacci extension level on the radar, should Ripple surges above the breakout line given by the MRI at $1.19.