The Asia Pacific region is one of the fastest-growing areas for Ripple, where transactions have increased 130% every year. Investors are bullish since the new partnerships in Asia increased the scope for XRP's utility.

The sixth-largest cryptocurrency by market capitalization has rallied 9% in the past 24 hours and 36.6% in the past week. It seems like Ripple's partnership with GME is one of the factors driving prices higher. 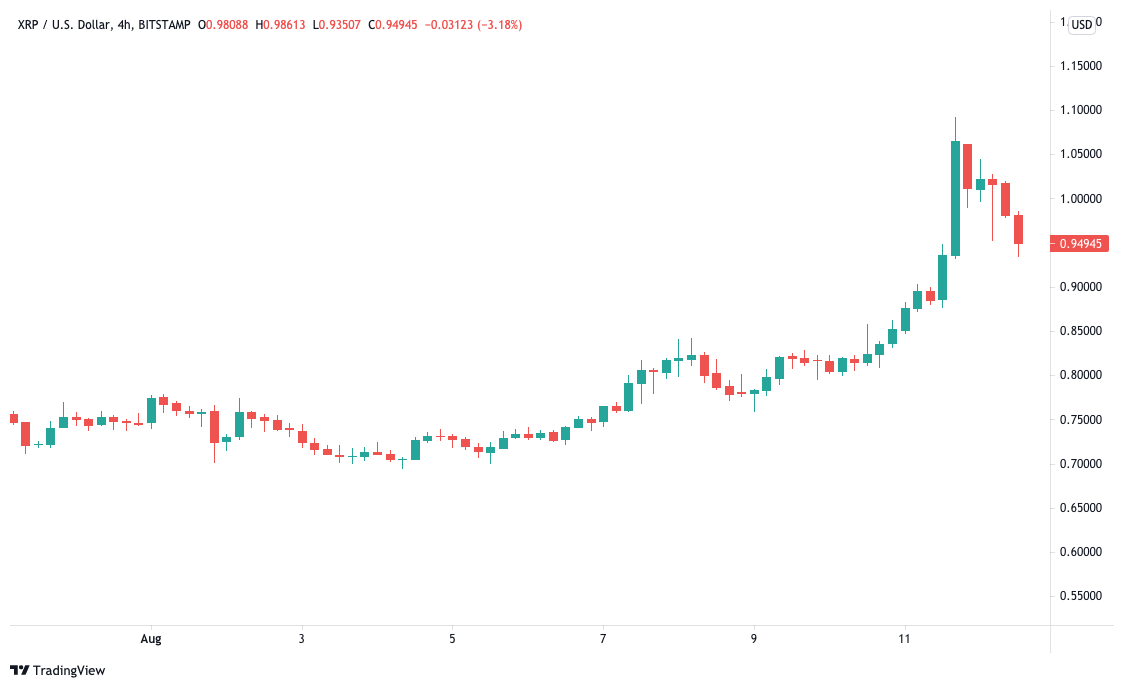 Further decoupling from Bitcoin is likely to fuel the bullish narrative since XRP is currently consolidating.

Nonetheless, the uptrend  could be impacted by former Ripple CTO Jed McCaleb's decision to sell nearly 57 million XRP. As part of an official agreement where McCaleb receives portions of this token as compensation for a settlement, on August 1, Ripple transferred 182.3 million XRP to McCaleb's wallet address.

Over the past two weeks, McCaleb sent nearly 80 million XRP to cryptocurrency exchanges to convert the altcoin to fiat. On-chain data shows McCaleb made 17 transfers within 14 days, carrying 4.4 to 6.5 million tokens each.

Based on previous instances, McCaleb is likely to transfer the remaining balance of XRP tokens from his "tacostand" wallet to exchanges soon. An increase in the supply of XRP on exchanges could interrupt the recent rally and lead to a steep correction.

As of now Ripple's former CTO holds 640.04 million XRP, worth roughly $608.38 million, in his wallet after sending 6.5 million XRP to exchanges consecutively every day.

XRP recently crossed a key support level to hit $1. It is likely that the price rally that started after the breakout on Saturday will continue. After sideways movement over the past few days, XRP price is set to advance another 30%.