Polkadot price action has been muted, as DOT has failed to galvanize investors’ enthusiasm. The layer-1 token continues to slide lower, recording lower lows and lower highs. The governing technical pattern suggests that the token is likely to tag $27 if a key support level fails to hold.

Polkadot price has sliced below the lower boundary of an ascending parallel channel on the daily chart, suggesting a bearish forecast ahead for the token. DOT could continue to slide lower as investors engage in a period of profit-taking.

The first line of defense for Polkadot price is at the 50% retracement level at $32.74, then at the 200-day Simple Moving Average (SMA) at $28.81 which acts as a sturdy foothold as it coincides with the support line given by the Momentum Reversal Indicator (MRI).

However, if the aforementioned support fails to act as a reliable line of defense for Polkadot price, DOT could fall further to hit the bearish target projected by the governing technical pattern at $27.46, where the 61.8% Fibonacci retracement support also sits.

If selling pressure eases, the bulls could be incentivized to push Polkadot price higher toward the first resistance at the 100-day SMA at $37.11. An additional spike in buy orders could see DOT tag the 38.2% Fibonacci retracement resistance at $38.02.

To prevent further losses, buyers should target the lower boundary of the parallel channel pullback resistance at $40.58 next. However, additional hurdles for Polkadot price may emerge at the 21-day SMA at $42.10, then at the 50-day SMA at $43.68. 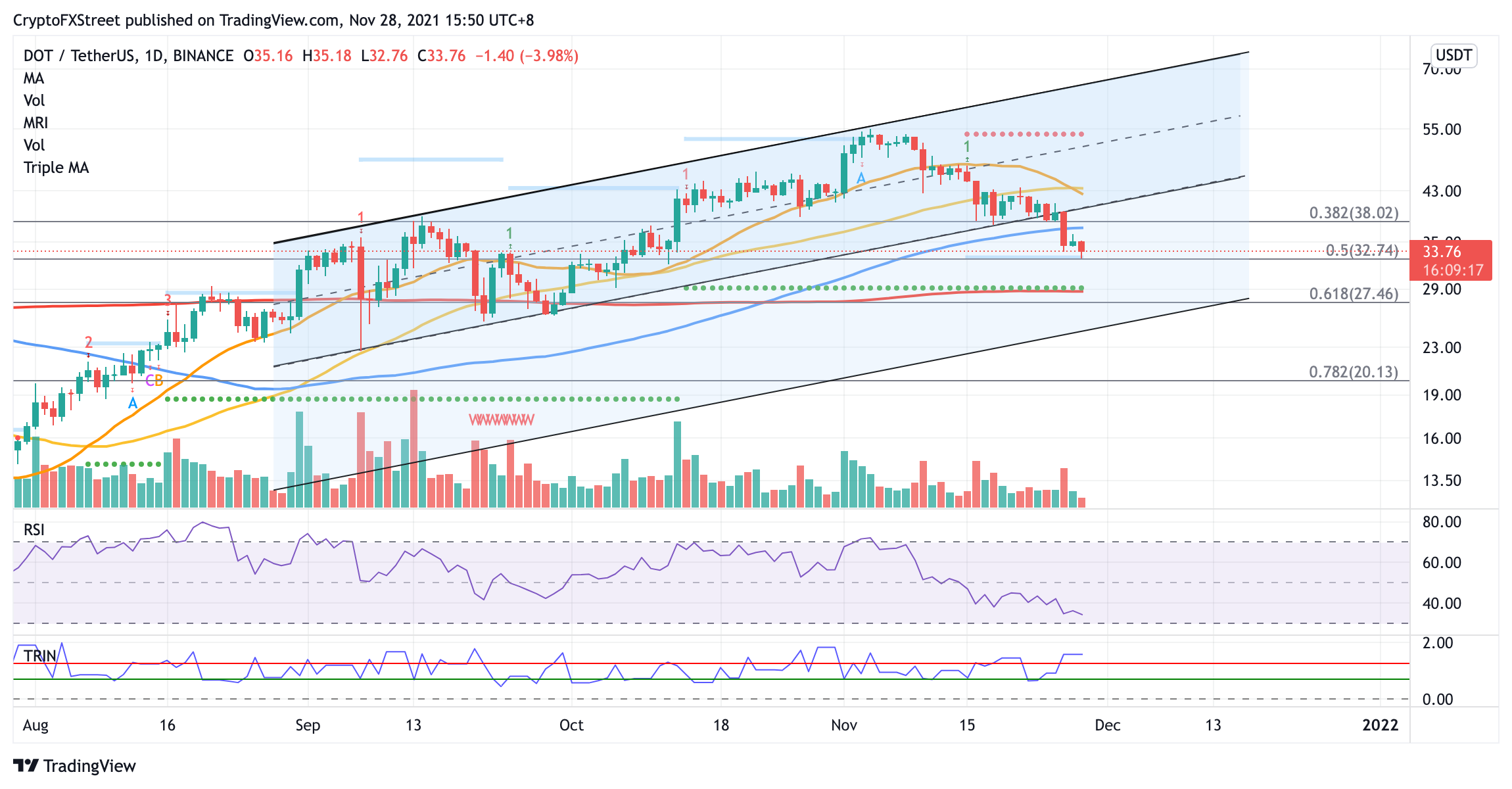 If the bulls manage to reverse the period of underperformance, slashing through the aforementioned obstacles, Polkadot price could aim for the middle boundary of the governing technical pattern at $54.20, located near the MRI’s resistance line and the token’s all-time high thereafter.