Polkadot (DOT) bulls have had a tough week in running price action further up in DOT, as global market sentiment caused quite some headwinds. Bulls now try to push beyond $29.12 with the help of the 55-day Simple Moving Average (SMA). A break out of the triangle would push Polkadot price action toward $31.61.

Polkadot price sees brave bulls being rewarded for their commitment

Polkadot price action favored the bulls this week, as bulls scrambled in to form a false breakout on September 29. With bears being pushed out of their positions after profit-taking, new sellers got trapped in a bear trap after the triangle break. This week, bulls have overcome the negative headwinds from global markets and pushed price action back to $29.12.

DOT price sees bulls now getting some favorable tailwind from the 55-day SMA, pushing price action in DOT against that same $29.12 level. Expect a pop higher in build-up momentum that will push price above the descending leg of the triangle. 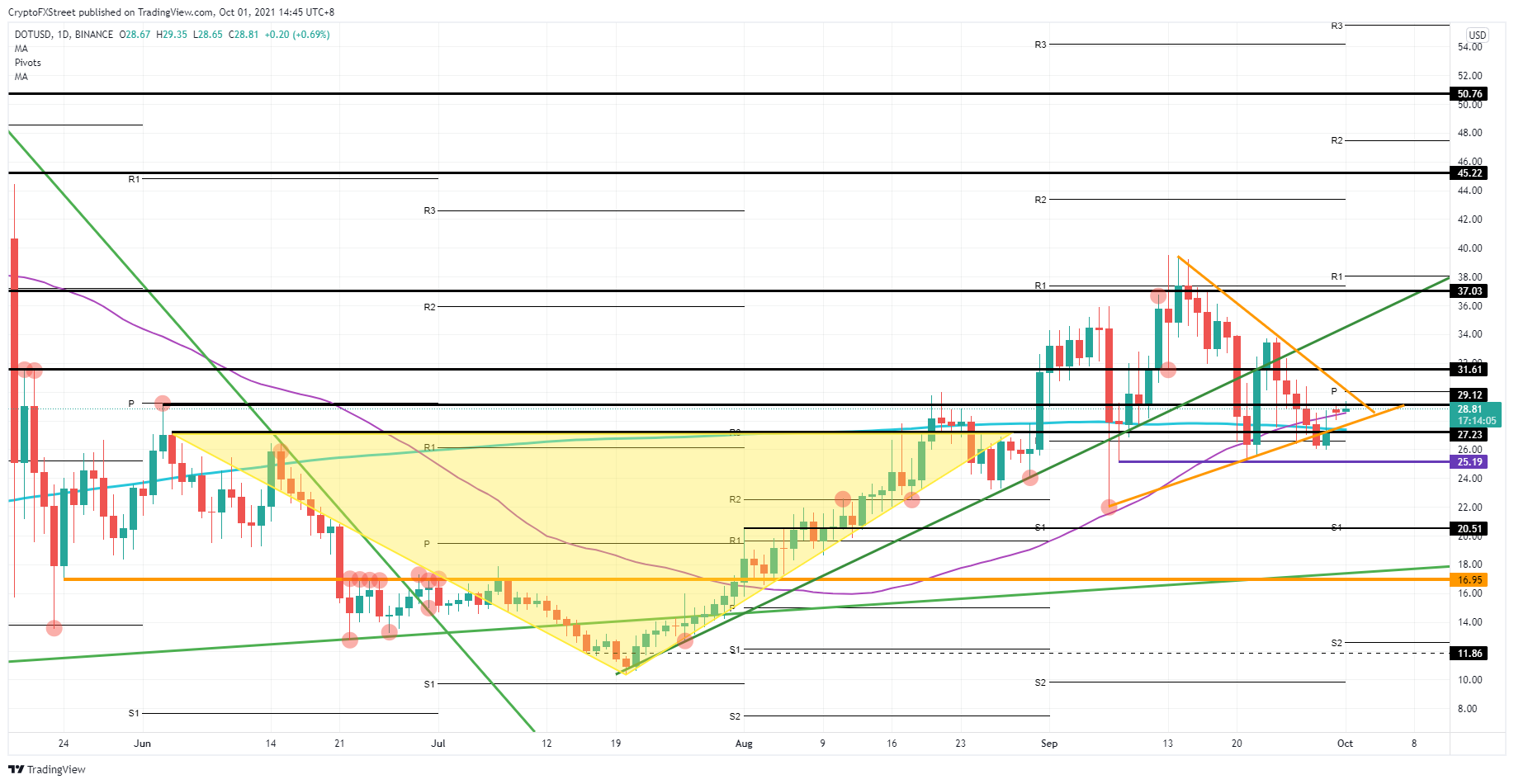 Bulls will need to recalibrate their trades and positions with the new monthly pivot points and adjust their price targets a little bit. Expect market sentiment to possibly shift back to some positivity on Monday, forming a second tailwind for the bulls in DOT. Once $31.61 is broken to the upside, bulls should be able to fly higher, helped by those tailwinds, toward $37.03.

Bears will not be fully stepping out of the way. Any other adverse events in global markets offer them an open window of opportunity to get in and squash price action in DOT to the downside. A retest toward $25.19 looks like the most likely target. In case markets go into panic mode and cryptocurrencies get shopped or reduced in the portfolios, expect a leg lower toward $20.51.