Polkadot price remains a laggard for how little it has moved from its recent swing highs compared to its peers. As a result, steep retracements towards the low $20 range are likely.

Polkadot price falls below 61.8% Fibonacci retracement and enters the Cloud

The neckline of a head-and-shoulder pattern shares the same 27.34 value area as the 61.8% Fibonacci retracement level – a level that Polkadot price is currently trading below. The projected target zone for sellers is a zone that buyers may also find extremely attractive: $22. There is a collection of some massive support levels at the $22 value area.

There are two 50% Fibonacci retracement levels near the $22 level. The first 50% Fibonacci level is from the swing of May 15 to July 20th, while the second is from July 20th to September 14th. Between those 50% levels is the most substantial support/resistance within the Ichimoku system: Senkou Span B. Additionally, there is a high volume node at $22 as well. 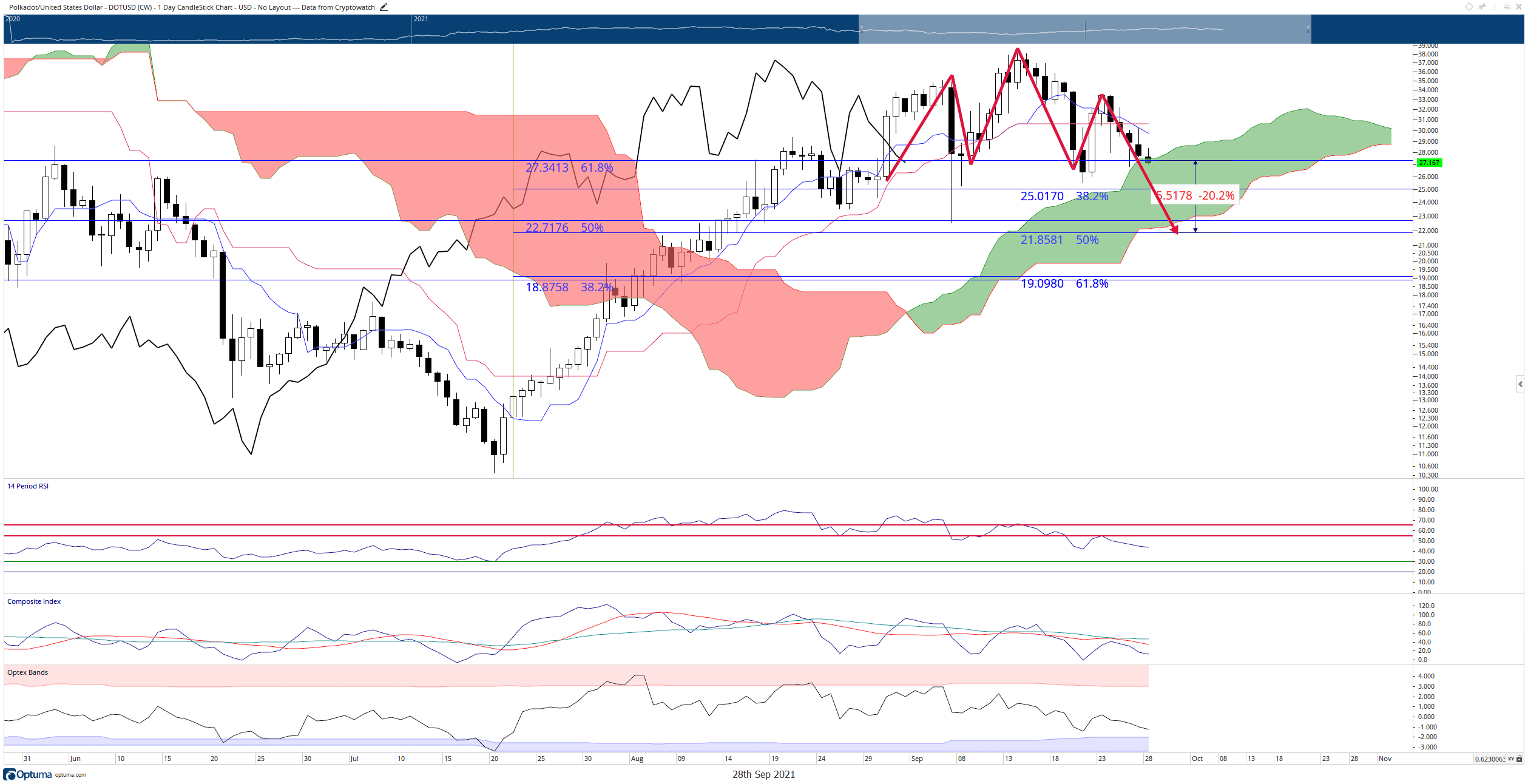 Buyers anticipating a discount should be aware that as bearish as Polkadot price current is, it is not hard for Polkadot to return to a bull market. If buyers can elevate the Chikou Span to above the candlesticks ($35), nearly all conditions with the Ichimoku system for a solid bullish breakout could be met. Evidence of invalidation of any move south would be consistent daily support against Senkou Span A.