UPDATE: Cardano price has recovered the psychological $0.50 level on Tuesday helped by the more positive market sentiment surrounding the cryptocurrency ecosystem. ADA price is also hinting at what could be considered a potential double bottom formation at $0.455, the level where it closed on Saturday and where it also had set a bottom close on May 27. It is still early to call for such formation, as Cardano bulls still have long ways to go before the needed break past the interim high above $0.64 to confirm such a reversal trend. The timing and success of the Vasil hard fork, rumored to be delayed, is likely to have a big impact on the Layer 1 token price.

Cardano price has been hovering above a stable but intermediate support level since May 13. This range tightening suggests that a breakout move is around the corner. While the technicals remain range bound, there seems to be tensions around the Vasil hard fork and rumors that it could be delayed.

Recent reports from insiders have stated that Cardano’s highly anticipated Vasil hard fork is not ready and is likely to be postponed. The Vasil hard fork, in theory, is an upgrade that will boost the smart contract capabilities of Cardano and the blockchain’s smart contract platform Plutus.

The insider claims that the public testnet has not started yet and that this is due to bad organization, which is terrible for stakeholders.

The rumor was first quashed by the IOG and the Cardano Foundation who stated that this was done with the purpose of creating bubbles and trading them when they pop.

As per mid month, we’re very close now but ultimately need to assess readiness of Dapps, exchanges, SPOs etc. We’ll have an update for everyone Monday.

Cardano price yet to give the go signal

Since then ADA has returned to $0.470 and has been trading around this level in a tight range. The weekly candlestick opened at $0.484 but Cardano price slid lower, suggesting a bearish start to the week.

A quick recovery above the weekly open will suggest that buyers are back and likely to propel Cardano price by 13% to the immediate resistance barrier at $0.550. If the momentum is strong, ADA could reach the next blockade at $0.628, bringing the total gain to 29% from the weekly open. 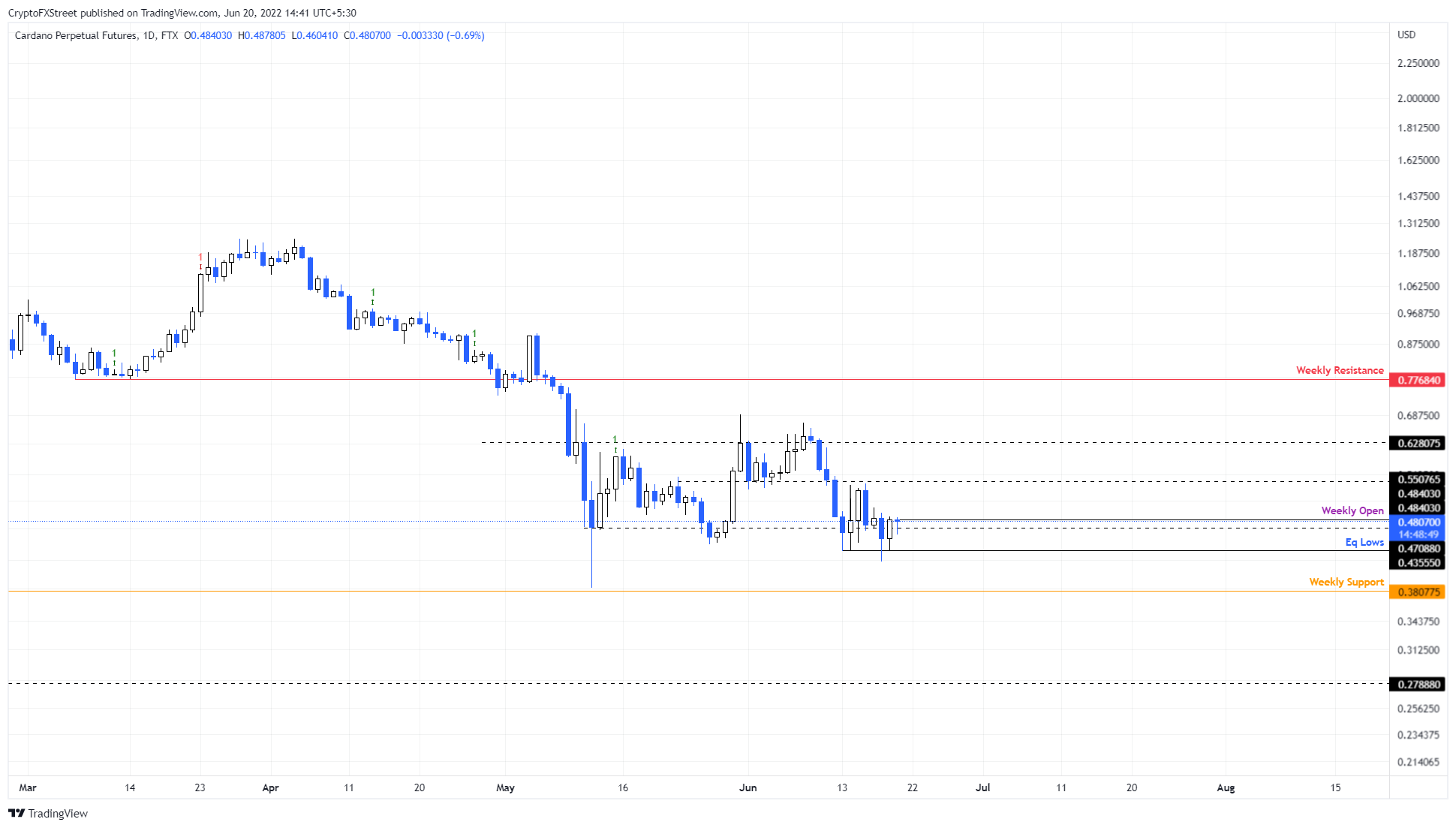 Regardless of the optimism, the recovery outlook assumes that Cardano price can rebound to above the weekly open at $0.484. If sellers do not give up control and knock ADA down to produce a daily candlestick close below the $0.380 support level, it will put an end to the bullishness.

In such a case, the bearish momentum could trigger a 26% crash in Cardano price to the $0.278 hurdle.