Cardano developers Input Output HongKong shared a new development update on the progress made towards the Vasil hard fork and Hydra upgrade. Analysts continue to have a bearish outlook on the altcoin.

Input Output HongKong (IOHK), the developers of Cardano, released a new development update on June 10, 2022. The developers commented on the progress made towards Hydra and the Vasil hard fork.

The node, ledger and consensus teams continued to prepare for the Vasil hard fork and all teams operational focus remained on delivering the combinator event efficiently and seamlessly. They started working on the integration programs to ensure that nodes and other components are Vasil-compatible. The teams will continue addressing the remaining issues that were identified in the extensive ongoing testing program.

The networking team is currently working on the design phase and addressing other issues regarding the progress of the Vasil hard fork. The Hydra team has worked on issues related to validators.

Hoskinson, the creator of Cardano and the CEO of IOHK, recently told the community that bear markets are better for developing DeFi. Hoskinson was quoted as saying:

Hoskinson argued that there is a higher focus on interoperability improvements in the current bear market. He said,

... bear markets are the perfect time for [governance and improvements in interoperability protocols] to happen because everyone is much more focused on work, and they tend to be much more cooperative.

Christopher Lewis, a crypto analyst, evaluated the Cardano price trend and revealed that the 50-day EMA offers significant downward pressure on the altcoin, so ADA is struggling to recover. Once Cardano price breaks above the 50-day EMA, it could witness a short-lived breakout.

If Cardano's price breaks below the $0.60 level, it could be as low as $0.40. Given that the 50-day and the 200-day EMA are spread out, there is downside momentum in the Cardano price chart, and the altcoin is currently slow-moving, and remains in a bearish trend. 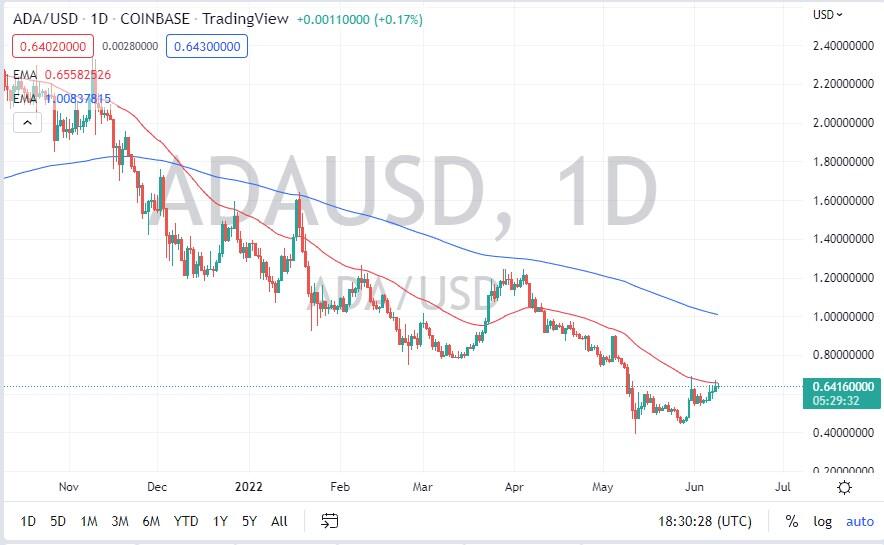