Ethereum price could sweep the lows and then rally higher. An influx of volatility should be expected in the days to come.

Ethereum price is still a knife to catch

What Ethereum price is experiencing could become very volatile in the days to come. On Tuesday, September 27, the bears rejected the smart contract token from entering the $1,400 price. A Fibonacci retracement tool surrounding the sharpest part of the decline since the US CPI announcement on September 13 shows the bearish rejection occurring at the 38.2% retracement level.

Based on Fibonacci and Auction Market theories, a sweep the lows event targeting the September low at $1,110 could occur in the coming days. Still, the shorter bearish scenario does not rule out the possibility that a bounce towards higher FIB targets could also occur.

A 21-day simple moving average remains untagged since the recent decline, which also hovers near the $1,500 pride level. 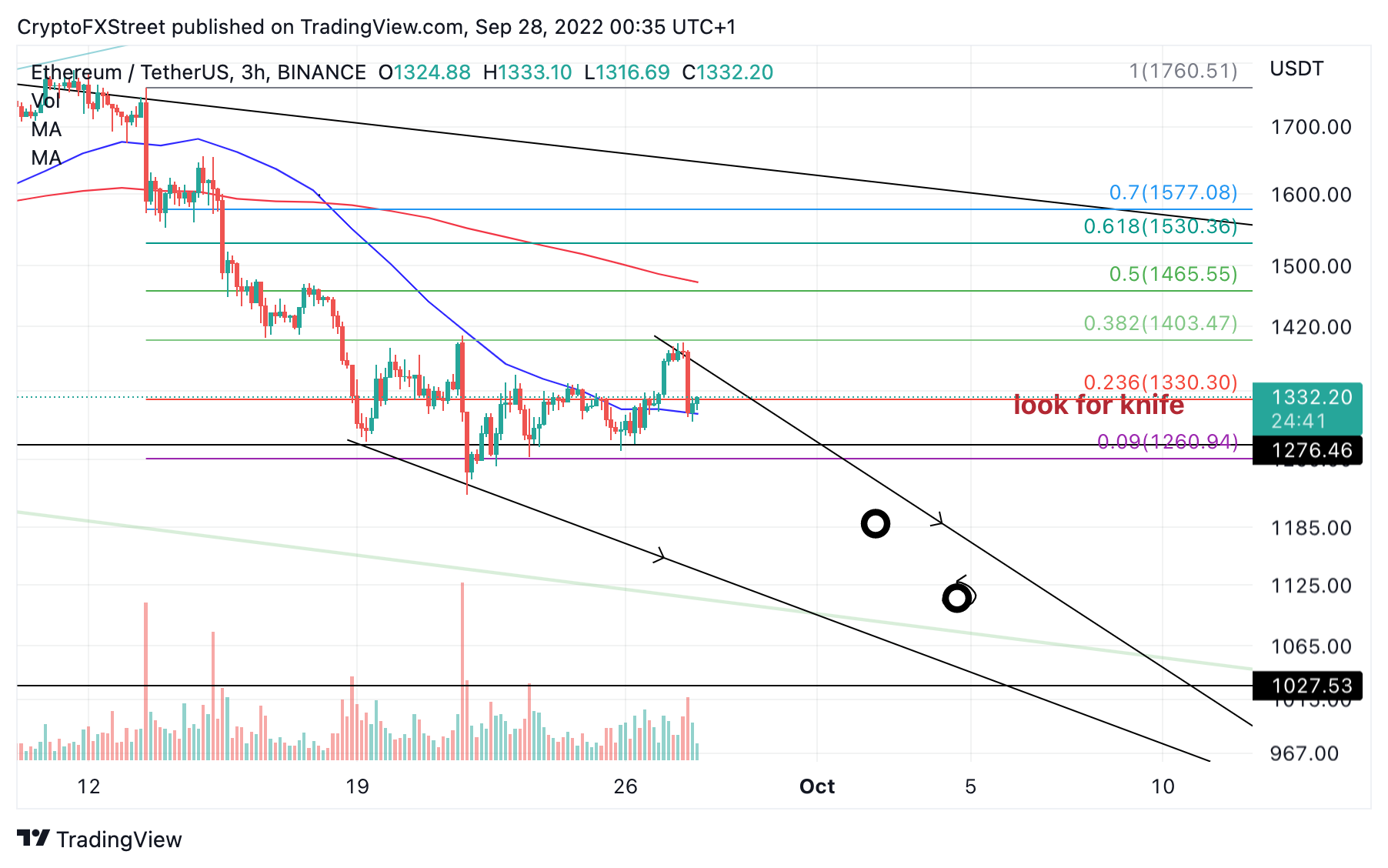 Ethereum price currently auctions at $1,276. A significant drop in volume is displayed amidst the recent downtrend, which compounds the idea of a weakening trend. Traders should continue to scout the ETH price in hopes of a potential knife-catch scenario.

Any buy the dip entries should keep the summer swing low at $1,006 as a strong invalidation point. If the bears breach this level, the entire uptrend idea would be void. A rally towards the June 18 swing low at $880 would be the next bearish goal post, resulting in a 32% decline from the current Ethereum price.