Ethereum (ETH) price action popped higher by over 7% on Friday after the US job numbers. Traders perceived the number as positive, because it could point to the Fed slowing its murderous rampage of hiking ferociously. Instead, the penny dropped over the weekend, with traders claiming their winnings as the realisation came that the Fed will not stop just yet and will push forward, overshooting the market’s initial target for the terminal rate.

Ethereum price action is undergoing a reshuffle and rebalancing after markets finally got some more insight from the Fed on Wednesday. Markets are reacting to small moves in economic numbers that point to a possible slowdown from Fed hiking. There is room for some easing, and markets are using that window to move away from the lows of the year, but that does not mean a substantial change in the overall tail risk in the markets.

ETH price saw traders quickly book gains over the weekend and already erased most gains from Friday after the job numbers in the US. Expect to see another leg lower than $1,500 as equity futures in Europa and the US point to more losses. Technically, that would make sense after seeing the first rejection against the 200-day Simple Moving Average (SMA). 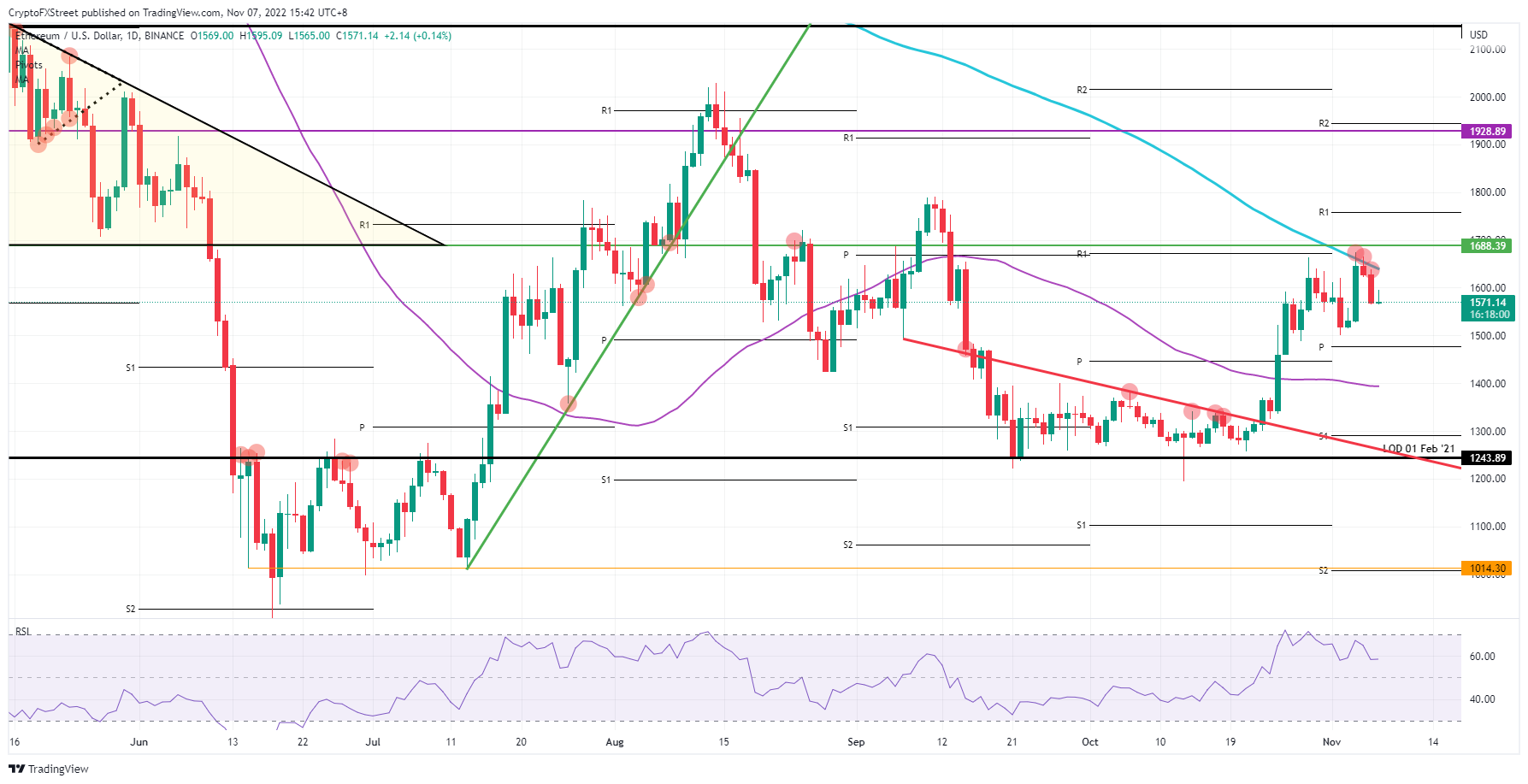 This morning China stocks made a whopping recovery after being down for the day. Near the close, the Hang Seng Index flirted with 3% daily gains. Should this turnaround ripple through European and US stock markets, expect to see ETH price action quickly flirting back with the 200-day SMA near $1,638.