Crypto.com Coin (CRO) should have been popping substantially higher by now as several major peers in cryptocurrencies are starting to stage a Christmas season rally. That does not seem to be the case for Crypto.com Coin price action as it looks to be trading sideways with no breakout signals in favor of the bulls.

Not only does the negative spillover effect of FTX weigh on its price action, but as well the several negative headlines around FIFA forbidding teams to play with an LGBTQ+ supportive band around their arms is turning into a PR frenzy that is negatively reflecting on the sponsors of the Qatar World Cup.

How a world tournament could become bad publicity

Crypto.com Coin price should normally be around $0.0837 instead of $0.0665, where it currently resides. CRO has missed the complete breakout rally that Bitcoin, Ethereum and other cryptocurrencies saw unfolding on the back of the dovish FOMC Fed minutes published last night. The negative drag on CRO comes from the negative spillover in the wake of the ongoing social riot at the World Cup in Qatar around support for LGBTQ+ rights.

CRO does not see much positive inflow with more customers or trading much larger volumes, which should trigger more demand for Crypto.com Coins. Instead, it looks like only a small part is responding to the exposure of all the daily publicity on television. As the Relative Strength Index (RSI) is nudging down again, expect to see a test of $0.0600 if no positive catalyst emerges by Friday. 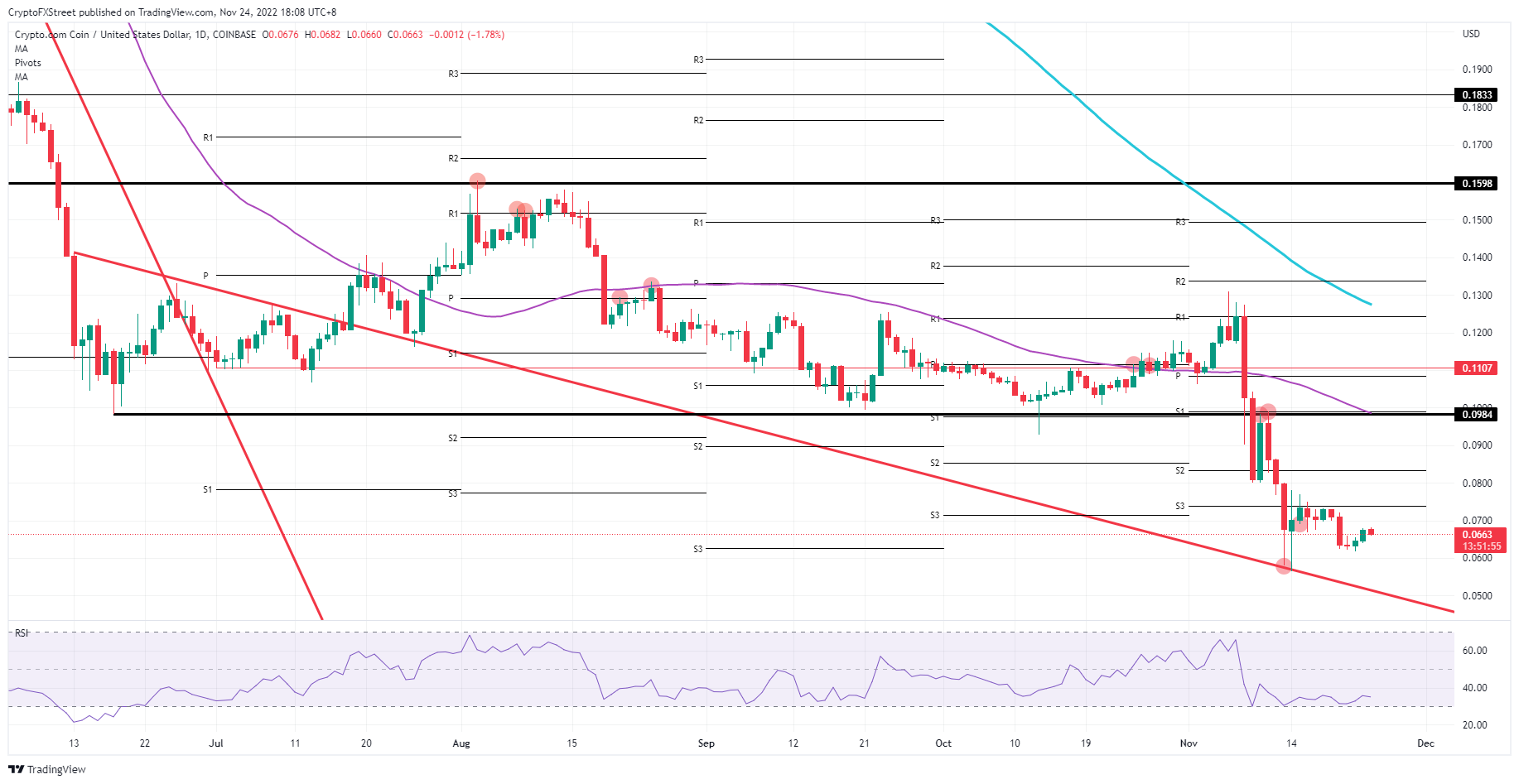 It may be a bit bold, although it might be the best case for Crypto.com Coin as an entity, to simply blow up the PR contract with FIFA and distance itself from the current turn of events hanging around the Qatar World Cup. Markets would applaud it and see cryptocurrencies taking the lead and stepping forward toward equality for all. It would certainly brush up the image of CRO and see it even hitting $0.0984 on the back of this bold, leading example.