The Cardano price is consolidating in a bullish pattern suggesting a 43% bull rally if a critical supply barrier is broken.

Cardano price at a crucial level

On the 12-hour chart, the Cardano price created three higher lows and two equal highs since February 22. An ascending triangle pattern emerges if the trend lines are drawn connecting this swing highs and lows.

This technical formation predicts a 43% bull rally to $2.09, determined by measuring the distance between the swing high and swing low at the widest part of the setup. However, this is possible if ADA manages a 12-hour candlestick close above the breakout point at $1.46, the triangle’s base.

Supporting this bullish thesis is the recent surge above the 78.6% Fibonacci retracement level at $1.18, which flipped the 50 Simple Moving Average (SMA) into a support barrier. Now, a continuation of this bullish momentum could produce a higher high around $1.46 or breach it.

In case of a successful close above the triangle’s base, the Cardano price will confirm a breakout of the bullish setup and forecasts a bull rally to $2.09, which is around the 141.4% Fibonacci extension level. 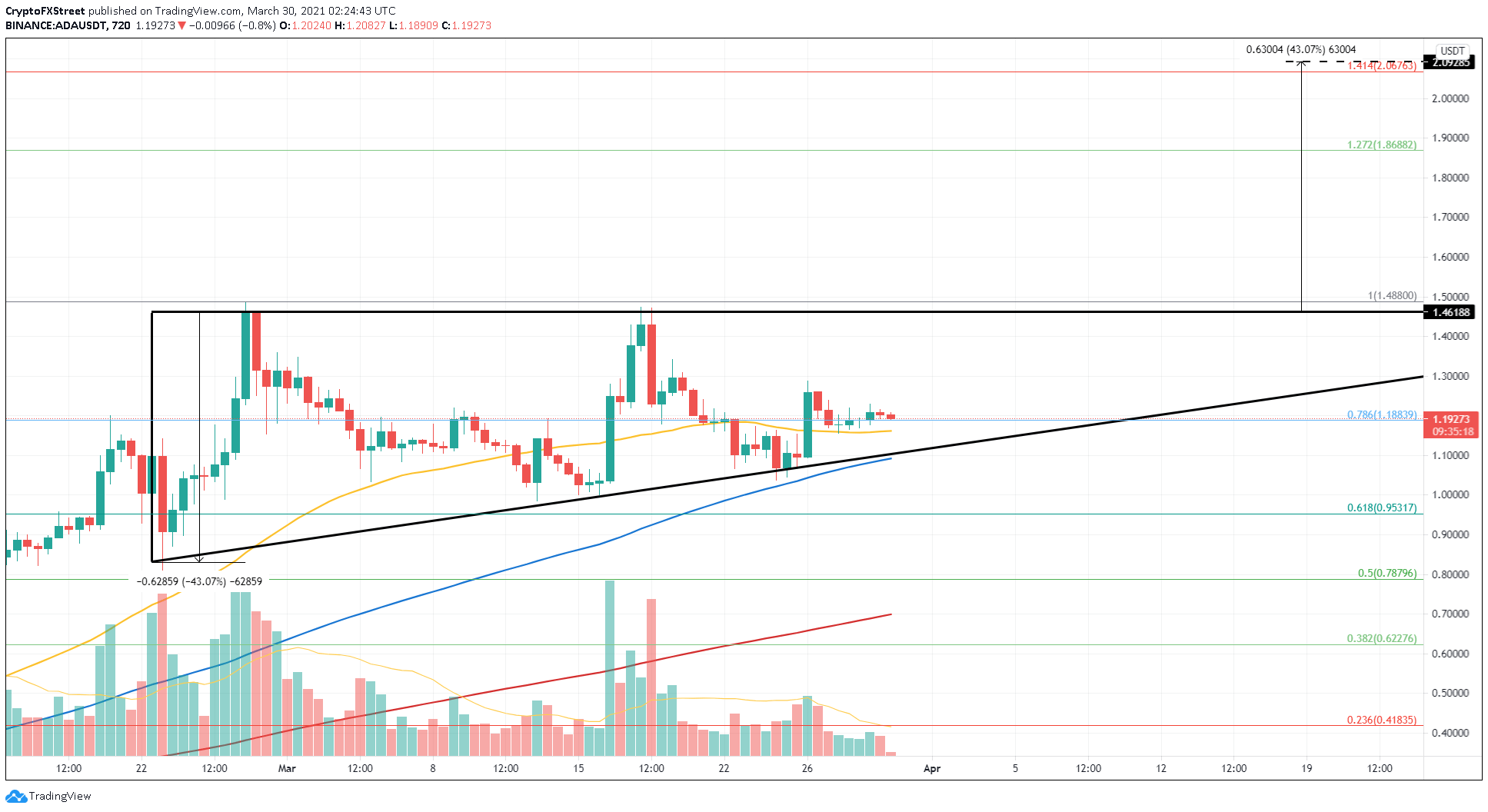 The Cardano price must stay above the triangle’s hypotenuse around the $1 level to sustain a bullish bias. However, a spike in selling pressure leading to a decisive close below this level could flip the 100 SMA into resistance and confirm the bullish thesis’s invalidation.