Cardano price is showing signs of indecisiveness as it trades along the hypotenuse of an ascending triangle pattern.

On the 4-hour chart, the Cardano price has created multiple higher lows, showing the presence of aggressive buyers. However, sellers present along the supply barrier at $1.48 have successfully prevented these swings from passing over.

This price action results in an ascending triangle formation, which predicts a 45% bull rally if ADA price convincingly slices through $1.48 with a strong surge in volume.

However, at the time of writing, buyers seem to be seen nowhere, as Cardano price came very close to breaching the pattern’s hypotenuse. If the bulls make a comeback that pushes ADA higher, then a swing high towards the triangle’s base can be expected.

This move would be the result of a 30% pump in ADA’s market value. A confirmation of this bull run will come after Cardano reclaims the 200 Simple Moving Average on the 4-hour chart. Such a development is likely to instill confidence in the sidelined investors triggering a run-up to $1.48.

A decisive close above this level due to the continuation of this upward momentum could result in ADA hitting its intended target at $2.15, coinciding with the 127.2% Fibonacci retracement level. 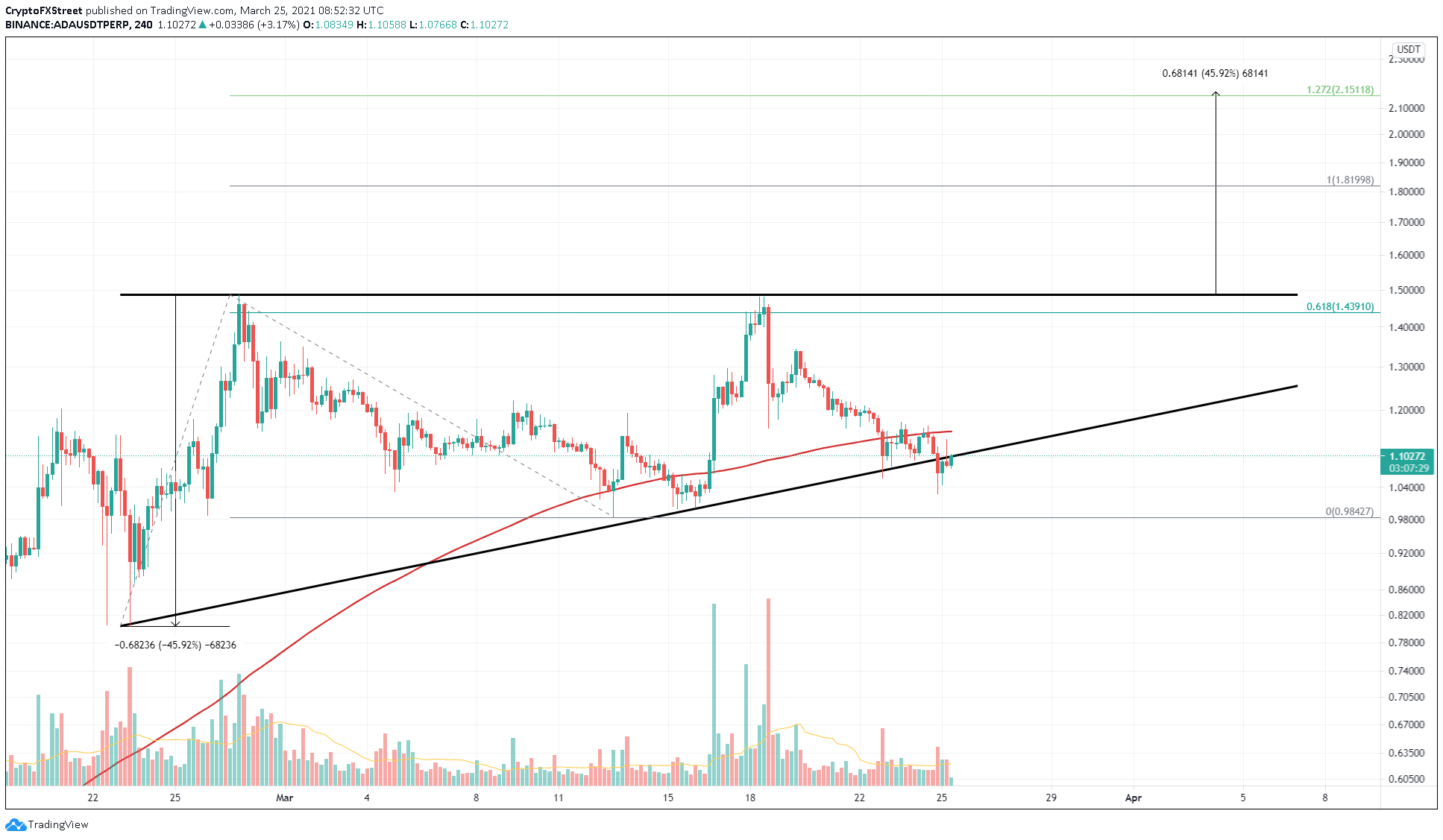 If Cardano price breaches the hypotenuse at $1.09, leading to a decisive close below the immediate support level at $0.98, it would invalidate the bullish outlook and catalyze a bearish run.

With the collapse in Bitcoin and Ethereum prices, the pressure to regulate cryptocurrencies was mounting on regulators worldwide. The European Union said on Thursday, that they seek agreement on rules for regulating crypto assets and combat money laundering activities.

Shiba Inu price embarked on a massive uptrend after bottoming on June 19. However, the ascent faced issues and headwinds, leading to an eventual retracement.

These technical indicators suggest that Litecoin price could tank to $10

A brief technical and on-chain analysis on Litecoin  price. Here, FXStreet's analysts evaluate where LTC could be heading next.