Cardano momentum shifts in favor of the bears

On the 12-hour chart, Cardano established three tops at around $1.5 and has formed an ascending triangle pattern. The digital asset has also lost the 50 and 100 SMA support levels. 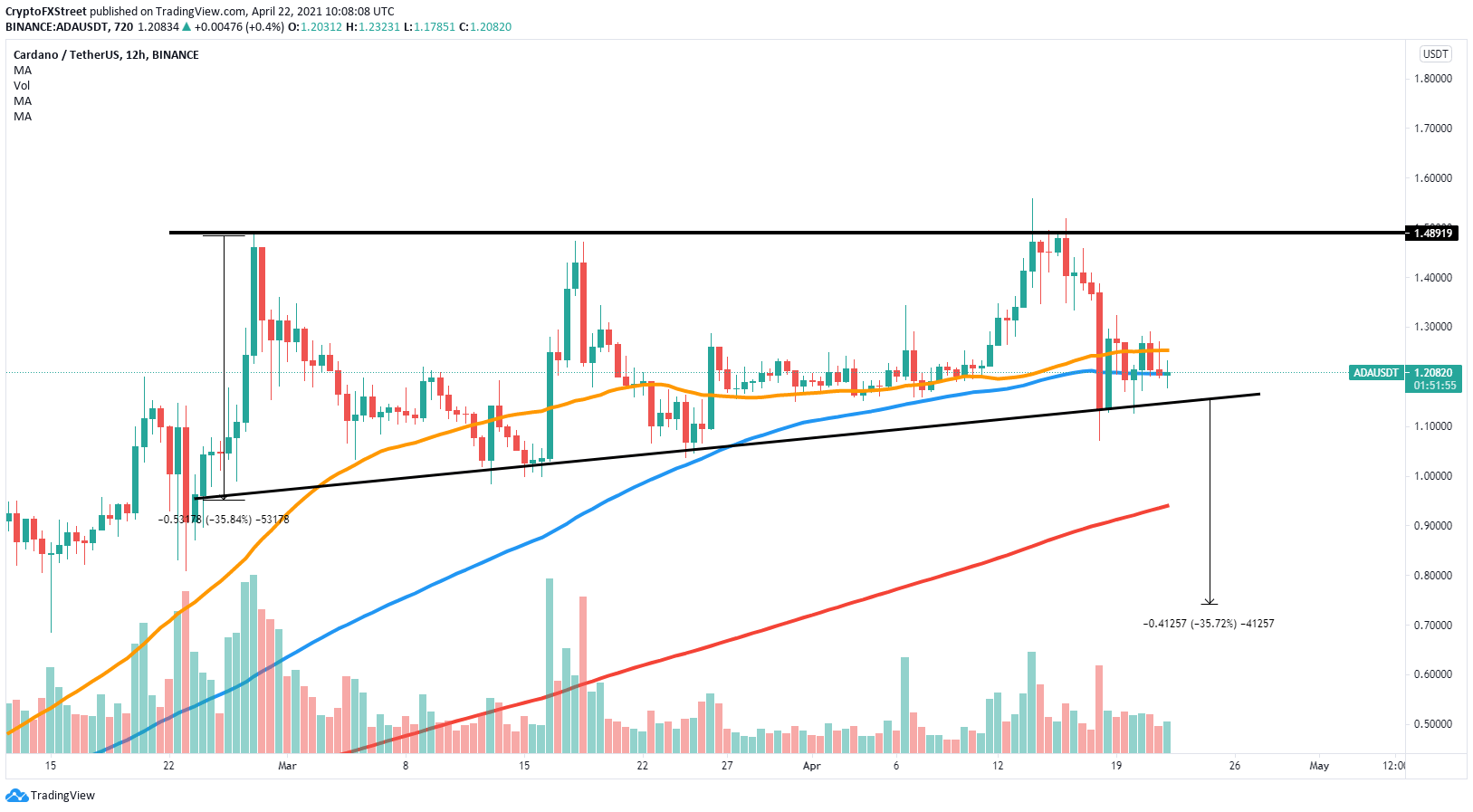 The most significant support trend line is located at $1.15. A 12-hour candlestick close below this point would be devastating and could drive ADA toward the 200 SMA at $0.94 and as low as $0.74, a price target calculated using the initial height of the pattern as a reference point

However, if bulls can hold the key support trend line, they could aim for a breakout of a symmetrical triangle pattern formed on the 1-hour chart 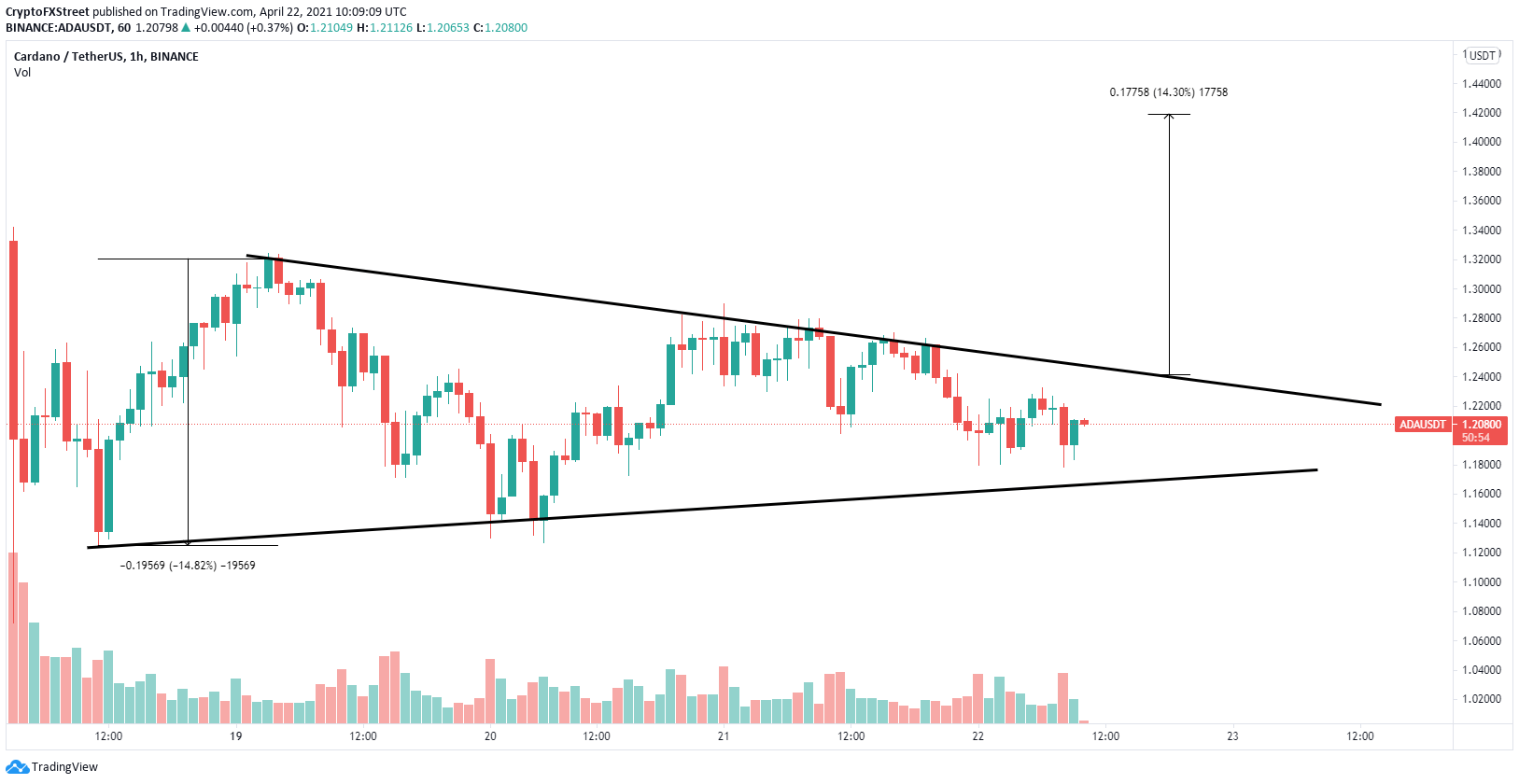 The resistance point here is formed at $1.24. A 1-hour candlestick close above this point has a price target of $1.41.