Cardano (ADA) is stalling for a second day after the small fade it underwent on Thursday. Although several asset classes look calm and there is no real panic in the markets, it could become clear that cryptocurrencies are simply not on the wish list this year for shoppers on Black Friday and Christmas. Expect with this a small grind lower that could silently rip through the low of this year and see ADA flirt with $0.28 to the downside.

ADA could get slippery as frost and snow are forecasted

Cardano price had everybody on edge that this turnaround from Tuesday could be the one everyone was waiting for. Would a Christmas or Holiday miracle be underway and at least ease the frostbite pains from this crypto winter? No, it is as simple as that, since Thursday, ADA has been stalling, fading and now even starting to pair back larger chunks of the profits that were booked after a two-day winning streak.

ADA is thus not in the right corner as even retail traders appear to be absent in the wake of Black Friday and Thanksgiving, often when bullish moves are spotted that trigger a rally for several days. Not this year, so all eyes will be on Father Christmas if he still has some bids and some disposable cash to allocate toward cryptocurrencies. Clearly, households are still on a tight budget with current inflation and energy prices. Expect to see ADA tread water and start flirting with $0.297 to the downside, break it and see the monthly S2 support come in at $0.28 to catch the break. 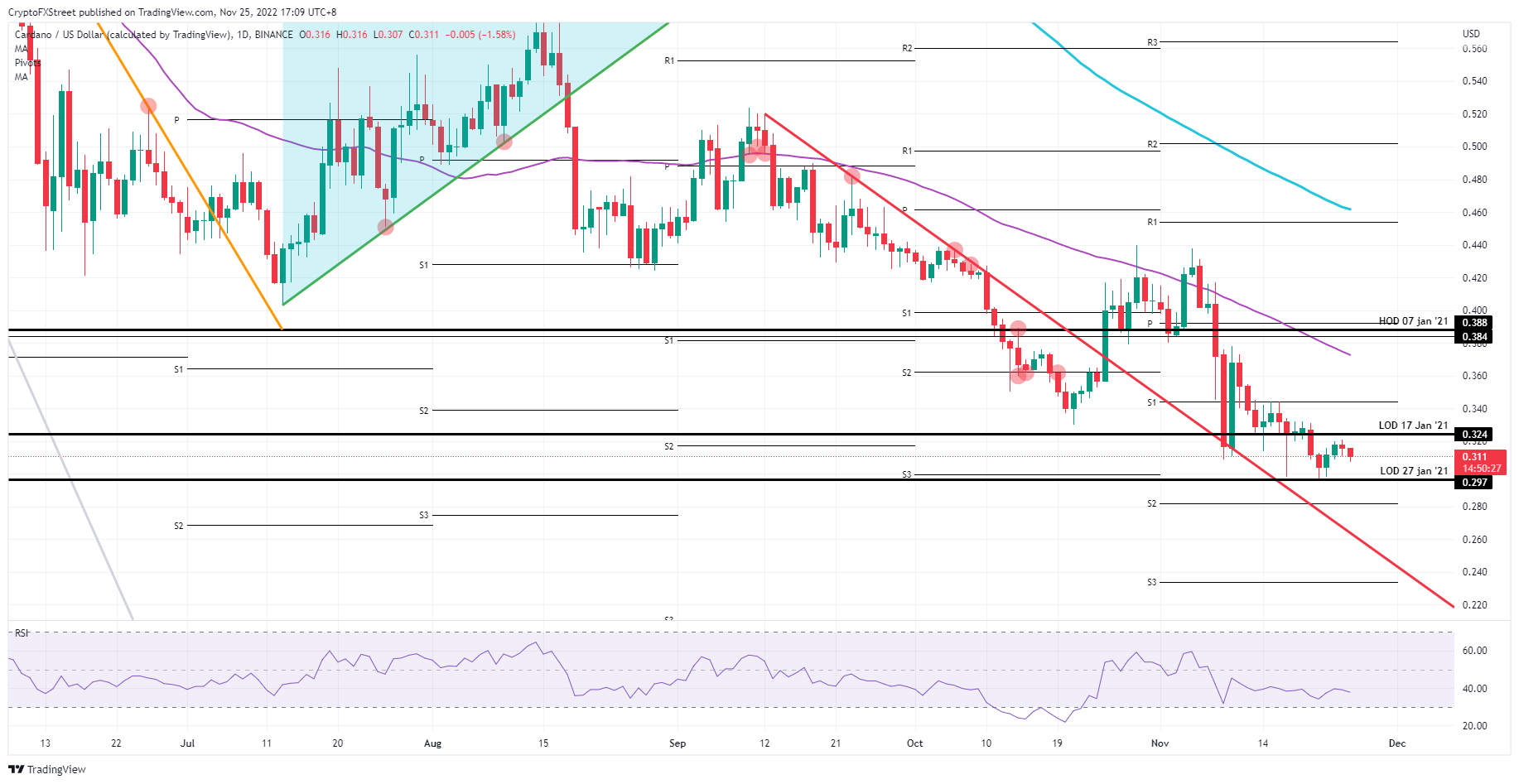 Should a miracle still happen, for example, with a last-minute squeeze at the end of the US closing bell, that could just do the trick to push price action in Cardano above that low of January 17, 2021, at $0.324. This way, ADA is better positioned going into the weekend and would be set to rip higher throughout next week. The target price is $0.40, which would be a 22% gain.