Cardano ecosystem’s first regulatory compliant fiat-backed stablecoin USDA is being launched. Emurgo, one of the developers behind the altcoin Cardano announced the launch of the stablecoin project in 2023.

Analysts have revealed a bullish outlook on the Ethereum-killer altcoin and predicted a run up to the $0.38 level.

Cardano based stablecoin USDA ready for launch in 2023

Cardano ecosystem could have its regulatory compliant, fiat-backed stablecoin USDA in 2023. Emurgo, the official commercial arm of the Cardano blockchain, announced the launch of the first fully-regulated stablecoin.

The introduction of a fully fiat-backed, regulatory-compliant stablecoin is the next step in realizing the future for our community.

Cardano’s stablecoin USDA will be pegged on a 1:1 ratio with the US Dollar. In the aftermath of the FTX exchange collapse and liquidity crisis, stablecoins USDT and USDD suffered a temporary depeg. This raised a concern among regulators worldwide.

Users can get theirs hands on USDA, in this manner

Following the launch of Cardano ecosystem’s stablecoin USDA, users will have an option to tokenize their USD (fiat) into USDA through credit/debit cards, wire transfer or conversion of ADA.

Emurgo revealed plans to enable the conversion of other stablecoins USDT and USDC into USDA, post the regulation compliant stablecoin’s launch. Emurgo recently partnered with an undisclosed US-based regulated financial services firm as the banking partner to issue USDA and ensure that the stablecoin was regulatory compliant. 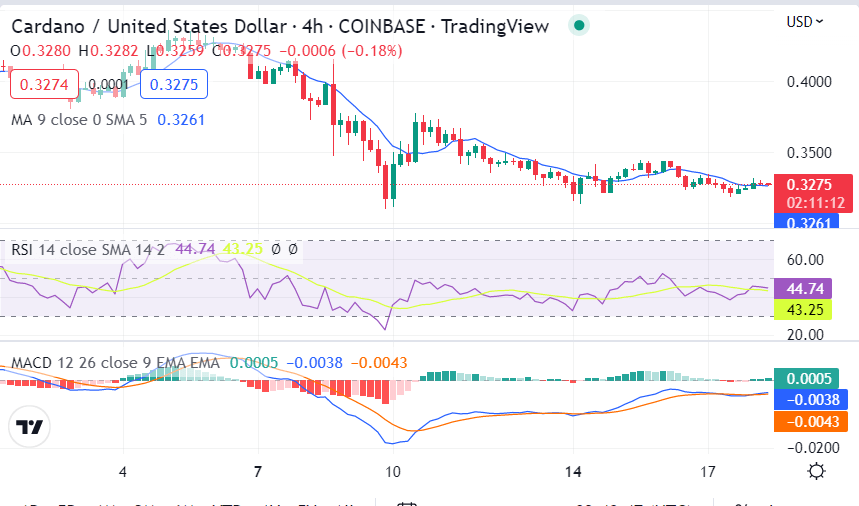 Cardano price crumbled under selling pressure in response to the FTX contagion that spread throughout the crypto ecosystem. Cardano started an early recovery since the altcoin was not among tokens listed on the now defunct cryptocurrency exchange, FTX. The RSI indicator reads 43, signaling more power to the bulls and a strong uptrend.

Akash Girimath, a crypto analyst at FXStreet argues that Cardano price could target the $0.379 level, if it breaks past hurdles at the $0.336 and $0.339 levels. The expert is bullish on a rally in Cardano, in light of the recent positive developments.