Cardano price crashed 32% between December 2 and December 4 but managed to bounce off the $1.192 support level. This retest allowed ADA to recover by 15% to where it currently trades - $1.370

This downswing comes after 12 consecutive weeks of downswing for Cardano price. Suffice to say, ADA is in the oversold territory. Therefore, investors can expect ADA to set up a higher high above $1.446, confirming the start of a recovery rally.

Doing this will suggest that ADA is ready to retest the next resistance level at $1.606. Clearing this level will put $1.749 in its path. If ADA retests this level, the run-up will constitute a 27% ascent from the current position. 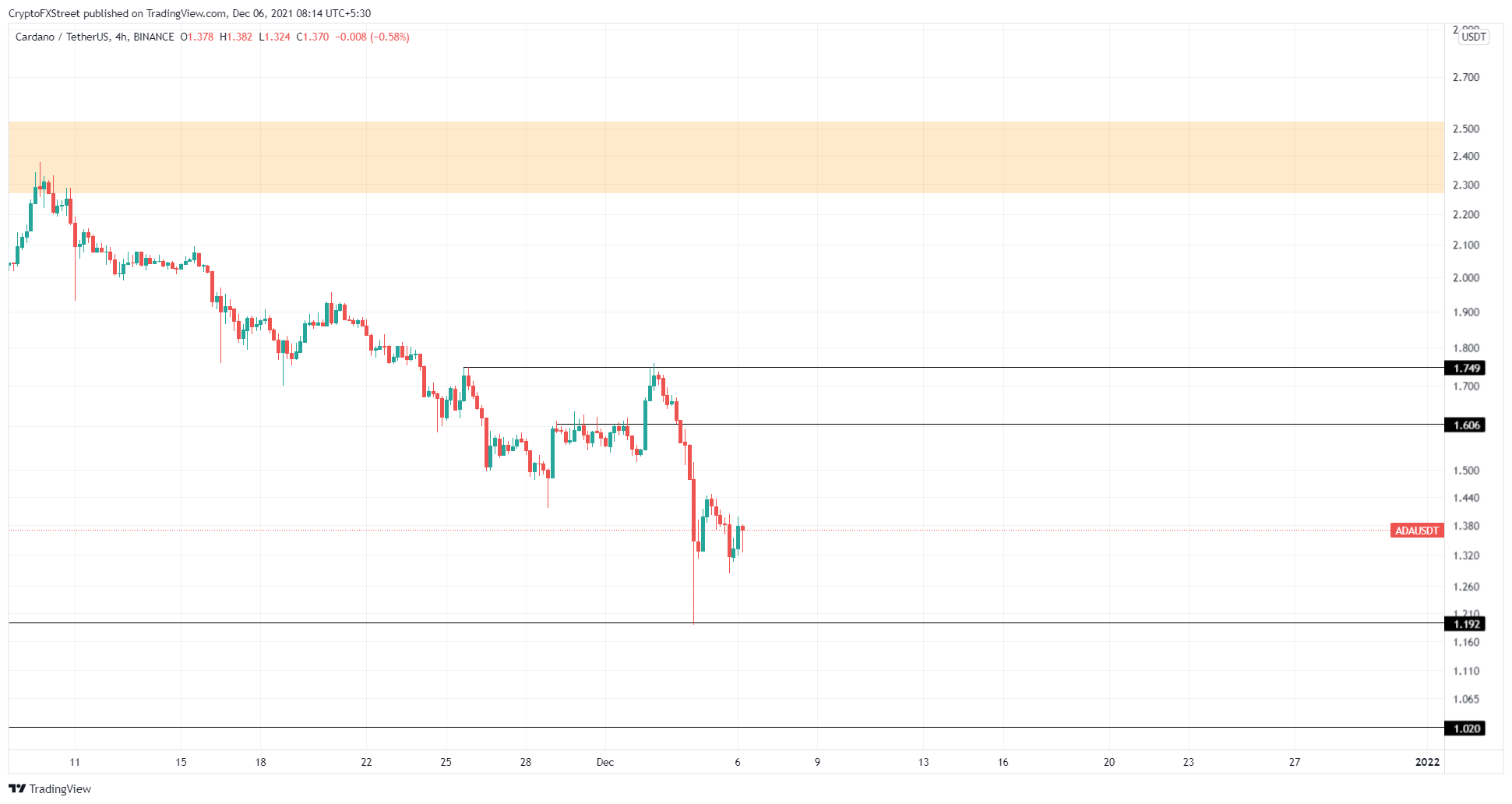 Supporting this run-up to $1.749 is IntoTheBlock’s Global In/Out of the Money (GIOM) model, which shows that the significant hurdle for ADA extends from $1.56 to $1.71. Here, roughly 554,850 addresses that purchased the so-called “Ethereum killer” are “Out of the Money.” Therefore, a run-up to these levels is likely before the upswing sees an increase in selling pressure.

While the transaction data shows that a stiff resistance level is present around $1.70, the social volume is off the charts, hinting at a massive interest from retail. The social volume metric for Cardano spiked from 328 to 3059 in the last 24 hours, indicating an 832% increase. Interestingly, this uptick was last seen in August, just before ADA set up an all-time high at $3.10.

Lastly, the on-chain volume for ADA set up a higher high of 3.86 billion and 4.33 billion between December 3 and December 4, while Cardano price produced a lower low during the same time frame.

This forking of the on-chain volume and ADA price reveals a bearish divergence, hinting that the Cardano price is ready for a move higher.

While things are looking up for Cardano price, a failure to set up a higher high above $1.446 will reveal that the buyers are unwilling or unable to rise to the occasion. In such a situation, ADA could head lower to retest the $1.192 support level.

If Cardano price produces a lower low below $1.192, it will invalidate the bullish thesis and potentially crash ADA to retest the $1.02 support floor.