Cardano (ADA) saw bulls trying to raise a fist and fight the downtrend which had been going on for the greater part of November. Brief support at $1.40 rebooted an uptrend on November 29 that lasted until Thursday. ADA price got a firm rejection, however, and then saw increased selling pressure as more shorters jumped on the downtrend as it broke below $1.67. With no immediate support in the near vicinity, a 25% correction could be in the making before ADA finds some support.

Cardano price has failed to successfully begin an uptrend after being continuously rejected by the black descending trend line and the monthly pivot at 1.180. Now bears are looking to be successful in their attempt to penetrate support at $1.67, which if it breaks will see bears run price action lower.

ADA price is now dangling and looks quite bearish, with the first near support from a longer-term orange ascending trend line around $1.39. That would result in a 25% correction and devaluation of its price and would see bulls fleeing the scene.. If the orange trend line should breach, expect the monthly S1 support at $1.20 to trigger bulls to buy the dip with Cardano quoting at a very attractive discount. 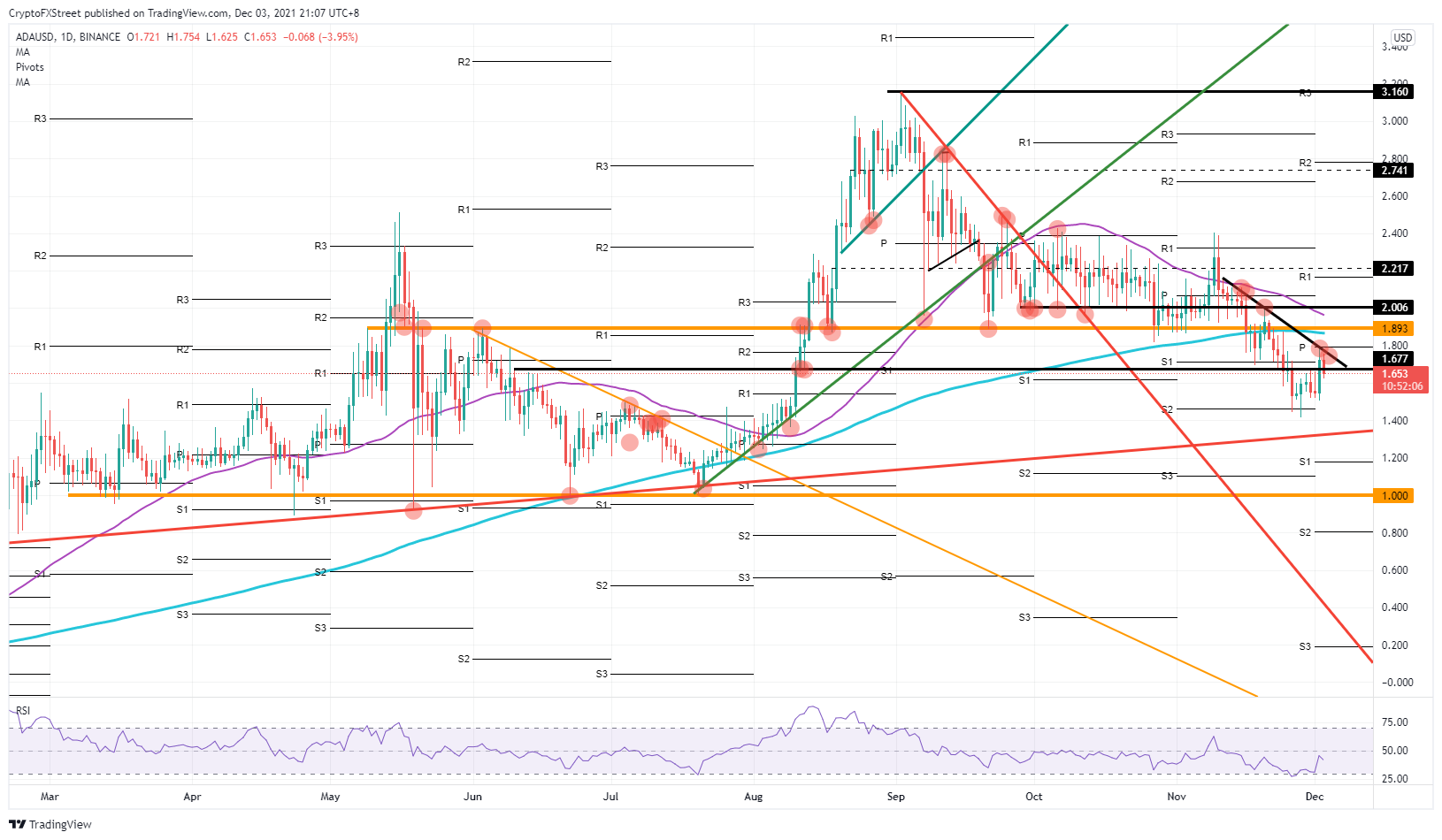 If bulls were to return – because of some overall tailwind emerging in global markets, say – expect a successful break above the black descending trend line and the monthly pivot to test  $1.90 and $2.0. That area will prove to be a hard nut to crack because of two crucial resistances very close to one another. Once through, the price could excel further towards either 2.21 or 2.74.